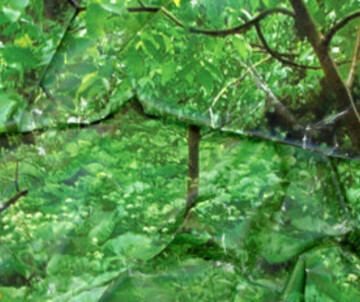 What if reality were just the sum total of subjective facts and individual fictions? Tanya Beyeler and Pablo Gisbert, who began their successful collaboration as El Conde de Torrefiel in 2010 and caused a sensation at the Wiener Festwochen in 2018 with La Plaza, feel that the idea of one shared reality is outdated. Taking as their starting point a world that is no longer tangible, in Una imagen interior (An image from the inside) they document the cultural and political mechanisms out of which our current realities emerge – and extrapolate them to the point where they become blatantly obvious. Theatre has long ceased to be the only venue for spectacular stagings and self-promotion, but is the stage perhaps the realest action locus for our imagination? El Conde de Torrefiel have chosen to play naturalness and artificiality, spontaneity and simulation off against each other in an unconventional composition of minimalist choreography, alluring images and particularly pithy narration. It is a ruthless close-up look at a present that shatters into fragments. With a prophecy of the future included.