Rebecca Schneider: Arts of Gesture in Lateral Time and Questions of Transmission

Rebecca Schneider: Arts of Gesture in Lateral Time and Questions of Transmission 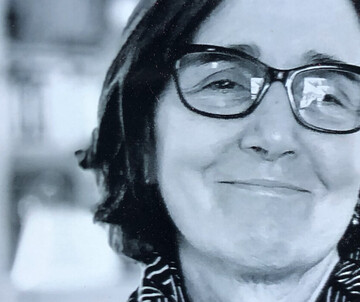 In this talk, Rebecca Schneider will lift out key concepts from a current book project on gesture titled Standing Still Moving: The Arts of Gesture in Lateral Time. Thinking about gesture as a means of amongness, wit(h)ness, and besideness in time-based arts, Schneider will explore the idea of bodies and objects as cross-temporal, gestural, and composed in and as recurrence. When not only biological bodies but objects moving in geologic time are approached as inter(in)animate agents that gesture, call, and respond, how might ideas around arts transmission and conservation change? To take up this question, we will think together about how gesture, body jumping, and dance might be considered modes of memory and ethics of response-ability.

Preceding Rebecca Schneider’s lecture, Performatorium invite everyone interested in digging a little deeper to a Book Club. The focus will be on reading selected texts, among others, a 1998 text by Indigenous leader Robert Joseph of the Kwakwaka’wakw Nation of the Pacific Northwest of Turtle Island titled Behind the Mask from the Vancouver Art Gallery exhibition catalogue Down from the Shimmering Sky. Bibliographic information: Robert Joseph, Behind the Mask, in: Down from the Shimmering Sky: Masks of the Northwest Coast, ed. Peter MacNair, Robert Joseph, and Bruce Grenville, (Seattle: University of Washington Press, 1998).

In English, via ZOOM