Marta Navaridas: Stomach - or how can we be with each other?

Marta Navaridas: Stomach - or how can we be with each other? 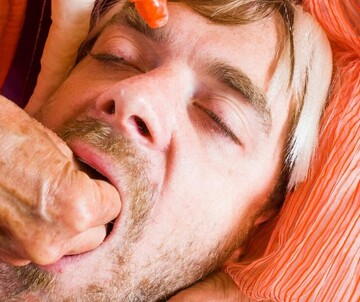 Marta Navaridas’ latest work examines the hierarchy of the senses in Western culture. Seeing and hearing are regarded as ‘higher’ senses – they are associated with superiority and the respective dominant social groups. The senses of smell, taste and touch, however, are believed to be animalistic features, drawing us ever closer to the animal kingdom, and are mostly evoked in connection with women, workers and racialized bodies.

Navaridas’ three performers, which seem to be stranded on a utopian island, oppose this order through forms of encounter, joy, lust and interaction which blur the lines between inner and exterior body features, celebrate odours and collectively and radically reject a hierarchy of our senses as well as the questionable nature-culture divide through sound and vocal escapades. A joyful tribute to the ‘inferior’ senses.