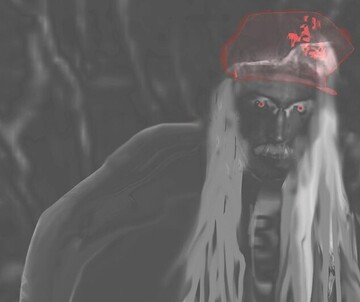 Sunset Z explores the idea of processes of mutation, the theme of a fragmented reality, the polymorphism of the human condition and the expansion of meanings and functions. The narration as an activity that moves through the room, the light, the characters, the sound, makes of every element an actor. Zastava tries to short circuit the correspondence between the concept and its meaning, to dissolve the preset of notions of culture and its cliché.

Sunset Z is based on methods of repetition and formations of interrupted shapeshifting. It is organized like a puzzle and speaks the language of opening flowers, flapping wings, crispy baked hearts, engine hallucination and shattered waterfall. Object-replicas of different transcendental states are scattered around, resembling artefacts from other dimensions. On stage, the performers merge with the set and become active players for the elements in a loop of haunted gestures. The sound functions like a visitor, whose appearance is like the weather or an eclipse.

In May 2021, an online version of Sunset Z was shown on tqw.at as part of the Rakete festival. The piece will now be performed in front of an audience for the first time in an extended version.