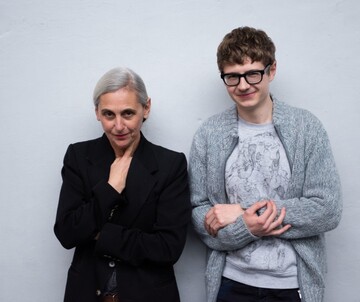 It was a pairing waiting to happen! The great choreographer Anne Teresa De Keersmaeker has turned her attention to Johann Sebastian Bach’s Goldberg Variations. Repetition and variation are the two defining parameters of this radically resolute composition published in 1741. And repetition and variation are also two vibrant constants in De Keersmaeker’s œuvre spanning four decades. With strict geometric rigour, the music and the physicality unleash free associations. Already while working on one of her first and best-known choreographies Fase, Four Movements to the Music of Steve Reich in 1982, De Keersmaeker had been thrilled by Bach’s ‘clarity, sense of detail and controlled sophistication’. Her lifelong fascination was recently in evidence in The Six Brandenburg Concertos, performed to resounding success at the 2019 Wiener Festwochen. She returns this year with a world premiere. With The Goldberg Variations, BWV 988, the choreographer has created a new signature move for herself, picking up from the solo she performed in Fase. Together with the outstanding young pianist Pavel Kolesnikov, they turn Bach’s often heard Goldberg Variations into an event not to be missed.