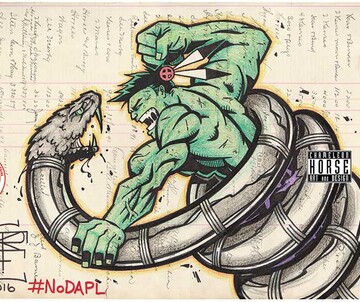 As a tragic but coherent result of extractivism – a predatory attitude towards natural resources and the web of life – the COVID19 pandemic is both a consequence and a blockage of the globalized neoliberal economy. Like many other sectors, the arts have been hit, blocked and slowed down. The impact of the pandemic has highlighted limits and inadequacies of our neoliberal art world: a system where the epistemic capture of radical themes, claims, theories and images seems to guarantee the reproduction of a structure solidly anchored to capitalistic priorities, rather than opening spaces of social transformation. Although no easy solution is in sight, it is still possible to focus on some crucial points to orient ourselves and to act in the present situation: the potentiality of alter-instituent practices; the transformation of the art mobility regime from neoliberal nomadism to radical permanence; the discovery of a decolonised dialectics in place of the paternalistic aesthetics of dialogue; the deconstruction of the link between art and rent in favor of institutional models of care, and much more.

Marco Baravalle is a member of S.a.L.E. Docks, a collective and an independent space for visual arts, activism and experimental theater, founded in 2007 and located in what was previously an abandoned salt storage facility in Dorsoduro, Venice, Italy. The programming of S.a.L.E. Docks includes activist group meetings, formal exhibitions and screenings.
Baravalle is a research fellow at INCOMMON. In praise of community. Shared creativity in arts and politics in Italy (1959-1979), a project hosted by IUAV, University of Venice.
He teaches Phenomenology of Contemporary Art in the MA in Visual Arts and Curatorial Studies program at NABA (Nuova Accademia di Belle Arti, Milan).
He is a member of IRI (Institute Of Radical Imagination), a collective inviting political scientists, economists, lawyers, architects, hackers, activists, artists and cultural producers to share knowledge on a continuous basis with the aim of defining and implementing zones of post-capitalism in Europe’s South and the Mediterranean.

The presentation will focus on ongoing research on rights of nature and urban resistance based on works and videos shot in various locations (Ecuador, South Korea and Italy) and on “Vilcabamba – de Iura fluminis et Terrae”, which will appear in the 2022 Sydney Biennale. Project partners are the Global Alliance on the Rights of Nature, the International Tribunal on the Rights of Nature and a collective of Australian aboriginal artist and academics. It will consist of a video and a music piece created using GPS data from rivers with legal personhood. Other works to be presented will deal with hacking smart cities, resisting extractivism and reclaiming the rights of urban ecosystems.

A4C – Artsforthecommons, a collective platform founded by Ecuadorian visual artist Rosa Jijon and Italian activist Francesco Martone, started working on migration and borders with exhibitions in Ecuador, Italy and Slovenia, and a publication on migration and contemporary arts. Current areas of work include extractivism, rights of nature and urban commons.

Climate justice movements have long contributed significantly to efforts to identify and make visible the global threat posed by the environmental crisis. Acts of “overground resistance” on a massive scale have directed attention to narratives unlike those global geopolitical elites and mass media: climate “crisis” and imminent collapse as opposed to mild climate “change”; deceleration and a process of retreat as opposed to “sustainable development”.
But what are the terms of the ecological transition that we must undertake now? How might such movements act both as resistance apparatuses and propositional devices? Today, more than ever, we need initiatives that help us foster our collective imagination with the possibility of non-dystopic futures, of affective political strategies weaving resilient communities. What role can art play in this? What imaginaries can it activate?

Amanda Masha Caminals is co-director and curator of the Mutant Institute of Environmental Narratives (IMNA), the artistic laboratory for climate of Matadero Madrid. Previously she directed the CITY STATION of the Environmental Health Clinic by artist Natalie Jeremijenko at the Centre for Contemporary Culture of Barcelona (CCCB). She founded the organization Translocalia, a network of artists, curators and designers to plan for the future through art, and is an advisor to the STARTS Prize program run by the European Commission. She has worked in institutions including the Institute of International Visual Arts in London and Casa Triângulo in São Paulo. She holds a BA in Humanities from Pompeu Fabra University in Barcelona, a degree in History of Art from the University of Barcelona and an MA Hons in Curating Contemporary Art from the Royal College of Art in London.

Within the frame of ‘tentacular thinking’ (Haraway, 2016), Seeing through flames will reflect on art’s potential to transform our modes of seeing, and to translate this shift into lasting social change. Departing from an intersectional standpoint, the talk will virtually bring together multiple artistic practices that pursue a political impact while also actively disengaging from the universalizing discourse of the Anthropocene underlining, instead, the multiple levels of discrimination that must be taken into account when organizing collective action.

Vanina Saracino is an independent curator. Her work focuses on man-made environmental breakdown, climate justice, and more-than-human minds, with an emphasis on lens-based and time-based art practices. She is currently co-curating the upcoming Screen City Biennial Other Minds (2022) and lecturing at the Universität der Künste (Berlin) and MFA Fine Arts, Bezalel Academy of Art and Design (Tel Aviv).

In the framework of VIENNA ART WEEK 2021.