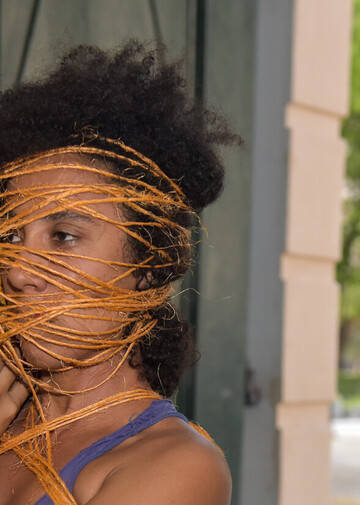 The exhibition project “WELT KOMPAKT?” focuses on transdisciplinary artistic practices that have come into play along with our increasingly more direct access to information, communication tools, and social media. The use of social media channels such as Instagram and Facebook alters our sense of near and far, our awareness of intimacy and distance, of bodily presence, absence, and political mobility. What influence does social media have on how so-called “glocal” (global & local) projects and ways of living are organized? How does social media affect processes around freedom of expression and freedom of choice, or the democratization of knowledge and information transfers?

Collective modes of work as well as advocacy on political, social, ethnic and anticolonial issues comprise a major aspect of activities pursued by the artists participating in this exhibition – as do questions as to the ambivalences and dichotomies of artistic processes. They deal with a re-formulation of notions of democracy and a re-transfer of art into life, applying various methods of visualization with their inherent processes in media such as video, installation, sound or performance.

What is at stake is the relationship of current artistic production vis-à-vis genealogies of cultural and medial forms of appropriation. Curator Ursula Maria Probst explores the relationship between contemporary artistic production and genealogies of the processes of cultural and media adoption. Activities will be initiated that result from artists’ personal reactions to their environment or their desire to influence it. The projects deal with resulting aspects of the value-formation and their argumentation threads. A hegemonial, Eurocentric knowledge tradition based on power structures is subject to analysis through artistic projects. Important criteria here are the aesthetics of post-porn and decolonialization statements, the creation of spaces of intimacy and performance as a site of interaction.

“Thinking from the Knowing Body” was the title of a lecture given by the Brazilian social psychologist Suely Rolnik in Vienna in 2016. According to Rolnik, we decipher the world as a cartography of forms that can be associated with representations we have in our cultural memory; this is how we situate ourselves. We experience the world as a living body. Here it is not about images and concepts but about a physical condition, an expanded kind of knowledge. The body is very real and is part of the world.

The starting point for the “WELT KOMPAKT?” project was researches and journeys to Latin America, meetings in Sao Paulo and Rio De Janeiro, with artists and activists whose art practices deal with questions of decolonialization. “The people will keep protesting until there is a return to a democratically elected government!” At the moment, the public perception of Brazil around the world is shaped by the political and economic situation: protests, mass demonstrations, outbreaks of violence, restrictions through a government who was not elected by the people and struggle of indigenous peoples for their land and live. “WELT KOMPAKT?” raises questions pertaining to how various social media change our view of the world and to which subliminal political dynamics are made visible by them. As a project, “WELT KOMPAKT?” deals with the interlacing of art and life in works by artists living at Brazil and artists based at Austria, including how they deal with local living conditions and engage in exchange with their colleagues. What opportunities does the present-day social context offer to artists, and what breaks with the pre-existing does it provoke? What genealogies, criteria underlying values, and lines of argumentation can be activated by art?

The artist Marie Carangi employs transdisciplinary technologies such as the handycam and theremin in her performances in order to articulate emancipatory demands through direct physical participation. One example is her protest against the ban on going topless currently in force in Brazil.

“Remix Textures” by Giseli Vasconcelos & Mateus Moura is a video production remixed from the cinematography of the Amazon.

The sound system from Caetano is a device for exercising democracy, it aims to give voice to groups without filters, it intends to bring an unusual combination of peoples together and to occupy the oppressive white cube with colors.

In his project “Multitude (brava gente),” which has been running since 2006, Lucas Bambozzi uses the technique of a multitude sequence to show 100 members of the indigenous population in São Paulo sharing a single moment of experience together. Here Bambozzi draws on the ideas of Michael Hardt and Antonio Negro about the conflict between the individual and the collective and reflects on the condition of the individual as an “inter-agent” in the field of art and technology.

In his work, Luiz Roque intensively deals with science fiction. During his research, he met the writer and performance artist Jota Mombaca, who writes about science fiction and how it can transform a reality that can be dangerous and discriminatory into imaginary freedom.

The artists Kadija de Paula and Chico Togni spent January 2017 living in the Q21/MuseumsQuartier as Artists-in-Residence. During this time they practiced “dumpstering” daily and found foodstuffs with a value of over EUR 600, cooked for over 50 guests, and served up 200 dishes in 4 happenings, which were held in their studio every Saturday during their residency.

The project by Dudu Quintanilha investigates the question of how artistic forms of articulation can be used to develop new models of communication.

The video “I Am Cos” (2016) by Axel Stockburger is part of a series of works looking at “Cosplay” culture, a form of fan culture that originated in Japan in which fans dress up and interact as characters from anime or computer games. “Cosplay” is a global phenomenon and highlights how virtual forms of identity are transferred into real life situations. In the work “I Am Cos,” Axel Stockburger focuses on the “Cosplay” scene in São Paulo’s Liberdade district, where costumes are regularly worn in public.

Roberta Lima’s installation “Queer Way,” assembled from mirrors, bars, and optical equipment, transfers her experiences as a migrant and feminist into public space.

The large-scale installation by Daniel Lie consists of panels of fabric hung like flags, on to which images of the marks on the skin, or stigmas, caused by allergies have been appliquéd, thus creating a visualization of how practices of selfies and ritual gestures are interwoven.

Ines Doujak has been assembling her project “Loomshuttles/Warpaths, Eccentric Archive 1-48” since 2010 through a critique of ethnographic image collections, which shape our perceptions of people from other cultures. She uses poster design to create alternatives to hegemonic forms of knowledge production.

The multimedia installation “LÌNGUAS E LÌNGUAS” (2012) by Elke Auer and Esther Straganz shows intertwined bodies. It plays with the double meaning of the Portuguese word “lingua,” which means both “language” and “tongue”.

Juliana dos Santos' project “mesh” is a proposal developed for all who want to participate in an exercise of reflection on ways of being and being together in a great system interconnected by movements, dialogues, agreement and negotiations.

The audio files from MARSSARES used in the performance are recordings and productions by the artist while residing in the Q21 in Vienna, from the street to movie theaters. Part of the electronic programming is imbued with a living load of experience within the city. From the tropics to Europe, comings and goings between Rio de Janeiro and Vienna, the passages for immigration, structure and improvisation, the essential and the surplus.


“WELT KOMPAKT?” is organized in cooperation with the Arts and Culture Division of the Austrian Federal Chancellery and the Federal Ministry for Europe, Integration and Foreign Affairs.

Photos of the Opening Night 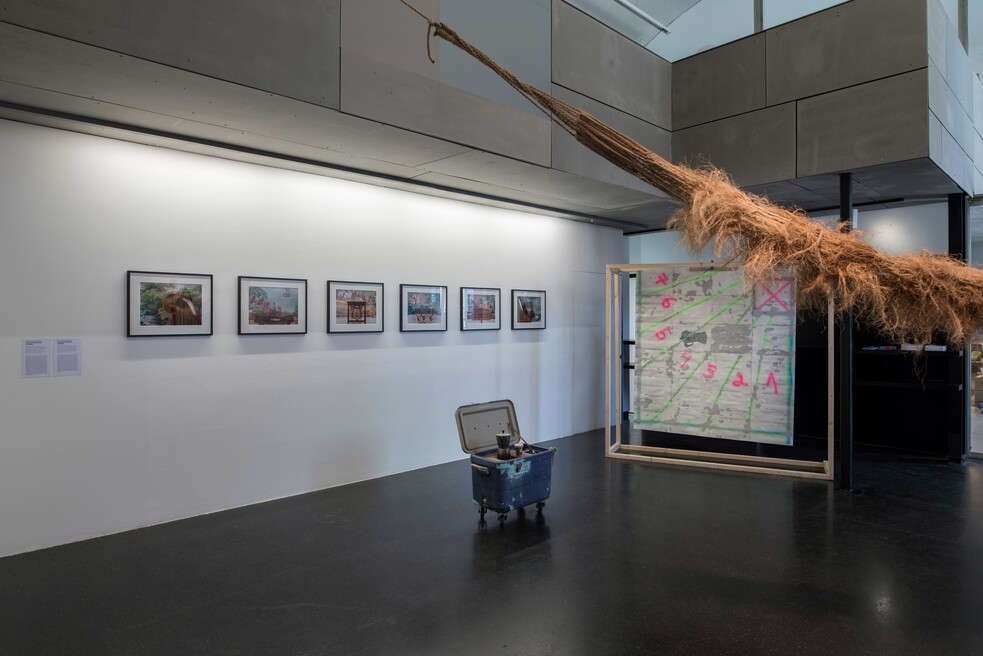 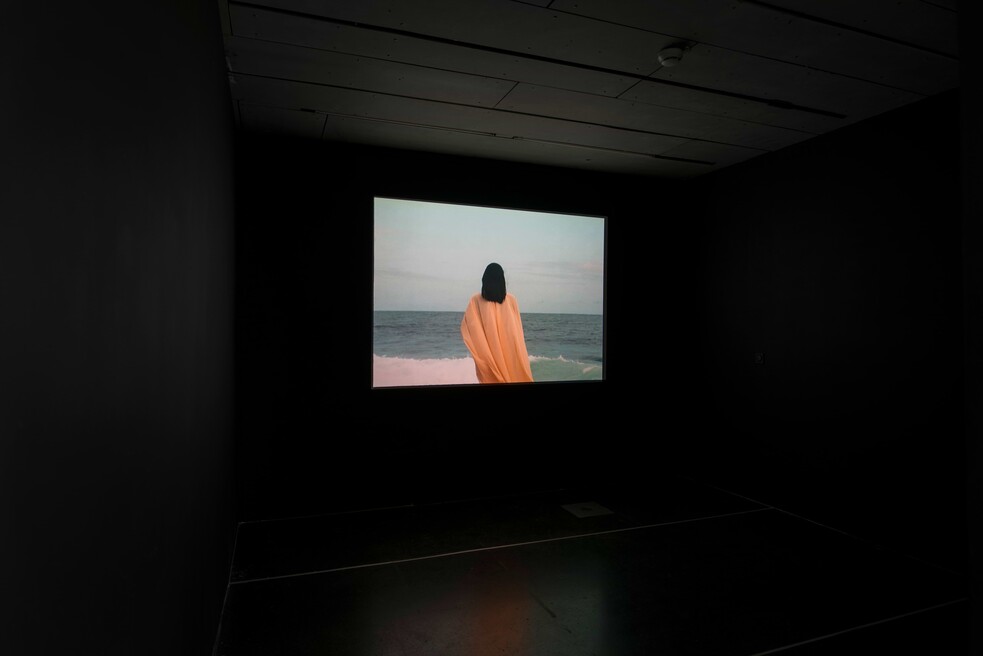 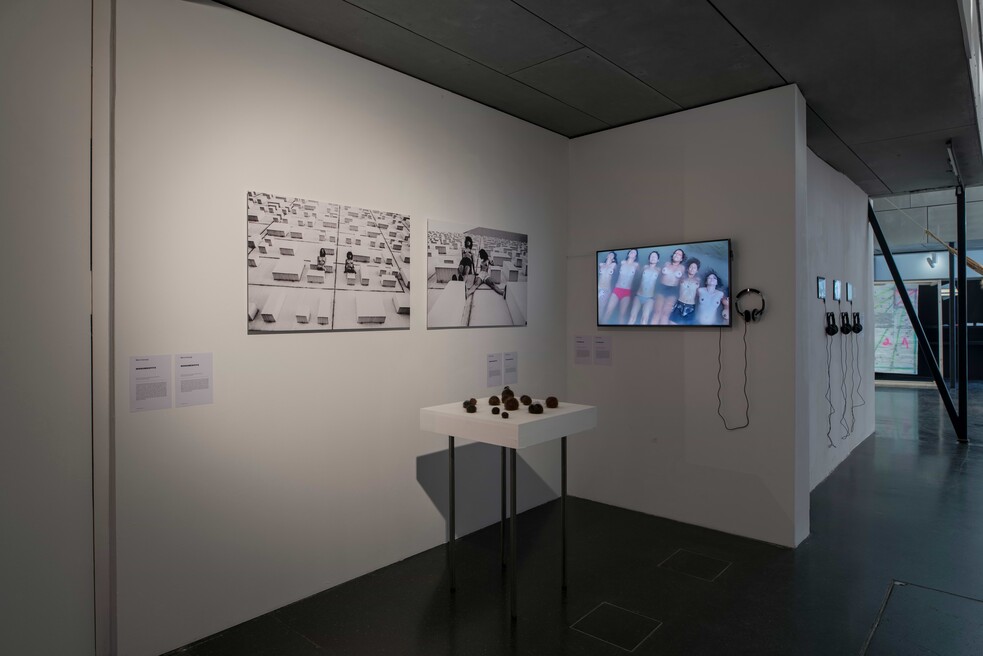 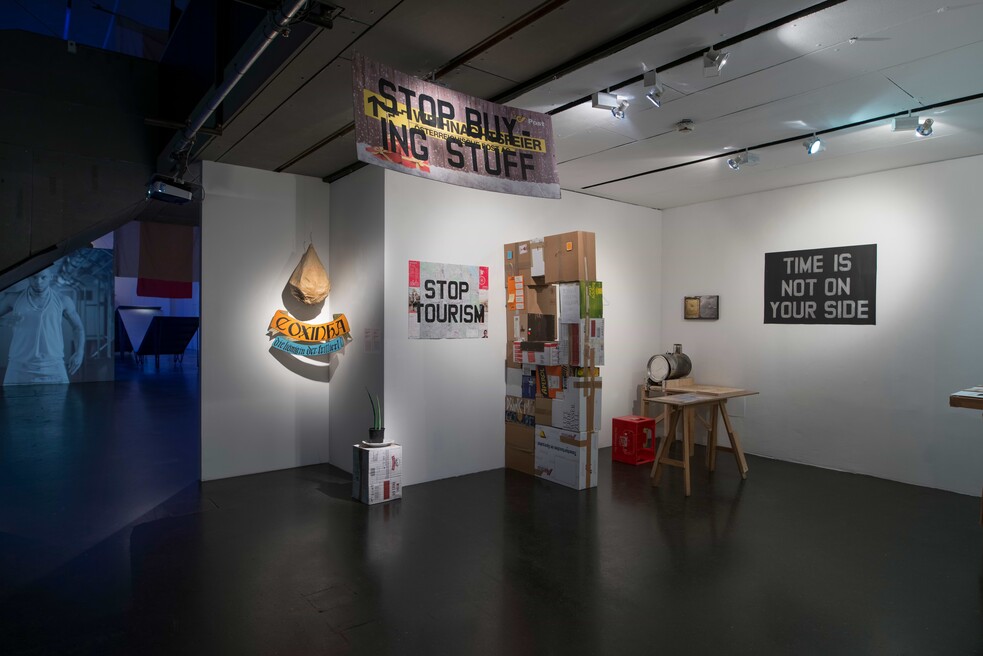 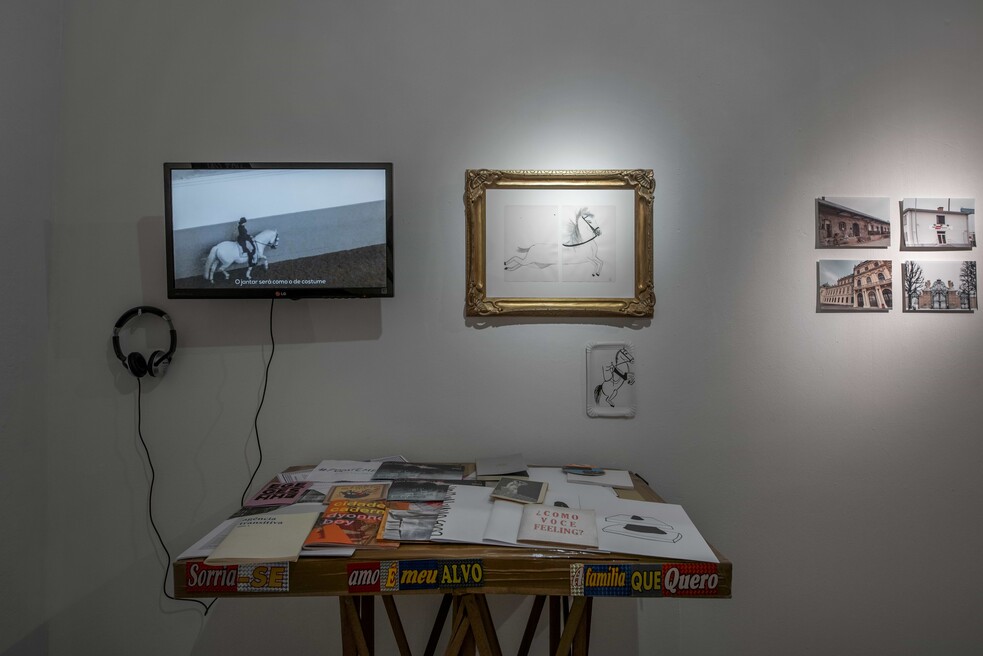 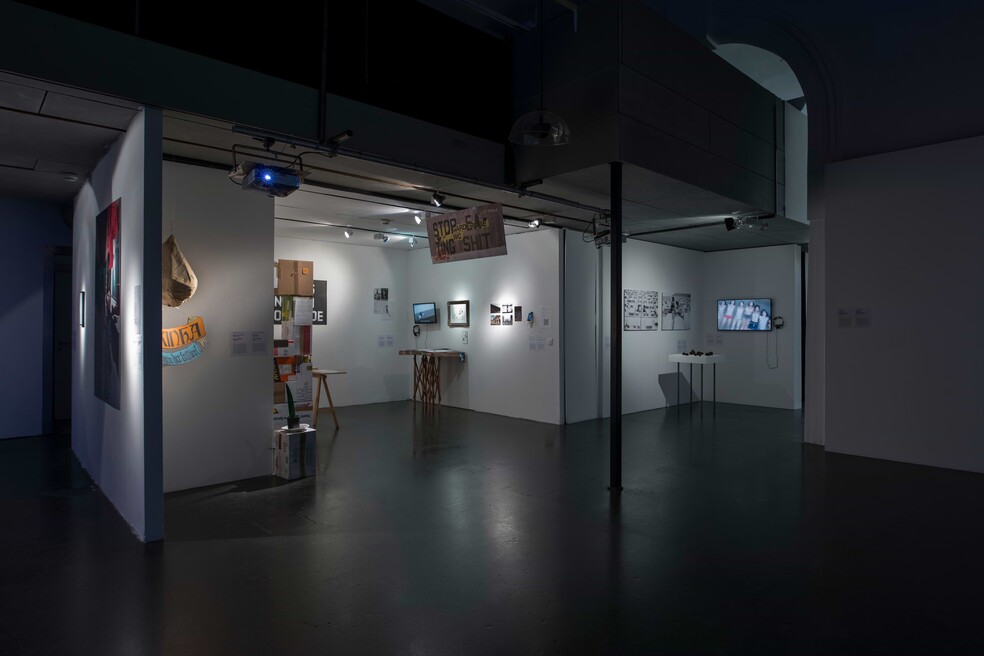 Miss G, a.k.a. Giorgia Conceição: Burla or how to make a cheap cut? 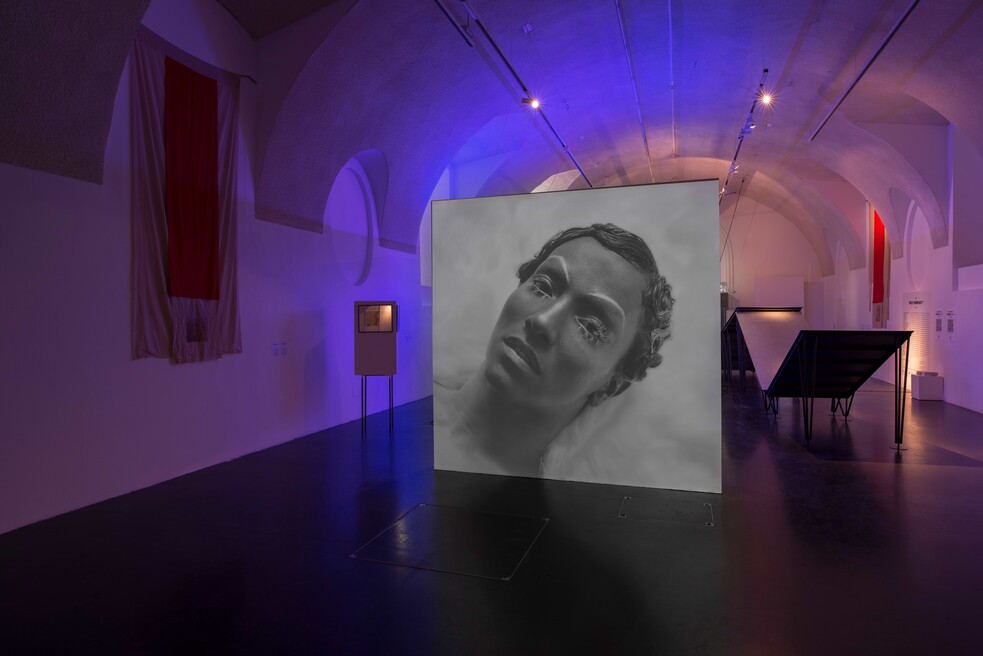 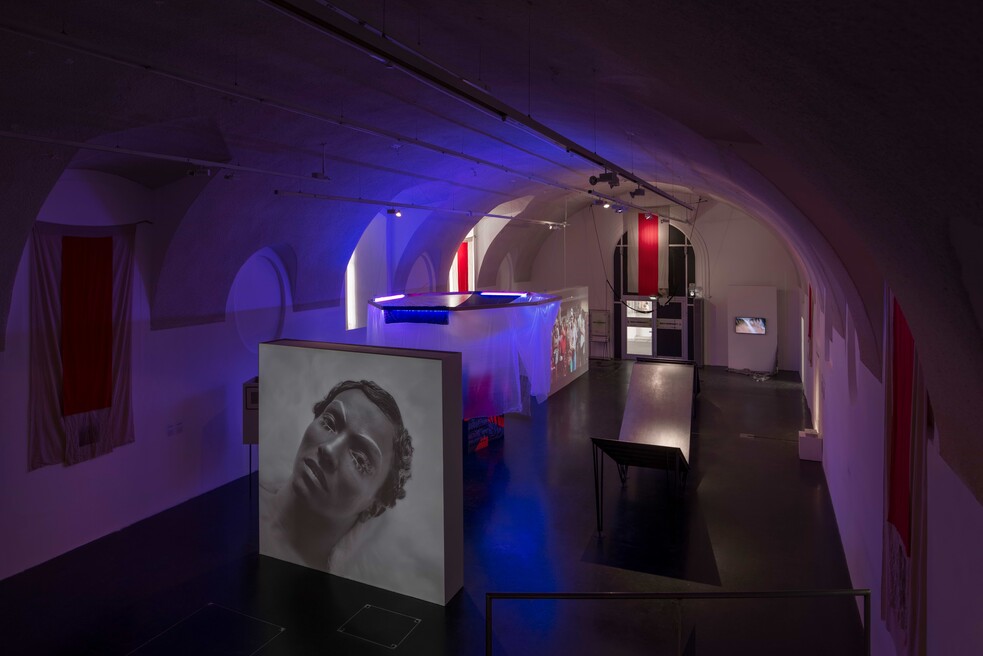 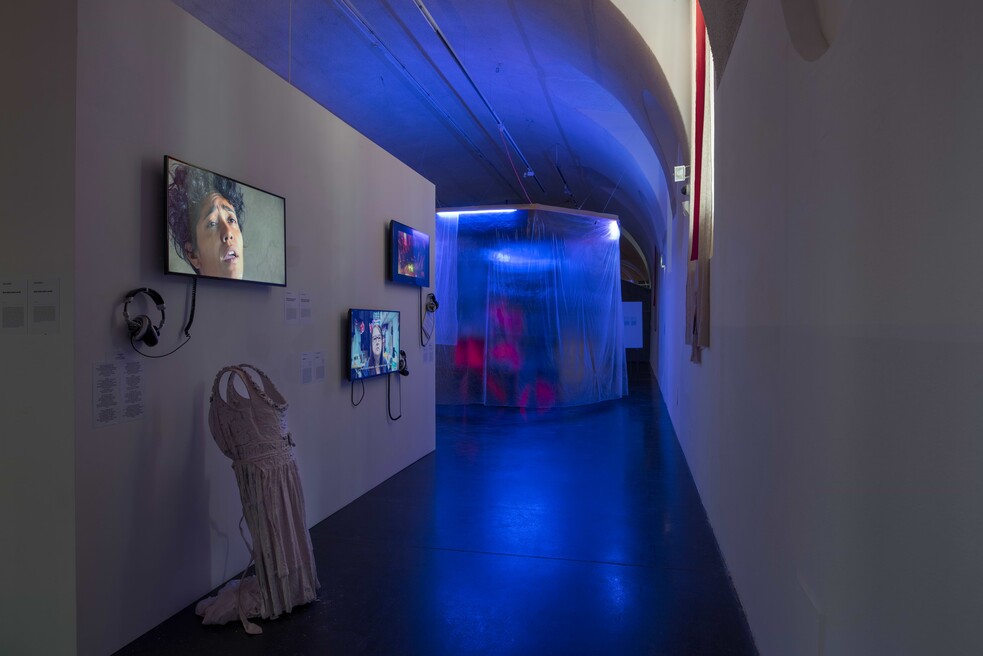 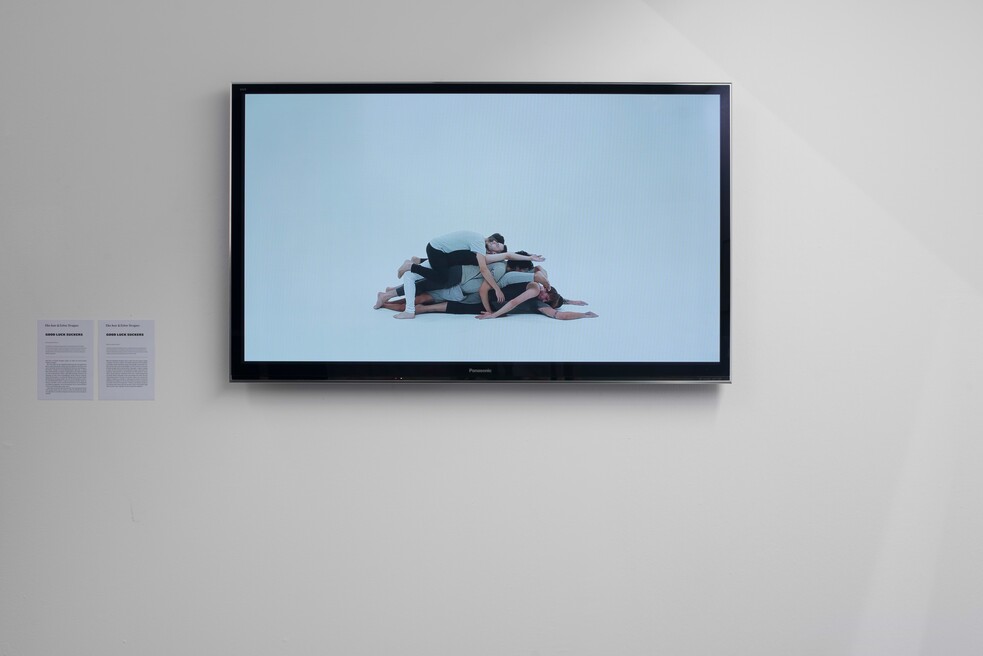 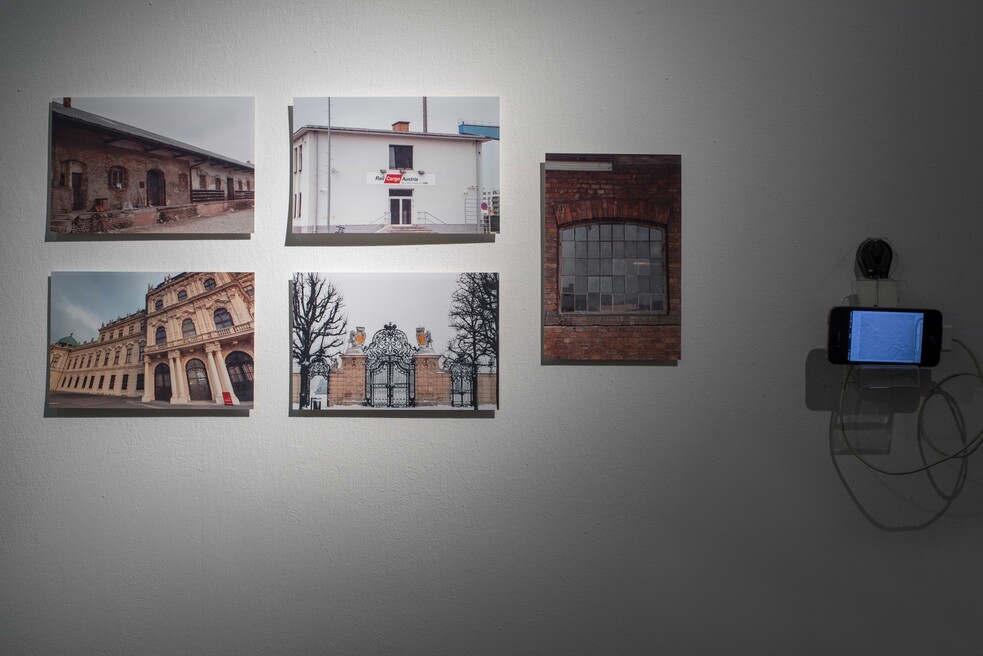 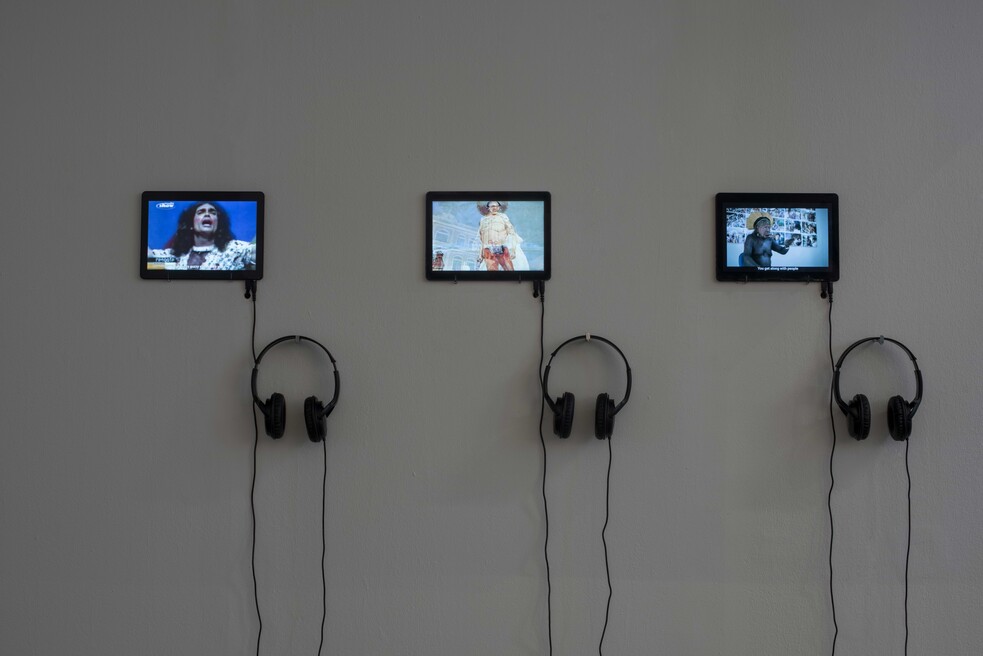 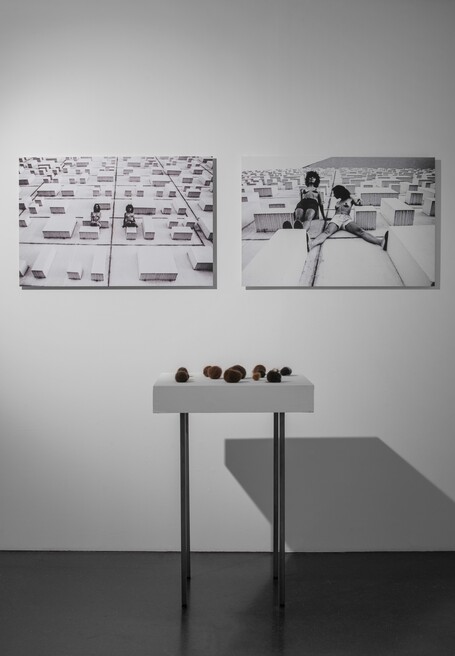 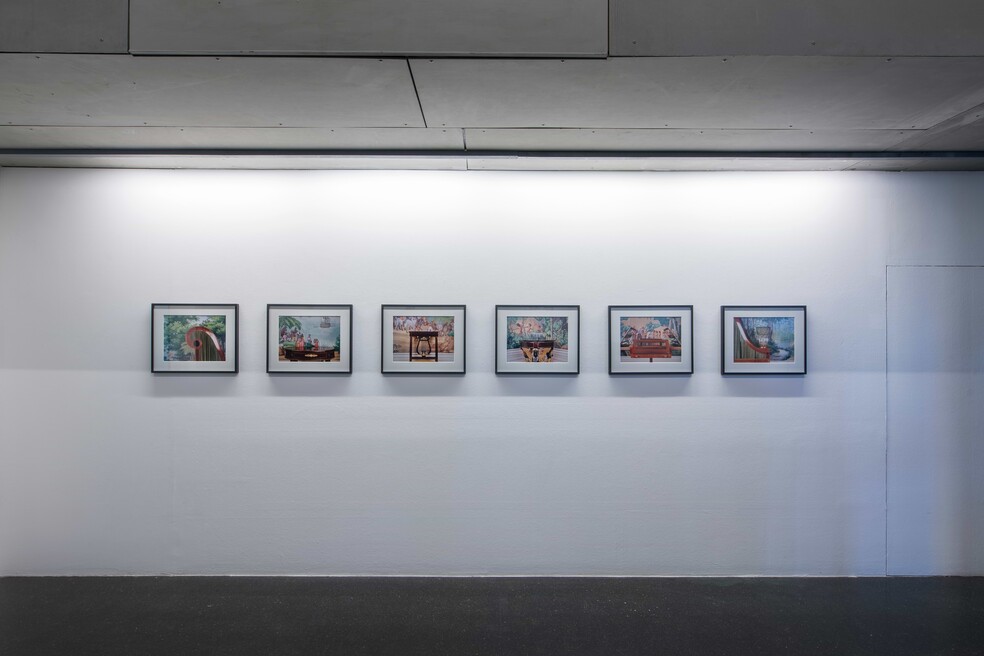 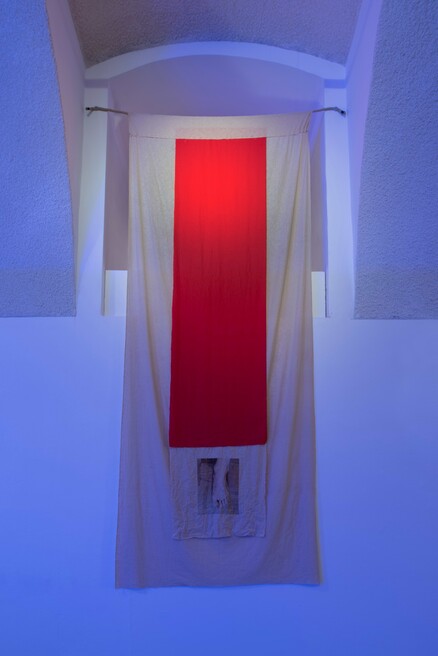