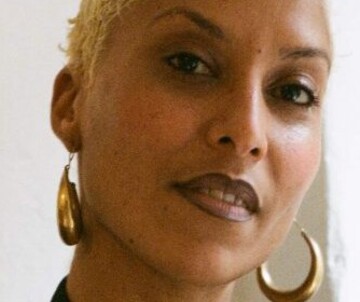 Limina (plural of “limen”: a threshold in which a stimulus can be said to trigger a psychological or physiological response) attempts to slow down the perception of time through an immersive, hypnotic sensory environment that attunes the audience to listen deeply into the substructures of sonic phenomena. It cultivates tension between dense textures and expansive soundscapes, inviting psychoacoustic illusions and hallucinations through gradually evolving sound masses. Limina is designed to be performed alongside Dominican-American choreographer Ligia Lewis’s solo Sensation 1 and can be understood as an homage to that powerful sculptural study of embodiment and performative identity. The works are presented in sequence rather than simultaneously. This juxtaposition creates a dialogue that allows the works’ atmospheres and apperception to interpenetrate in a diffuse, hybridized, and individual way rather than through the direct correlations that arise from simultaneity: Our memory of the first work persists as a shadow during the second, shaping affect and meaning, to name just one effect.

“Limina invites to surrender into a complexly embodied sonic space that embraces raw sound as both a manifestation of and refuge from an unnameable external force. In simple terms, Limina is concerned not just with sound but with tactility—that is to say with touch, with the capacity to feel, and with the sensation of being touched.” – Mark Barden

“The gesture of song animates the seemingly static body, giving form to an intensified interior and exterior space of the body.” – Ligia Lewis on Sensation 1

In cooperation with Wien Modern