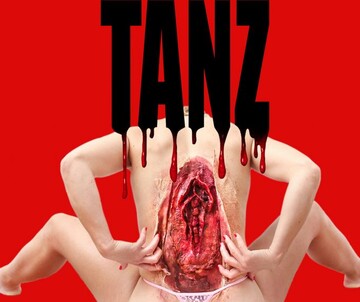 „Feminism, of course, has always been an exercise in science fiction.“ — Laurie Penny

Florentina Holzinger has enriched the international performance scene with dizzying acrobatics, muscular women’s bodies and martial-arts fight scenes since 2011 – a generous helping of pop-cultural references and a penchant for trash included. TANZ completes her trilogy – Recovery and Apollon were the first two parts – about the body as a spectacle, and its disciplining. A ballet class under the direction of Beatrice Schönherr, the first ballerina to dance Le Sacre de Printemps naked (John Neumeier’s Le Sacre, 1972), provides the framework for TANZ. The performers undergo rigorous training in “action ballet”, the so-called “sylphic studies”. In joint rituals, they learn to master their bodies and minds, and they acquire supernatural powers, such as flying. A quest for perfection in an ephemeral world, during which the gross is transformed into the sublime. In an operatic setting, brutal parodies of sensationalist images emerge, as seen in ballet, comedy and pornography. The gaze regime finds reflection in the character of a porn producer who documents the performance. With a cast of women between the ages of twenty and eighty, all of whom have different backgrounds in dance, TANZ raises the question of the legacy of dance. How can the cult of beauty inherent in this tradition be reconciled?