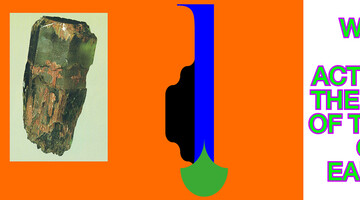 Say Say Say, Inc. is a design laboratory run by Jutta Wacht and René Poell based in the MuseumsQuartier Wien and in Hell’s Kitchen, New York.

Say Say Say, Inc. explores codes, sensations, and objects of the present and past to transform them into new visual possibilities and future design languages. A multisensory combinatory play that moves between sensuality and logic, aesthetics and technology, pop culture and philosophy.

At Say Say Say, Inc.Studio, that operates in the fields of art and design, we work as art directors and designers, on the side we are publishers of Periodikum magazine, and we create installations for our exhibition space Antichambre here in the MQ.

How long have you been at Q21?

What are current challenges?

What does design mean to you?

According to the Lexikon der Ästhetik (Henckmann/Lotter, Beck, 1992), "design aims to give objects of everyday use an aesthetically satisfying form and to contribute to creating a humane living environment". We'll just go along with that. And after all, we would like to make a modest contribution to making this world a more bearable place. Well, and then there's the crucial aspect of imagination. Imagination is not only the uniquely human ability to imagine what is not, and thus the basis of all invention and innovation – it is, in arguably its most transformative and revelatory capacity, the power that enables us to empathize with humans whose experiences we have never shared.

Who are your role models and why?

Thomas Bernhard, because he wrote what needed to be said. Although many did not want to hear that. People who, despite political or religious persecution and oppression and the resulting threats to their lives, fight for justice and human dignity. People like Martin Luther King or Mahatma Ghandi, who called for nonviolent resistance. Simone Weil, because in striving not only for lost values and morals, but also for aesthetics and poetry, she wanted to show new ways. And, of course, the Model 101 from Cyberdyne Systems. His deeds as the T-800 in Terminator 2 (i.e. those from 1991) we actually find quite good: participating in a positive future for humanity and putting the bad guys in their place completely unimpressed.