mumok Kino: Nina Yuen / The Doomed Gesture In All Its Forms

mumok Kino: Nina Yuen / The Doomed Gesture In All Its Forms 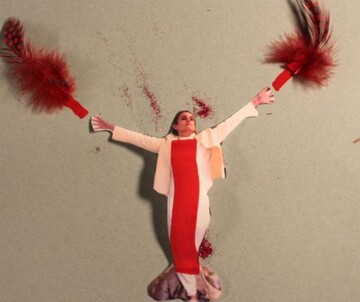 Drawing from sources including her own memories and experiences, literature, poetry, science, and art history, Nina Yuen merges the personal and the universal in her videos. Incorporating herself into her films as protagonist and narrator, she builds dreamlike, loosely constructed scenes out of hypnotic image series that seem to unspool into snippets of music and the rhythm of her voice, as she recites poetry, reads passages from a wide range of texts, and recounts her own and other people’s memories. Though such weighty philosophical themes as death, time, and beauty run throughout her films, Yuen’s humor keeps things light, surprising, and strange.

Presented by Nina Yuen and Katrina Daschner
The event is held in English.

Katrina Daschner is an artist and filmmaker and lives in Vienna. Since 2017, she is one of the curators for theory at Tanzquartier Wien. Exhibitions / festivals (selection): DASCHNER, Neue Galerie Graz (2018); Internationale Kurzfilmtage Oberhausen (2015, 2016, 2017); re.act.feminism #3, Fundació Antoni Tàpies, Barcelona (2012).