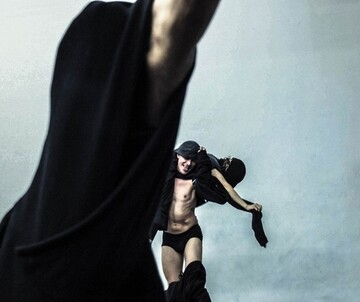 The Babylonians were properly vainglorious when they built their sky-scraping tower in an attempt to get closer to God. They envisioned a structural as well as a logistical feat. As, for better or worse, logistics always depends on effective communication, persistent disruption thereof was enough to cause the downfall of the insurgent high-rise project. Directed by Chris Haring, winner of the Golden Lion at the 2007 Biennale di Venezia, the Austrian group Liquid Loft has dedicated a multi-part project, Foreign Tongues, to the ramifications of this disruption. They present a special version for Vienna at ImPulsTanz. Language becomes physical in Babylon (Slang), and the confusion-of-words game turns into a sensory maze of diverse expression. Because time has transformed the punishment into an advantage, the monotony into a rich spectrum not only of languages but also of dialects and slangs. They are music to our ears, sometimes familiar, frequently puzzling and always challenging.