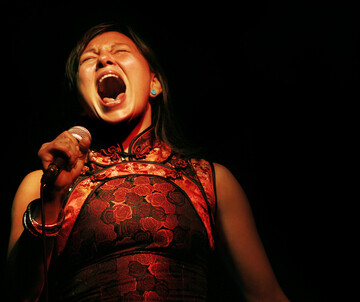 The practice of “casting” inherent to the logic of making theater and film often transpires to be a prism for the relationships between directing and acting, as well as interpretation and representation in the light of questions of power and self-empowerment, or dominance and subservience, and in a frequently sexualized context. In the course of “ludic capitalism” (Alexander R. Galloway), casting as a show format has long entered private television and has also come to play a key role in the world of labor and the so-called social media: as the popular genre of the casting show exemplifies, this is on the one hand a matter of a competition between different (performative) “skills” and “talents,” and on the other hand a public act of (self-)evaluation and selection. This film series addresses relevant discourses in game theory, behaviorism, and cybernetics, and aims to explore exemplary artistic and cinematic works in terms of the conceptual and reflective implications of casting as a sub-genre of rehearsal. This is seen as an illustration of collective (re-)interpretations of normative role patterns and requirements for achievement, and also as a barometer for changing relations between reality and fiction.

The first evening of the series Casting a Shadow explores the forgotten stories of extras in cinema, looking at the desires that people undergoing casting always feel. The word “casting” is used in sculpture to denote a shape-giving technique. In a similar way, it is possible to see the selection and combination of performers for a film as a forming process. The film The Beginning, Living Figures Dying alludes to this, when a fight between performer and character is shown using a large number of film excerpts in a masterful sequence. During the shooting of the film Ben Hur (1959) thousands of extras who had not been employed tried to break down the gates to the Cinecittà film studio in Rome, wanting to get work. In The Cast (Procession), these angry protests are performed again by actors in the Roman theater Teatro Valle that was occupied in 2013. Actors of Profane History, a collaboration by Elena Vogman and Clemens von Wedemeyer, sets out to find the kind of faces that Sergej Eisenstein used for his lost film Bežin lug(Bezhin Meadow) (1935–1937), in a montage that analyzes the casting cards from the Moscow film archive. Marinella Senatore’s Nui Simu mixes a fictional plot with a search for real mine workers in Sicily, although ultimately the whole film team and all the actors were casted in a workshop on location. Stefan Panhans’s film Pool closes this program with a single imperative: You just have to be yourself!

Sabeth Buchmann lives in Berlin and Vienna. She is an art historian and critic and professor of modern and postmodern art at the Academy of Fine Arts Vienna.

Constanze Ruhm lives in Berlin and Vienna. She is a filmmaker, artist, and professor of art and digital media at the Academy of Fine Arts Vienna.

Clemens von Wedemeyer lives in Berlin. He is a filmmaker, artist, and professor of expanded cinema at the University of Fine Arts Leipzig.