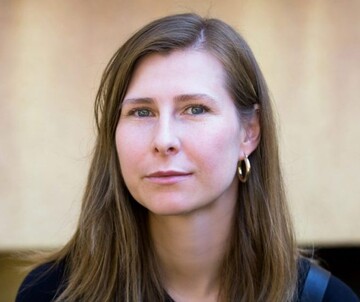 By presenting a short genealogy of the relationship between body and language, I will centre my lecture on dance practices that started to play with the dismantling of the ontological relationship between movement and body, especially in conceptual dance in the 90s. In its beginnings, contemporary dance established itself namely as an autonomous aesthetical form, with the body as the origin of movement that needs no intermediaries the way other art forms do, that needs no language or object, and therefore positions itself even in a certain ontological pole position. However, with the rise of conceptual dance, a schism occurred in the field of contemporary dance: a clash between pure dance (where one dances), and the so-called conceptual dance.

People began using the term conceptual dance almost pejoratively, in the sense that it deviated from the definition of dance as pure movement in time and space – often, dancing bodies just stopped still and spoke. Conceptual dance, however, doesn’t stop dealing with the body but rather acknowledges the body to be a result of diverse forces (of power and of discourse), as a problem, and as a field to find new ways of representation. In this sense, conceptual dance could be considered in terms of the material turn in philosophy, fundamentally marked by what Deleuze has called the conjunction AND. Conceptual dance starts to employ different tools to those that are supposedly immanent in the body: language and theory, history and historicity, etc. In this respect, I will be especially interested in the new ontology of body and language that always thinks in dualities, that thinks of language as the capturing of experience, codifying and normalising the experience so that it creates a communicable form, and that thinks of language as the ‘singularity of experience’ or a form of affective movement, dependent on the given situation and performed between affect and body.