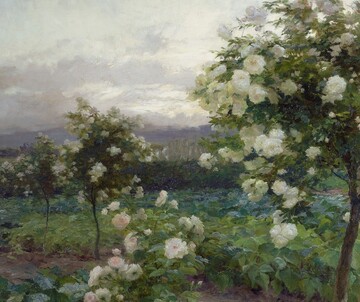 Along with Tina Blau and Marie Egner, Olga Wisinger-Florian (1844–1926) formed part of the avant-garde of Austrian landscape painting from the 1880s onwards. The Leopold Museum is dedicating the first large-scale solo exhibition to the oeuvre of this eminent Austrian artist at the turn of the 19th to the 20th century. In addition to landscapes and interiors, the artist, who was a colleague of Emil Jakob Schindler’s, primarily explored the motif of flowers. Using extreme perspectives and distant horizons, Wisinger-Florian experimented with new experiences of space and vision, and with her “close-up views” referenced the young medium of photography. Wisinger-Florian, who campaigned for women’s rights all her life, was among the most highly decorated artists of her time, and numbered the high aristocracy and the imperial family among her clients. The exhibition, curated by Marianne Hussl-Hörmann with the assistance of Alexander Giese, features a selection of paintings by Wisinger-Florian and is supplemented by photographs and biographical documents, from which the multi-talented artist’s meticulously kept diaries stand out most prominently: they afford singular insights into the artist’s world of thought and the process of evolution of her art.