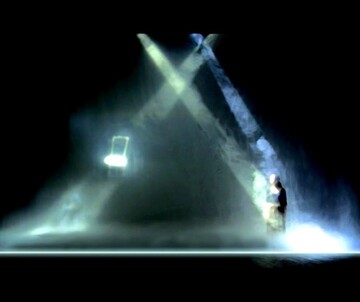 In 2004 the Japanese playwright and director Toshiki Okada made his breakthrough withFive Days in March. Today, this work is regarded as a milestone of contemporary Japanese theatre and has graced the stages of many renowned festivals around the world. It recalls five days in March 2003 – among them the day on which the US began bombing Iraq – from the point of view of a group of young Japanese people. What makes this work so fascinating and groundbreaking is the stark contrast: While war and protests are raging, the performers obsess about concerts, sex and friendship in the nonchalant slang of youth. As they spout strangely random, inarticulate monologues, their bodies perform completely disconnected, almost dance-like movements. Okada draws on Brecht to make the young adults’ mixture of apathy, isolation and fear tangible. Now, more than 10 years later, Okada is revisiting his work. He wants to take account of the changes in Japanese society, especially the increasing political involvement. Like a thin film, a new generation of performers lays the text over post-Fukushima Japan and examines in this Re-creationwhat has changed since the dawn of the new millennium – and what hasn’t.