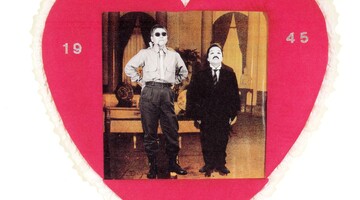 On the occasion of the 150th anniversary of diplomatic relations between Austria and Japan, the exhibition 'Japan Unlimited' (26 Sep to 24 Nov) will feature some of the most prominent and active artists from Japan who confront the limits and freedoms of political-sociocritical art. Curated by Marcello Farabegoli, the exhibition opens on Wednesday, September 25th at 19:00. A guided press tour is scheduled for 9:00.

On the occasion of the 150th anniversary of diplomatic relations between Austria and Japan, the exhibition 'Japan Unlimited' (26 Sep  to 24 Nov) will feature some of the most prominent and active artists from Japan who confront the limits and freedoms of political-sociocritical art. Curated by Marcello Farabegoli, the exhibition opens on Wednesday, September 25th at 19:00. A guided press tour is scheduled for 9:00.

Referring to two concepts that shape Japanese society and signify its characteristic codes of behaviour - Tatemae ('masquerade', that which meets the expectations of the public) and Honne (the feelings hidden from the public) - the exhibition examines in what form this dual principle plays a role in contemporary Japanese art. Tatemae and Honne govern the relationship between community and the individual and define the co-existence across particular codes of conduct, laws, traditions and conventions. At the same time, they mirror aesthetic questions that reflect the relationship between form and content, reality and representation, criticism and affirmation.

The exhibition explores the question of what poetic practices, subtexts and metaphors arise from this tension between social conflict avoidance and criticism. What control mechanisms exist, how does one deal with them and what position can criticism or socio-critical art assume in the public discourse? To what extent does the conscious overstepping of boundaries play a role in the socio-political context and is it here that artistic practices reach their limits? The works on display offer renewed discourse around indirect control systems and related power structures of official narrative.

On October 21st, 2008, the artist collective Chim ↑ Pom chartered a small plane to skywrite the word "Pika" (flashlight) over the city of Hiroshima as part of their art campaign 'Making the sky of Hiroshima "PIKA!"'. In Japan, the word 'Pika' also refers to the atomic bomb explosion over Hiroshima. The art campaign led to violent protests. Despite the profuse apologies offered by the artist collective, a planned exhibition was cancelled. Chim ↑ Pom visualise Tatemae structures as mechanisms of indirect forms of governance. Another of their works, 'Super Rat', features in the exhibition.

In his work 'warum ist es so schwer die Leere zu akzeptieren' ('Why is it so hard to accept the emptiness') and the corresponding excerpt from his film essay 'L+R', Edgar Honetschläger, the only Austrian artist in the exhibition, explores to what extent western influence alters/shapes modern Japan and how Japan nevertheless remains true to itself (Honne and Tatemae). The central motif of the 10-part silkscreen series is a concrete factory located in a conservation area, appearing like a deconstructed industrial steamship inserted paradoxically into a forested mountain landscape. The concrete factory also appears in the film 'L+R'; an off-camera voice recites Junichiro Tanizakis's poem 'In Praise of Shadows', in which the author addresses how Japanese society would look today if it had not been subjected to western science.

In his work 'The video of a man calling himself Japan's Prime Minister making a speech at an international assembly', Makoto Aida appears as the fictitious Japanese Prime Minister of the title, delivering a speech in broken English. Although his performance is entirely fictitious, Makota Aida appears to be parodying Japan's Prime Minister Shinzo Abe: he lectures on the nationalistic tendencies of Abe's LDP Party and his draft legislation for expanding the scope of Japan's armed forces. While addressing political practises between national isolation and imperial aggression, Makoto Aida visualises the principles of Tatemae and Honne in the context of political farce, which becomes evident both in his performance as a politician and in the editing.

BuBu de la Madeleine & Yoshiko Shimada reconstruct a photograph of the Japanese Emperor Hirohito and the American General Douglas MacArthur in a collage from their series 'Made in Occupied Japan'. MacArthur's staff worked on the first draft of the Japanese constitution, brought into force in 1947, in which the Emperor's status as 'God' was abolished. In their re-enactment, the two artists remove categorisations of man/woman, USA/Japan, perpetrator/victim. The heart surrounding the photograph, however, alludes to the close economic and military relations between Japan and the USA, to the related dependencies, power relations and unwritten laws, whose post-war mythological masquerades are still effective today.

In her installation 'Art and Breakfast', Mitamura Midori shares emotions and memories, pleasant and less pleasant, with the visitors and shapes them into a narrative. The materials which Midori has collected and will collect in Vienna speak of the cultural and individual experiences of their encounters. At the same time, she examines the ambiguous atmosphere of the unexpressed as characterised by Tatemae and Honne. The found materials function as 'trace elements', which represent non-verbal communication and indirect agreements.

Momoyo Torimitsus's animation 'Business as habitual' is based on a photograph taken at the first appearance of the CEOs of Tepco (Tokyo Electric Power Company) following the Fukoshima nuclear disaster. It shows how the managers of Tepco apologised to the people of Japan. Momoyo Torimitsu explores the gesture of apologising through bowing, which reflects social status and demonstrates respect. The gesture, however, does not say anything about whether regret is in fact present. Although the CEOS publicly expressed regret, they concealed the facts and true extent of the disaster. Here Tatemae was employed as a marketing strategy in order to avoid taking responsibility.

'Japan Unlimited' is organised in cooperation with the Federal Ministry for Europe, Integration and Foreign Affairs and is an official event of '150 years of Friendship between Austria and Japan', initiated by the Japanese Embassy in Vienna. 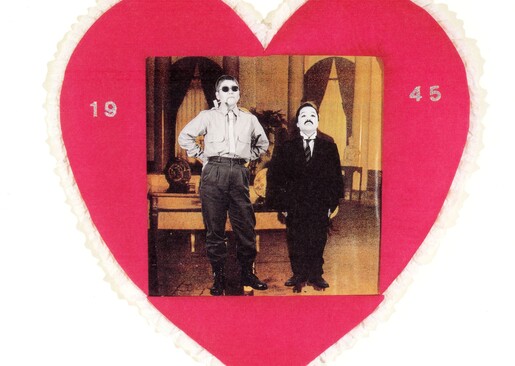