The emergence of majorities for authoritarian politicians, an obviously authoritarian financial market and authoritarian tendencies in AI development lead to the question of whether new forms of authoritarianism differ in that they allow individual freedoms or at least give the impression of doing so. The exhibition “Under Pressure – On Forms of Authority and Decision-Making Power” at the frei_raum Q21 exhibition space, curated by Sabine Winkler, examines the mechanisms, strategies and tactics that are used to restrict decision-making freedom. The opening as part of “Vienna Contemporary” is at 19.00 on Thursday 27 September; a press tour will take place at 10.00  on Tuesday 25 September.

Proceeding from the dogmas of neo-liberalism and neo-nationalism, the exhibition is concerned with authoritarianism in politics, the economy, technology and art. The marginalisation of the political driven by neoliberalism, as well as the financial crisis, have led to an accelerated authoritarian capitalism. Authoritarian neo-nationalism, on the other hand, can be seen as one reaction to this development.

On the other hand, control over future decisions and actions, as well as influence, are the goal of preemptive algorithmic systems and forms of government. Technical AI assistants such as Siri, Cortana or Alexa internalise users’ “needs” and anticipate and take over decisions. Are we at risk of having our scope for action and thinking increasingly controlled and programmed through surveillance, Big Data rankings, social credit systems?

The exhibition examines the dispositions of decision-making as well as forms of involvement and complicity in authoritarian political and algorithmic systems. What decisions will be required of us, how will decisions be automated, in what form do we ourselves consciously or unconsciously contribute to economic, algorithmic and state systems making decisions for us, and to what extent are we ourselves acting in authoritarian ways? When algorithms know more about us than we know ourselves, does this mean they can decide on our respective needs in a more rational and thus more appropriate way, and what does that mean for the conception of the autonomous self?

Could the resulting marginalisation of the subject (or the disengagement of subjectivity from subject, persona and person) bring an opportunity to effect change, and prevent authoritarian tendencies, or should we fear that this will merely displace or automate them, without ridding us of them? In art, new dispositions are emerging through the questioning of the artist, curator and viewer subject. Whether authoritarian structures in the art system are thereby abolished or only shifted remains speculative.

In Rod Dickinson's installation “Zero Sum” visitors are invited to take part in a classic game theory dilemma situation (the volunteer’s dilemma or the “free-rider problem”) and to replay four possibilities of a dilemma, through which they are guided by a virtual moderator. Rod Dickinson examines how integration into automated systems restricts and controls individual scope for action, legitimised in the name of optimisation (optimised decisions) and masked as an increase of freedom.

HARD-CORE experiment with curatorial methods, particularly robotic curating, and it has developed the software Asahi 4.0 which can automatically curate exhibitions. Asahi 4.0 selects artworks through a random generator, de-subjectifying and collectivising decision-making processes. In the video “The Universal Blob (2)”, five personified entities reflect on a collective self and curatorial practices which when separated by aesthetic experiences and decisions – through Asahi 4.0, for example – can be freed from hierarchical concerns. Or is Asahi 4.0 dominant in its random decisions as well, not really collaborative?

Bernd Hopfengärtner and Ludwig Zeller stage a speculative view of a Switzerland that has decided to completely implement the right to informational self-determination. Mont Data, a cooperative, coordinates the mountain of scientific and commercial data that presents citizens with new opportunities and challenges in their decision-making. Bernd Hopfengärtner and Ludwig Zeller stage fictitious reports that present options for countering digital control and exploitation with discretionary power over one’s own data, but also touch on the issue of the relationship between author and reader as data producers in the context of creation and depiction of reality.

In “Déploiements (Deployments)”, Stéphanie Lagarde shows stagings of state control systems in public space in the form of two simulation processes, that from a potential future, play out deployments in the present. We see pilots of the French air force rehearsing an aerial display for the French national holiday. With gestures, hand movements and a coded language they simulate the choreography of the upcoming air show. These images are combined with police training software that is used for monitoring demonstrations and crowds of people. This simulates a protest scenario and shows police tactical strategies, such as kettling. On the one hand, movement sequences and procedures are trained and automated according to certain patterns, on the other hand, future behaviours are both informed and controlled by pattern recognition, to directly and indirectly restrict scope for decision-making and action.

Liz Magic Laser stages a therapeutic situation with actors, in which participants are prompted by a therapist to bring personal experience into association with current political frustrations. Based on the method of primal therapy, the aim is to have participants relive traumatic experiences and thus reduce their impact. In her installation “Primal Speech” Liz Magic Laser adapts the method of primary therapy as a political form of therapy. The patients associate traumatic family situations with politicians. This therapeutic process trains participants in managing personal and political trauma, in defending themselves against feelings of powerlessness in the face of authoritarian figures – fathers, teachers, politicians – and against heteronomy. The work can be understood as commentary on the US campaign and Brexit in 2016.

In her works, Daniela Ortiz explores concepts of nationality, class, race, policies of equality and civil rights, investigating how the European system of migration control and colonial racism are based on patterns of exclusion. Daniela Ortiz’s work, conceived as a picture book, contrasts eurocentric narratives with narratives from anti-colonial and anti-racist perspectives. The authoritarian rejection of migration manifests the demand for cultural/societal decision-making power of a white middle class which appears to be losing political decision-making options. Daniela Ortiz deconstructs hegemonic narratives and practices, making their hierarchical structures visible and radically demands equality.

Olivia Plender’s work “Set Sail for the Levant” is based on a 16th-century board game entitled “The Game of the Goose”, which can be seen as a forerunner of Monopoly. In this game, only players who steal money from other participants and flee to the Middle East to evade criminal prosecution win, or avoid debt. Olivia Plender satirises ideological narratives such as those of Monopoly, which teaches people how to act in a capitalist system, by pointing out contradictions inherent in the system. The more radical and authoritarian its implementation, the more the promises of neoliberalism such as self-actualisation, success and free choice are combined with traditional narratives, national mythologies or cultural identity. Olivia Plender investigates how official, historical and contemporary narratives are constructed and the hierarchies that stand behind the “voice of authority” which is traditionally (re)produced in institutions in the public space such as the museum, the academy and the media.

In their film “Our Friends Electric”, Superflux explore alternative forms and interactions with speech-based AI assistants. Superflux designed three AI devices to imagine potential relationships with speech assistants. These fictitious AI assistants, Eddi, Karma and Sig, are not real products, rather they represent archetypes of potential qualities of such devices. Superflux investigate how command structures determine dealings with technology and what other forms of interaction might be possible. But the work also addresses control functions of AI systems in relation to the unforeseeable development of self-learning machines.

In her work “Kitty AI: Artificial Intelligence for Governance”, Pinar Yoldas imagines artificial Intelligence (AI) has taken over the world. In the video, a 3D-animated cat talks about itself and its functions as ruler of a megalopolis in the year 2039. “Kitty AI” appears as an emotive representative of an all-powerful AI regime, in which “kitty-love” and technology are intended to replace politicians. If algorithms can decide a lot of things better than humans, this is associated with both hope and fear. Do AI systems make better decisions because they can collect and evaluate more data? The technical solution skills of AI are highly promising, the associated control functions as well as the loss of freedom of decision are often concealed. “Kitty AI” presents itself as an agent of optimised governance in the form of emotional care.

“Under Pressure” was organised in cooperation with the Ministry for Europe, Integration and External Affairs. 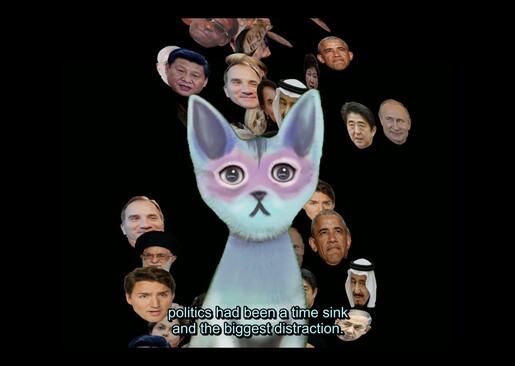 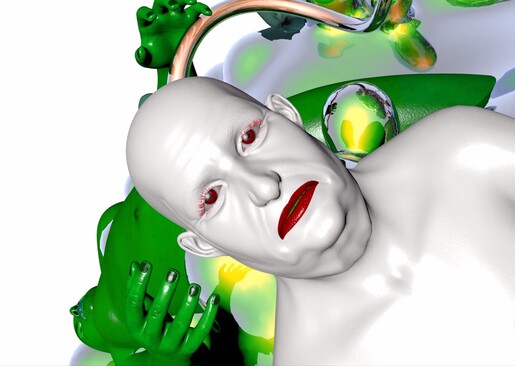 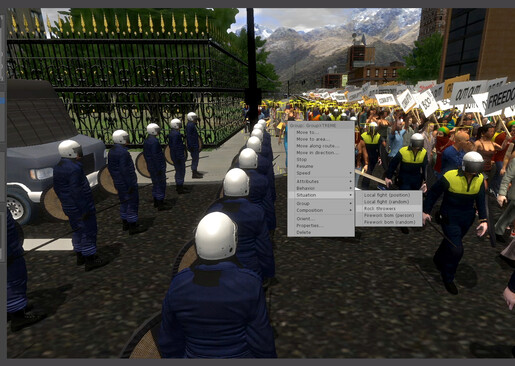 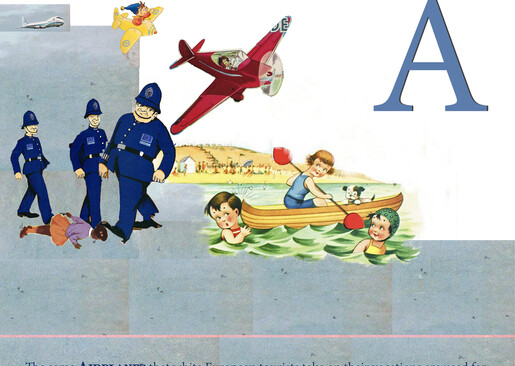