Lenka Klodová: Life and death of a Czech lion

Lenka Klodová: Life and death of a Czech lion 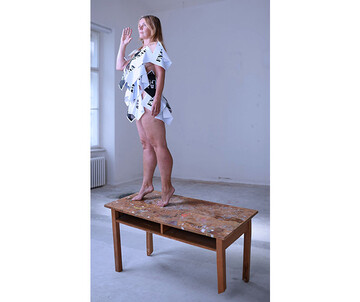 In June 1990, six months after the Velvet Revolution, which marked the end of the socialist regime in Czechoslovakia, the first issue of the first czech erotic magazine called Leo (with the reference to the Czech heraldic animal -  lion) was published. Ten years later, around the year 2000, this magazine and its role in the public sphere became one of the interests of my art work. I have learned a critical feminist perspective and the basics of artistic research on it. In 2017, I managed to obtain a complete archive of this magazine from a dedicated reader. Its contents shocked me. In between the pages of a set of glossy photographs of women, I find a rich material that not only testifies to the development of erotic magazines in the post-socialist country, but also captures significant events from the post-socialist half-world, the development of body beauty models, special language and many other issue with critical potential. Formerly Leo magazine figured in my work more as a source of inspiration for collages, performances and objects. Thanks to my residency, I can study its archive in more detail in a research way and try to find new ways of processing its content with the help of method of artistic research.