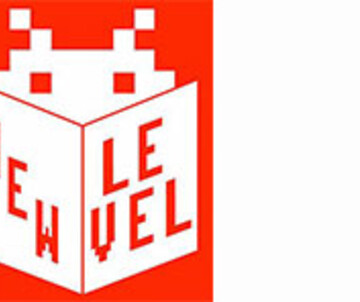 Towards the end of the 1980s digital games developed their so-called “movie envy” and started to strive for near-photorealistic imagery. Prior to that games had primarily oriented themselves by literature’s example: from the legendary “SpaceWar!” game (1962), which was inspired by E.E. Smith’s science-fiction novels, to the text adventure genre, which emerged in the 1970s and for almost a decade provided the most commercially successful games.
Prof. Freyermuths keynote will illuminate the relationship between games and literature under intermedial or rather transmedial considerations. First, he will sketch the history of the influence of literature on digital games and, second, the reverse history of the influence of analog as well as digital games on literary production. Third, he will ask how the historically grown interdependence of the two media is changed and deepened in their creative collaboration under the requirements of digital, i.e., transmedial production – meaning, how games and literature (can) profit from each other artistically and economically.

Biographies
Prof. Dr. Gundolf S. Freyermuth is founding director of the Cologne Game Lab at the TH Köln, where he teaches Media and Game Studies. He studied Comparative Literature at the FU Berlin and did his doctorate on the medial digitalization. Prior to his academic career he worked as a freelance author and published numerous nonfiction books and novels. His most recent work is “Games|Game Design|Game Studies. An Introduction” (2015, English and German).
Cornelia Travnicek, born 1987, lives in Lower Austria. She studied Sinology and Computer Science at Vienna University and works as a Part Time Researcher at the Center for Virtual Reality and Visualization. Amongst the many Awards for her literary Works is the renowned Audience Award of the Bachmann Price 2012. Her Novels and Short Stories were translated into 8 Languages, amongst them english, japanese and spanish, her Debut Novel „Chucks“ was made into a Movie in 2015. Her latest Novel „Junge Hunde“ was published 2015 at DVA.
Jorghi Poll Born 1978. Founder, Editor and CEO of the Playwright’s Agency gleichzeit Verlagtheater 2009–2012. From 2012 on Editor, Graphic Designer and CEO of the publishing company Edition Atelier in Vienna, Publisher of for example „Bibliothek der Nacht“.
Mateusz Gorecki studied digital arts at Vienna University of Applied Arts which he successfully completed in 2010. During his curriculum he co-founded the game studio Rarebyte. Since then, he contributed as designer in the creation of more than 30 titles, shipped on mobile, desktop, and console platforms. Besides his role as game developer, he is also an enthusiastic gamer, a passionate hiker, and an avid bookworm.