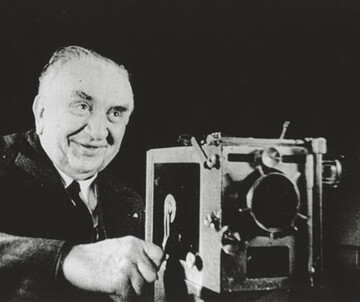 Contemporary artists frequently organize screenings of films or put together film programs, either in art spaces or in cinemas (often in conjunction with one of their exhibitions). Some of the more interesting examples of this widespread practice can be seen as reflections on the screening session as a medium, or rather as a model of artistic practice that tries to go beyond dominant and often-criticized forms of movie consumption. In this respect, these screening practices recall historical attempts to explore alternative modes of presentation and turn film screenings into performative events. Such screenings sought to operate directly on the present by reworking the past, in an attempt to foster new relationships between audience and screen.

For our historical investigation of different screening practices, we have adopted the French term séance, which carries the meaning «seat, » «session» or «sitting,» referring in a general sense to public meetings of a parliamentary or governmental nature, as well as to film screenings- une séance de cinéma. The usage of the term in English is more limited. It may follow the French in signifying the «meeting of a society,» yet since the 19th century its meaning has been mostly restricted to that of a spiritualist session, a private gathering to receive and relay messages by means of a spirit medium. As Marx famously stated at mid-century, the tables began to dance in bourgeois culture at the exact same time that the specter of communism began to rove across the European landscape. For Marx, the spiritualist séance was but one more symptom of the phantasmagoric reality of capitalism-a deceitful mode of social exchange that dissolves solid reality into a shadow play of displaced affects and longings.

Even before the Lumière brothers invented the cinema as we know it, thereby adding another layer to the semantic richness of the word séance, its destiny within the English-speaking world appears to have been fixed. We would like to bring the various meanings of the word séance- public gathering, political meeting, cinema program-back into play by organizing a series of film screenings that restage selected moments in the history and social experience of cinema exhibition. In particular, we are interested in the question how cinema programs have functioned as models for establishing a possible or impossible public, or socius. The screening as event and the past as archive; these are the twin poles between which this series of film screenings will oscillate.

In the age of the DVD and online streaming-those forms of post-séance culture-the nature of film viewing is once more being reconfigured, making a historical and theoretical examination of the séance all the more necessary.
(Eric de Bruyn & Sven Lütticken)