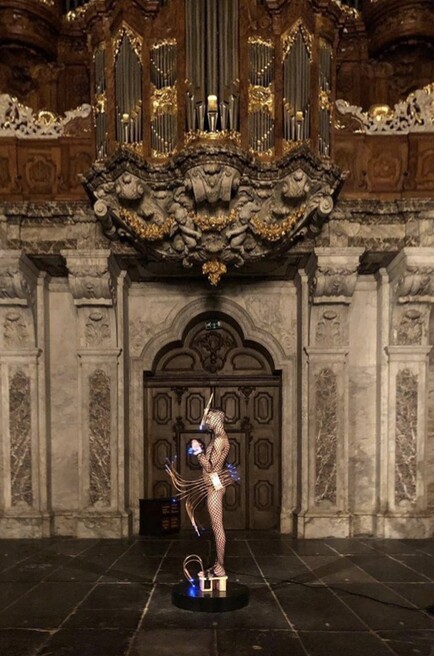 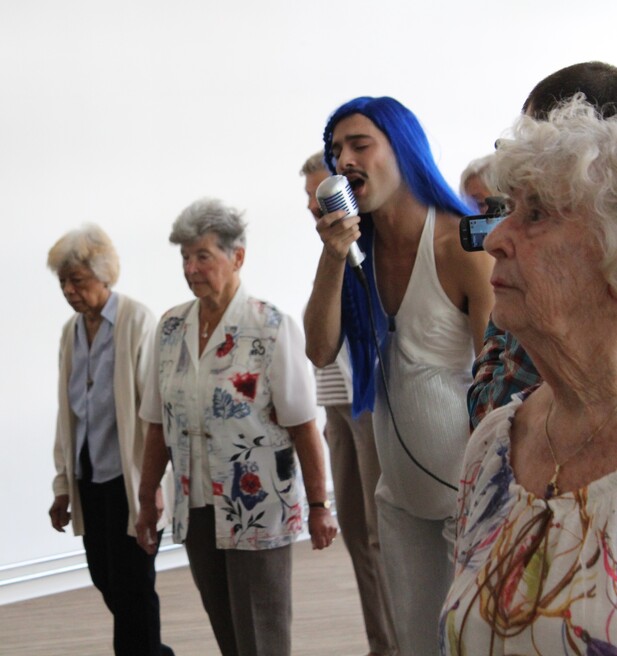 ASTRIT ISMAILI (*Prishtina, 1991), is a performance artist from Kosovo based in Amsterdam. Their work proposes bodies that consist of both imaginary and material realities, using alter egos, body extensions and wearable music instruments to embody different possibilities for becoming. Within their practice, the act of singing is used to explore the role of voice in pop culture and identity politics. Astrit Ismaili graduated from the MA in Performance at DasArts in Amsterdam.

They are recipient of the Mondriaan Fund Project Investment Grant 2018-2019 — and the Young Visual Artists Award 2011 and were a resident at ISCP in New York. They co-organised the performance project ‘Prishtine Mon Amour’ in 2012 in Pristina and co-curated of a number of ‘Lost & Found’ events in 2018-2019 in Amsterdam.

The pop operetta 'MISS' that will be presented at ImPulsTanz 2021 brings three historical refrences to life. The first 'The First Flower' symbolises the evolution from the first plant to flowering plants and the associated change in their reproductive process.

The third is 'Miss Kosovo', a fictional figure inspired by Kosovo's transition as part of Yugoslavia to an independent state. Although the three references are not historically related, they are born from a similar circumstance – one in which creativity is used as a method of dealing with restriction and limitation.

During the residency Astrit will investigate further the notion 'creativity when limited' which is a recurring subject in their work. Through drawing, music composition and wearable musical instruments Astrit will explore different ways of archiving and preserving the multi-layered nature of their project 'Miss'.