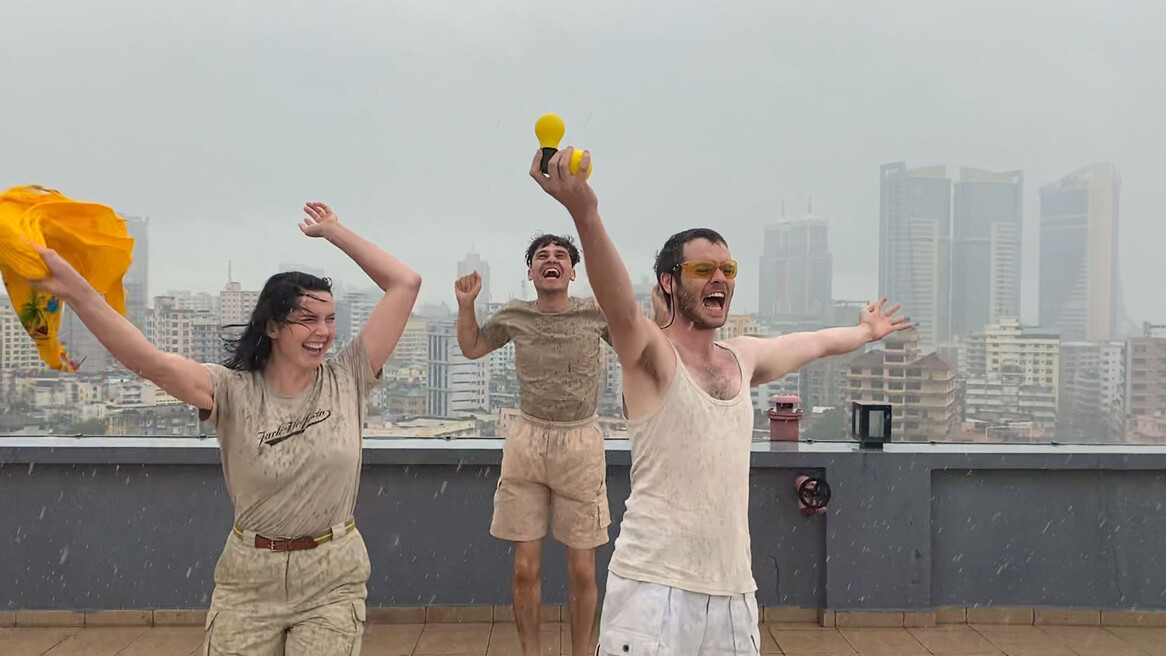 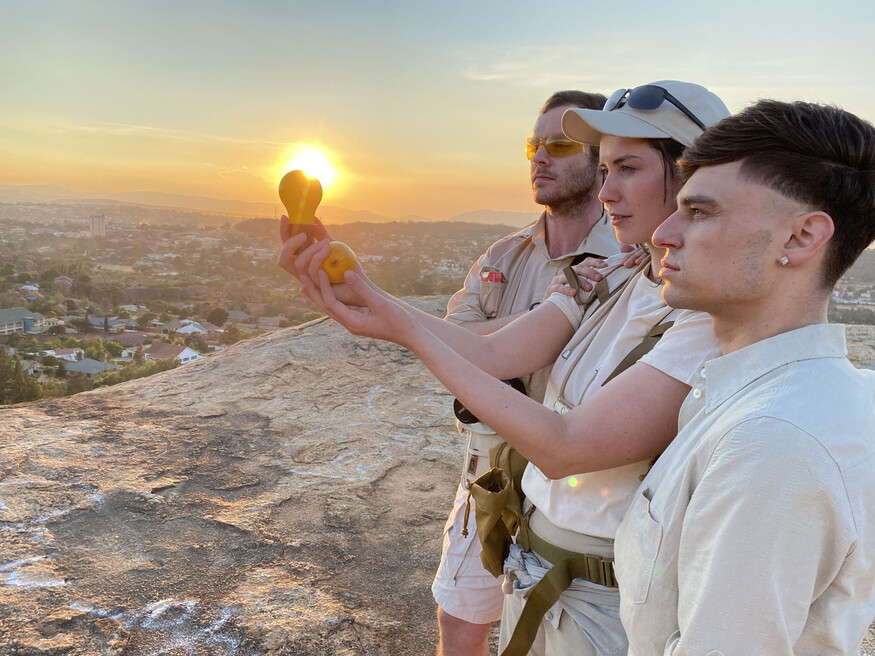 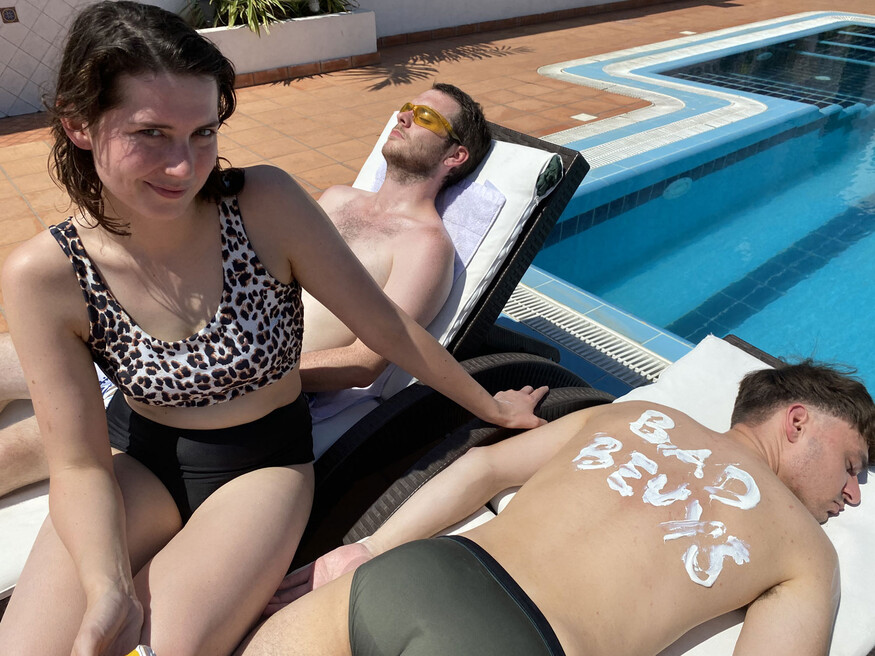 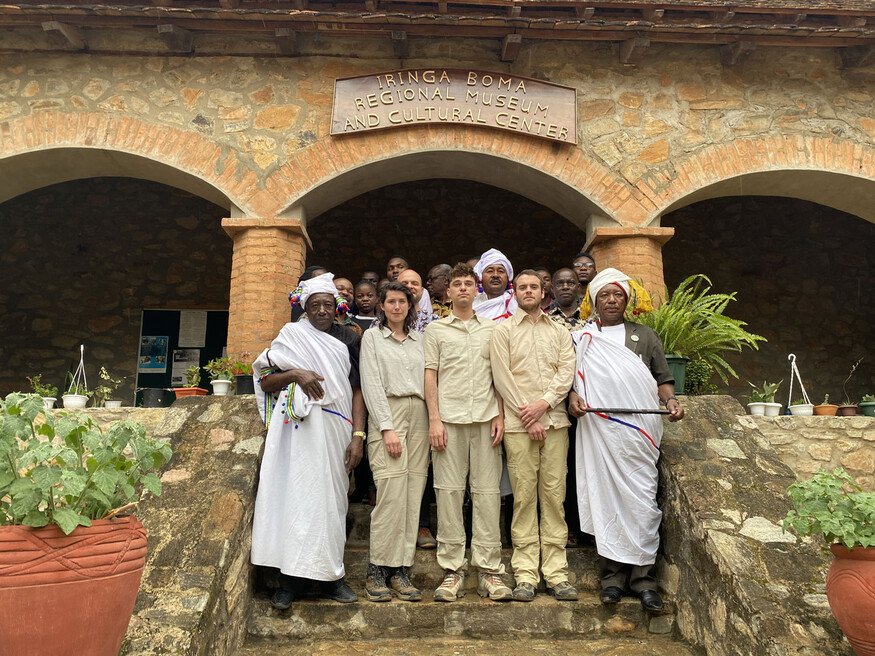 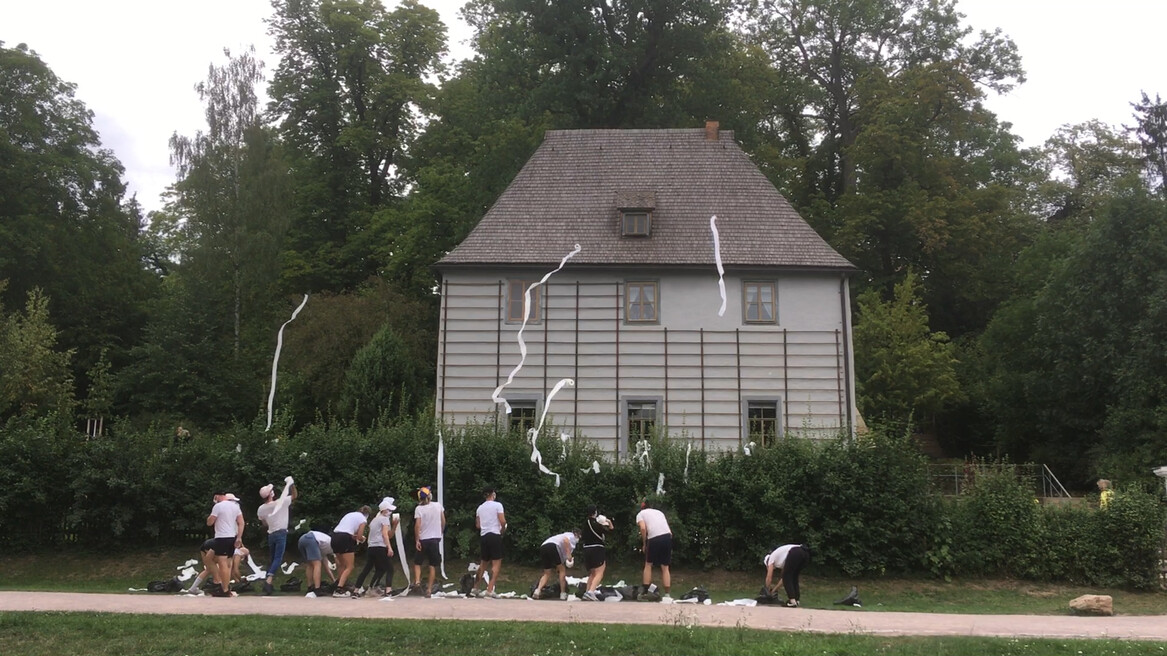 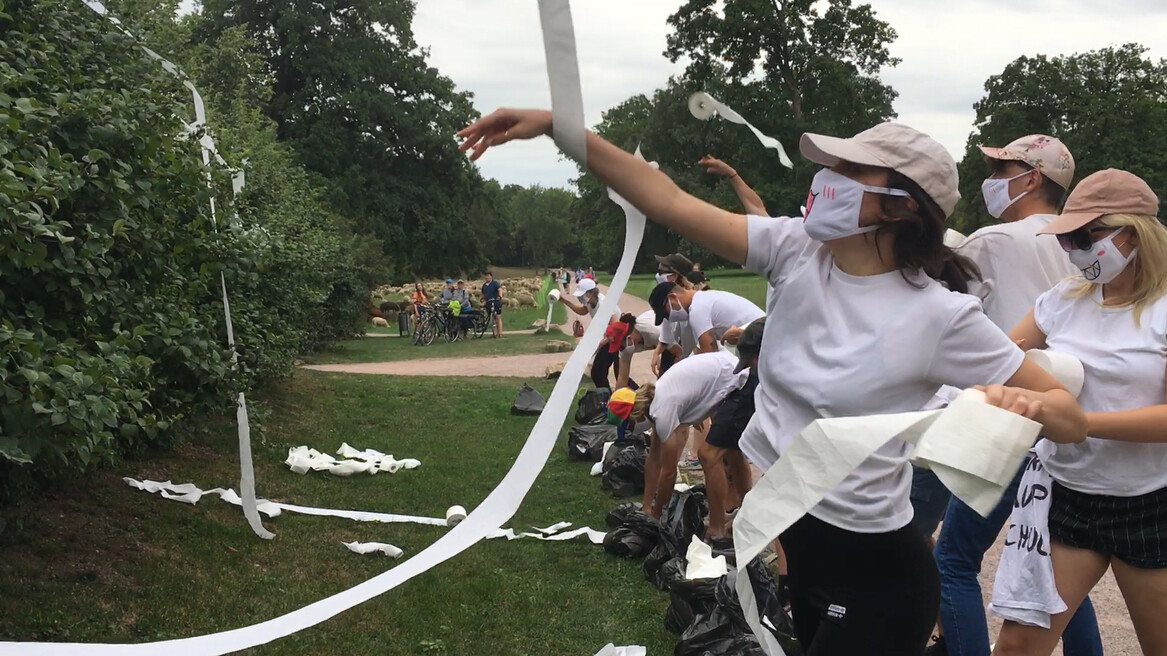 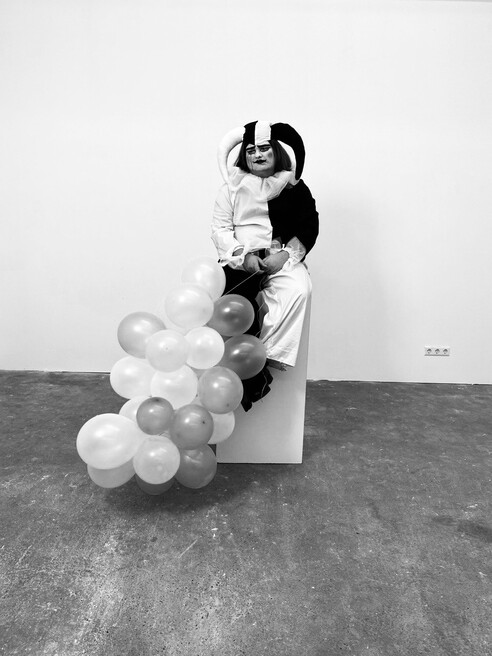 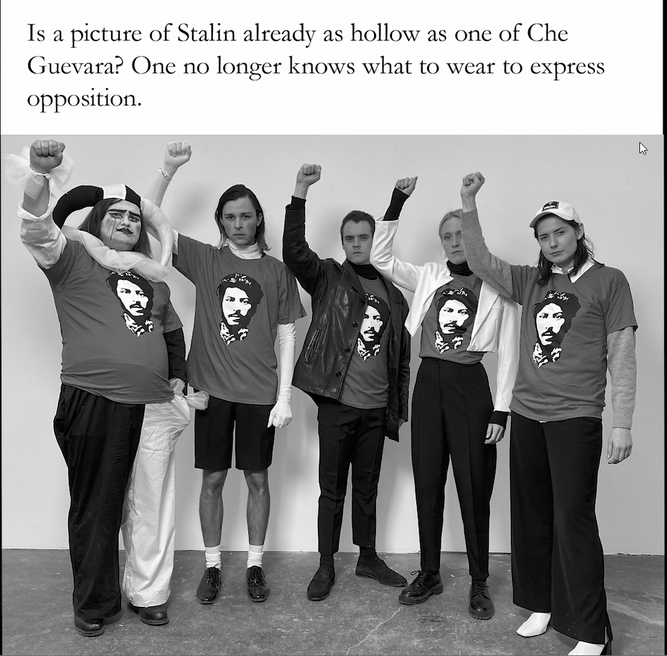 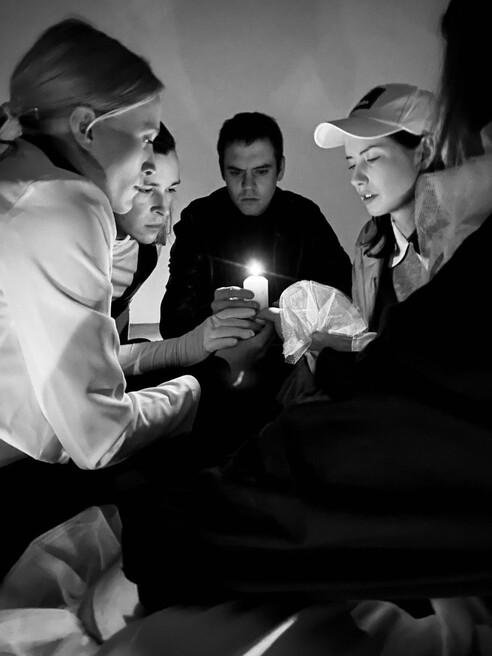 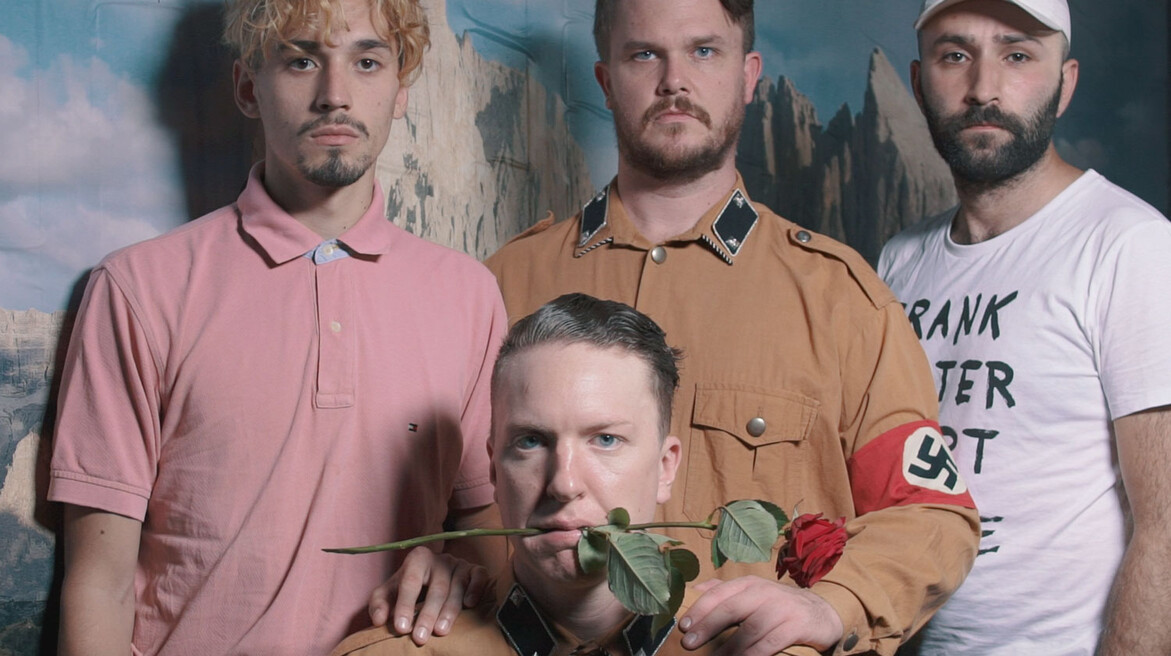 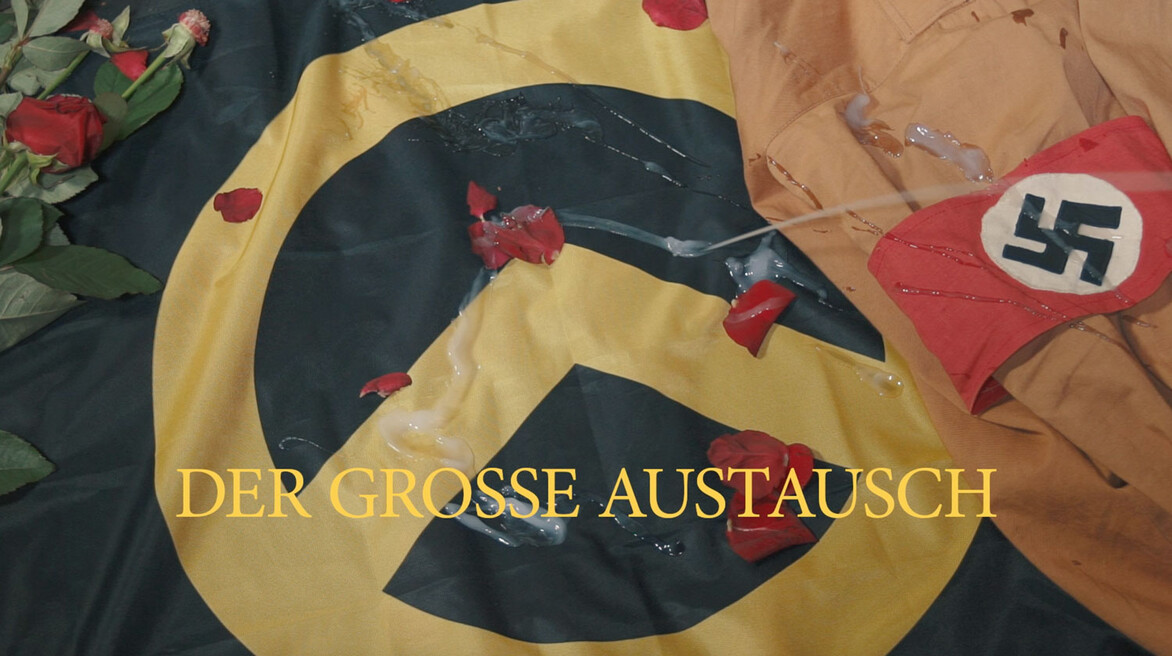 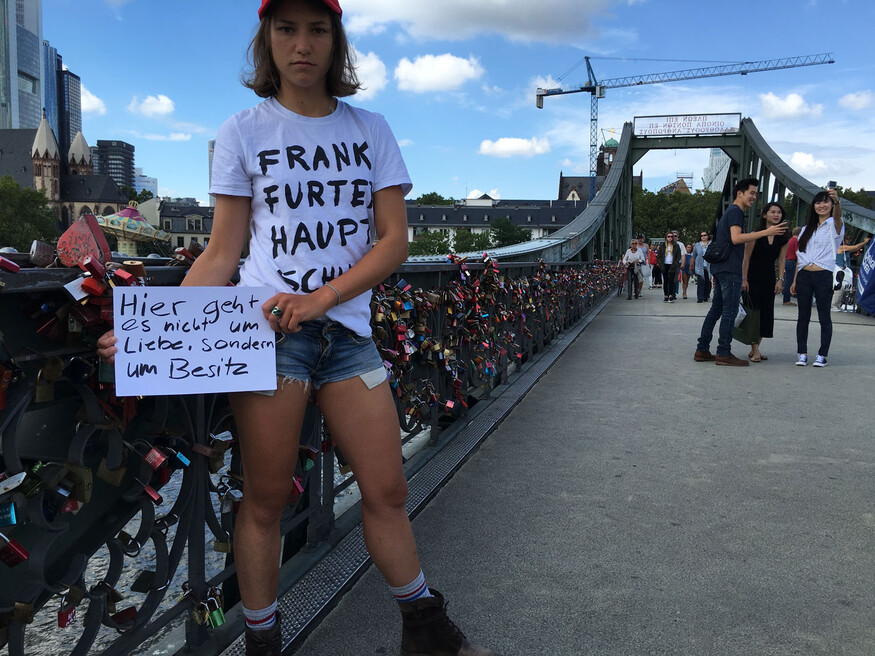 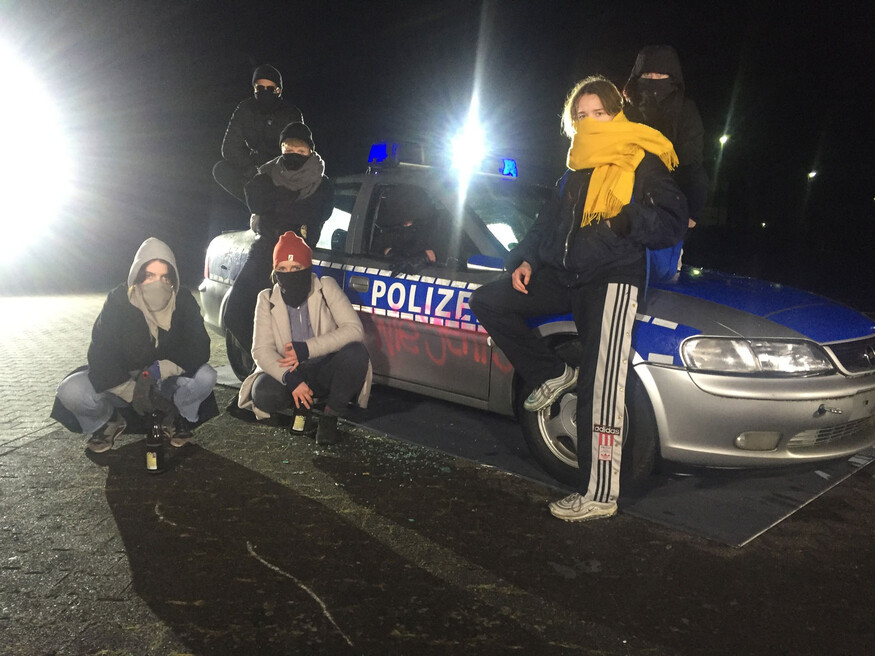 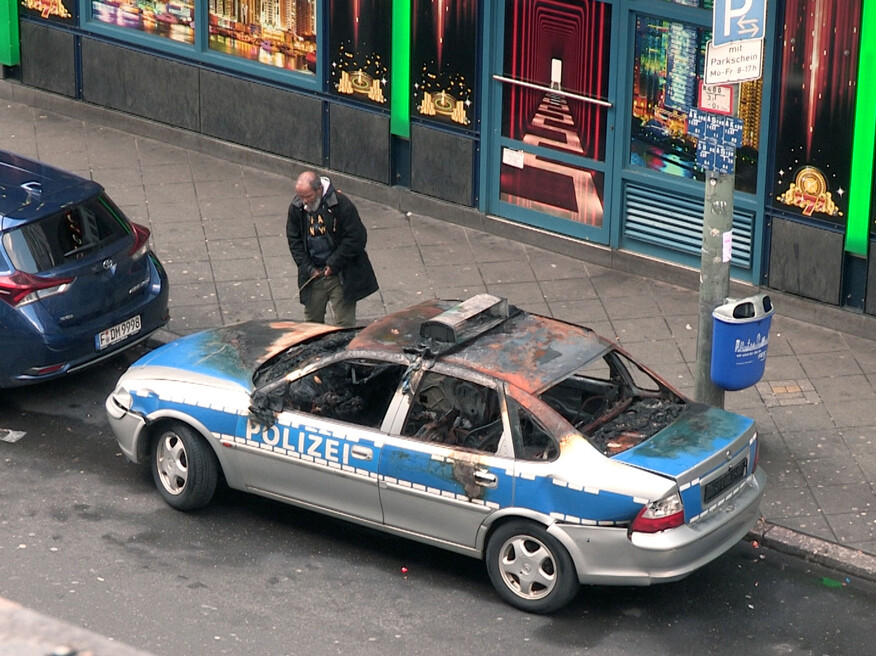 The Frankfurter Hauptschule (FHS) is a collective that explores the limits of art and pain in the stress test of public and media space. With their interventions, the young artists explore societal resilience and legal responsibilities. The group's works range from interventions and performances to video art.
In the Wagner year 2013, the FHS distributed 50,000 forged tickets for the premiere of the Bayreuth Festival in order to criticize the posthumous speech democratization of the anti-Semite Richard Wagner; In 2015 they protested against the expulsion of drug addicts from the Frankfurt train station district with a »heroin performance« and in a public storm of indignation exposed how urban society works; In 2016, the collective sparked a controversial discussion on social media with the announcement that it would break love locks from bridges and melt them down; In February 2018, Frankfurt's chief of police was outraged by the group that had parked a burned-out patrol car in the Frankfurt train station district in order to draw attention to the rigid approach of the regulatory authorities; in the spring of the same year, the FHS faked a performance in MoMA PS1 and in late summer 2018 an attack by the Identitarian Movement on the Wiesbaden Biennale. In 2019, the group moved the figurehead of German culture, Johann Wolfgang von Goethe, into the sights of #MeToo. Most recently, the FHS staged the theft of Beuys' “Capri Battery” and the transfer of a replica to an ethnological museum in the German ex-colony of Tanzania as part of the “Schlingensief2020” festival at Theater Oberhausen. In the same year the collective realized the didactic play "Motor" in the new society for fine arts Berlin; an answer to Brecht's “The Measures Taken” and Müller's “Mauser” as well as the internationally successful shift to the right, conspiracy theories and fake news.

In 1986, Martin Kippenberger published the book “241 Bildtitel zum Ausleihen fur Künstler [241 Image Titles for Artists to Borrow]”.
Based on this idea, the FHS wants to invent its own collection of 482 titles for artistic works that do not exist, arrange it as text and translate it into a performance: 2x241 TITLES TWICE AS GOOD AS MARTIN KIPPENBERGER - as a wink towards his artistic strategy, which was extremely competitive.
Based on Kippenberger's famous picture “With the Best Will in the World, I Can't See a Swastika”, the subject of their collection should be an ambivalent invocation of the German past. The titles are to be understood as a critical reaction to the sometimes inexperienced omnipresence of National Socialism and fascist aesthetics in the media, the arts and contemporary pop culture: Constantly recurring front pages with images of Hitler from Titanic to SPIEGEL, Jonathan Meese's performative evocations of Hitler, the iconization of images and slogans of the Reichstag and Capitol Tower in memes. Did National Socialism turn into clickbait and do neo-fascist subcultures take over pop-cultural codes in a targeted manner?