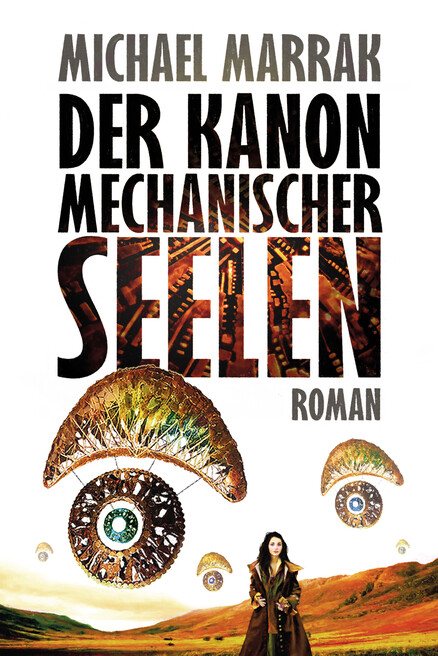 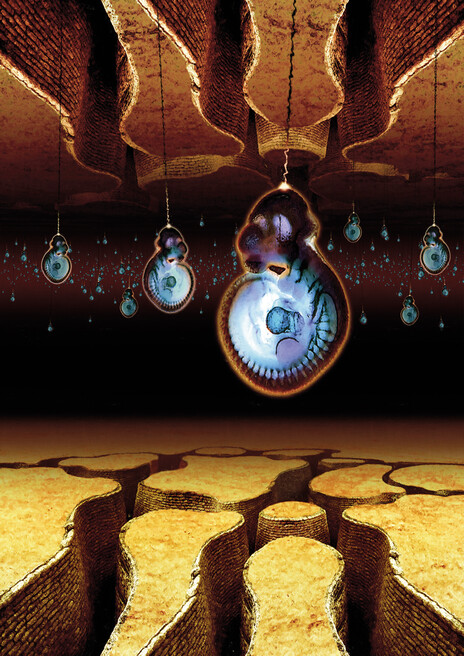 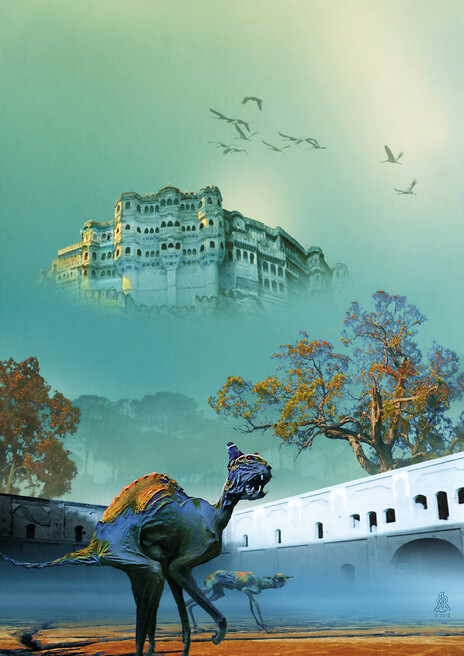 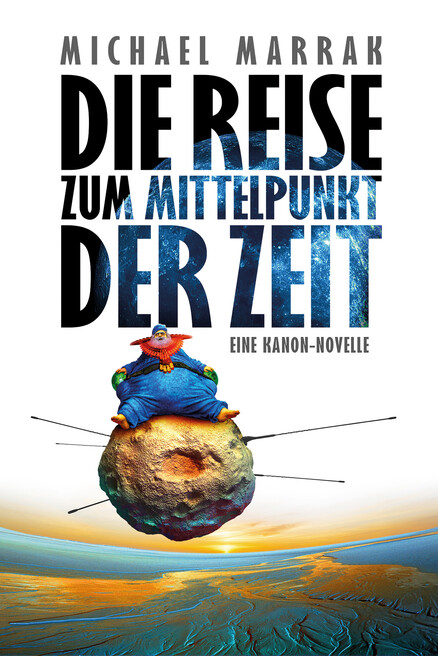 Michael Marrak was born on 5 November, 1965 in Weikersheim. He studied Graphic Design, Desktop-Publishing and Multimedia in Stuttgart and emerged between 1989 and 1996 as author, illustrator, editor and anthologist. Since 1997, after several years as a freelance illustrator, he has devoted himself mainly to writing. He was awarded the European Science Fiction Award, the German Fantasy Prize, the Kurd Laßwitz Prize and the German Science Fiction Prize. Translations of his texts have been published in France, Greece, Russia, China, Hungary, and the USA.
His novels, stories and graphics comprise a wide range of Fantasy, Horror, Thriller, Science Fiction and Magical Realism.
After publishing three fantasy books (publishing house: Lübbe Verlag), he released the novel for young adults “Das Aion - Kinder der Sonne [The Aion - Children of the Sun]” (publishing house: Ravensburger Buchverlag) in 2008.
From mid-2006 till beginning of 2012, Michael Marrak was working for the developer studio Reakktor Media based in Hannover as a story developer and game designer for the SF-MMOs “Black Prophecy” released in spring 2011. He had been working on its backstory since 2005.
In mid-2011, “Gambit”, the first novel for the game was published. Unfortunately, the two planned follow-up volumes were cancelled due to the discontinuation of the game at the end of 2012.
In 2013, Michael Marrak wrote the season finale „Epitaph” as well as the end of year tome “Ammonit” for the Horror Factory of Bastei Lübbe Entertainment.
Even though he is a full-time writer, occasionally new illustrations and cover motifs find their way into the public. At the end of 2018, his novel „Der Kanon mechanischer Seelen [Canon of Mechanical Souls]“ was published as an illustrated hardcover edition. Chapters 1-4 had been published as sequel novellas between 2012 and 2015 by the Science Fiction periodical NOVA.
For the second novella „Coen Sloterdykes diametral levitierendes Chronoversum [Coen Sloterdyke’s diametrically levitating Chronoverse]" published in NOVA 21, Marrak was awarded the Kurd Laßwitz Prize in 2014 in the category “Best German Science Fiction Story of the year 2013”. The novel contains 22 b/w illustrations that have been designed by the author between 2012 and 2017.
In 2018, Michael Marrak was awarded the renowned Fantasy Literature Prize SERAPH in the category “Best Novel” for “Der Kanon mechanischer Seelen”. The award was presented as part of the Leipzig Book Fair in 2018.

Michael Marrak lives as a freelance writer and illustrator in Schöningen, the oldest city of Lower Saxony and self-proclaimed “City of Spears”.

Literature:
An exclusive novella from the KANON-universe, published as a limited special issue in the Edition Mono (monochrom), combined with readings during and as part of the closing of the paraflows Festival re_composed in October 2020. Furthermore: Cover, cover design, 4 interior illustrations and typesetting (if necessary).

Photography: Project dystopiA
Monochrome Lost-Places-Photographies in and from Vienna, deserted, slightly retouched via computer. In every image, there will be a small (or slightly larger) detail that actually doesn't really belong there. Bizarre, surreal, sometimes bewildering trivialities, which will mostly seem unremarkable and will have to be discovered by the observer.