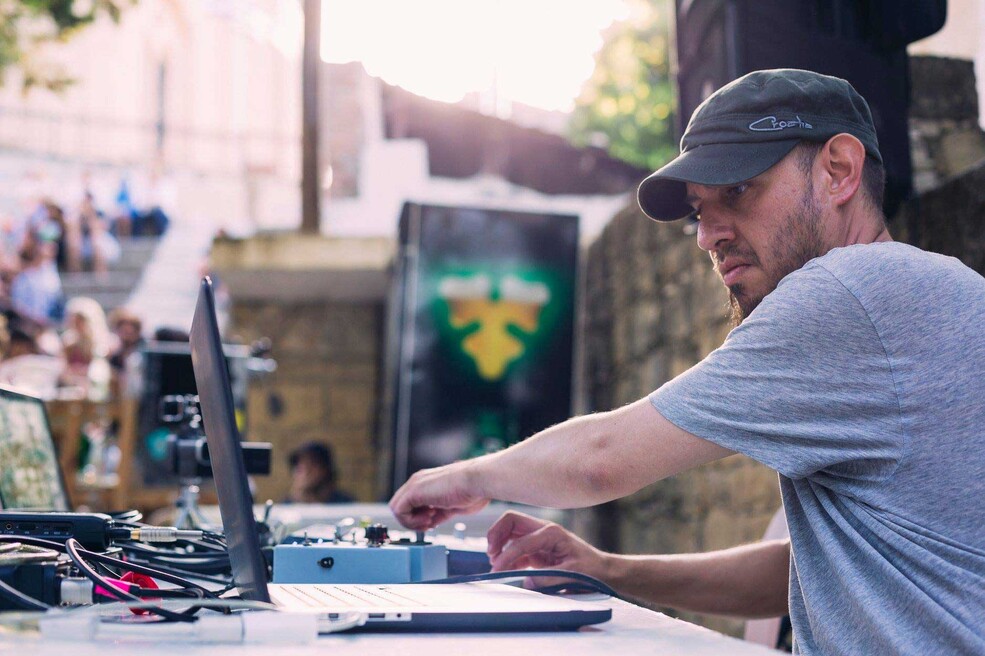 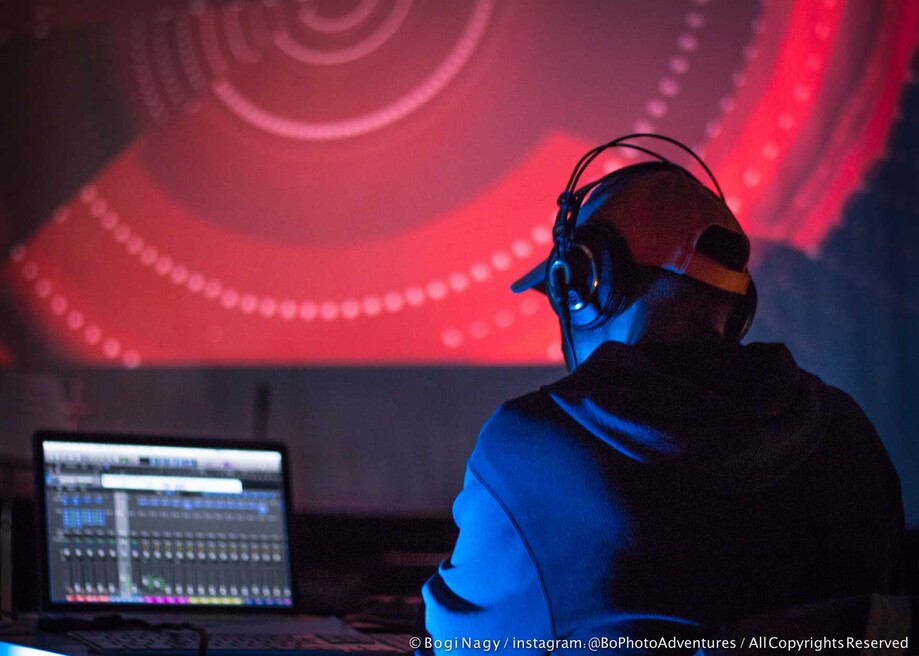 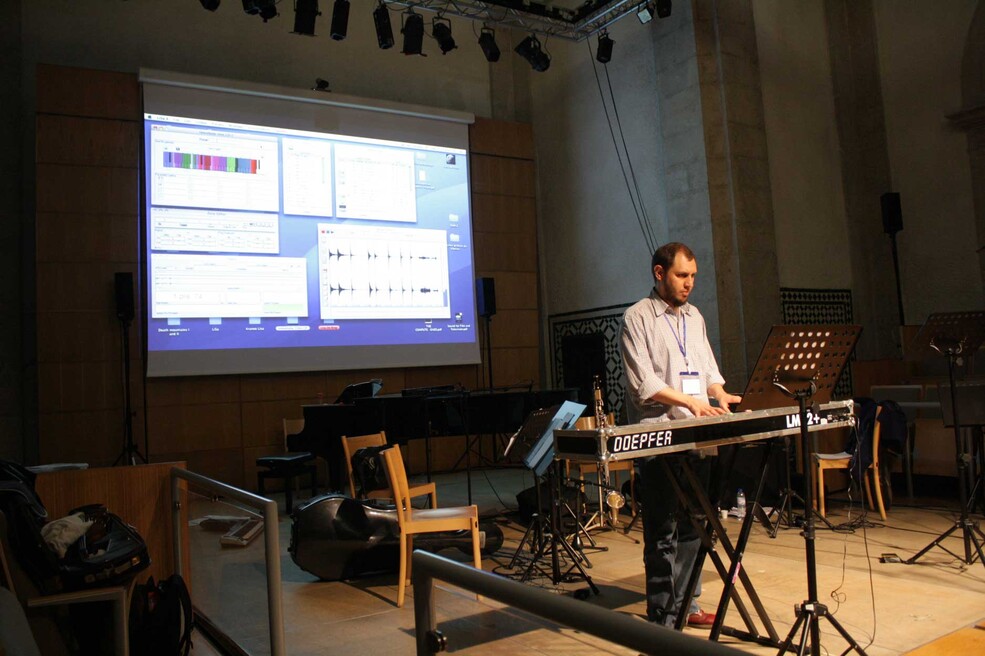 Enrique Mendoza from Mexico City is an electro-acoustic music artist, focused on live electronics. He has been developing his electro-acoustic composition and performance using DIY analog oscillators, lo-fi mini-synths, custom software, and production music technology; he also works closely with performers to break new ground and gain specific insights into the instruments and the performer’s personal expression.

Mendoza studied the Licentiate degree in Compositional Techniques at CIEM Academy, degree endorsed by Trinity College of London. In 2010 he graduated from a Master’s in Composition for Film at the Conservatorium van Amsterdam.

In January 2014 he released his first Electroacoustic Music Album Below Sea Level, edited by Future Music Records in London. In 2016, Cassiopeia for sax and live electronics was nominated as “Best Instrumental Song” in the Independent Music Awards in New York. In 2017 and 2019 he was selected as “Composer in Residence” in the KulturKontakt Austria and the AIR-Niederösterreich programme in cooperation with the Federal Chancellery of Austria.

His music has been performed by Jos Zwaanenburg, Johan van der Linden, Zoom Trio, Melisma Saxophone Quartet, Reconsil Ensemble, The Black Page Orchestra, Tamhá Trio, Mexico City Wind Quintet, Het Trio, Ossia Ensemble, Avlitria Ensemble, Platypus Ensemble, Boglárka Nagy; and it has been performed in diverse forums like IGNM Strommusik in Vienna, Ny Musik Festival in Denmark, 40th International Computer Music Conference (ICMC/SMC 2014) in Greece, Unsafe&Sound Festival in Vienna, Tromp Percussion Eindhoven, 3rd International Forum for Young Composers Sond’Ar-te Electric Ensemble in Portugal, Amsterdam Blockflute Festival, Miradas de Música Contemporánea in Pamplona, Contemporary Music Festival of Navarra in Spain, Manuel Enríquez International New Music Forum, among many others. He has been the winner of the Tribune of Mexican Music 2004 and 2012, the Composition Contest of Michoacán, and the Tribune of Latin America and Caribbean Music 2004 awards. He represented Mexico in the 51st International Rostrum of Composers held at Unesco in Paris. In 2012, he was selected by the Mexican Music Council to represent Mexico in the 59th TIC, organized by the International Music Council in Stockholm.

The films and Live Cinema shows, in which he has worked on, have been screened in more than 15 International Film Festivals in France, Netherlands, Greece, Italy, Croatia, Mexico, and the USA. One of the films “Mamuth” was nominated to the Ariel award.

Concept of the work:

The central idea of the work is based on the historic event when the Mexican Delegate Isidro Fabela voiced an energetic protest against the German Nazi occupation of Austria (the Anschluss) at The League of Nations in March 19th of 1938. This event was very relevant because this protest gave the possibility to Austria to not be sanctioned after the war. As recognition of the Mexican protest, in 1956 in Vienna the “Erzherzog-Karl-Platz” was renamed “Mexikoplatz” and in 2005 the Austrian and Mexican governments unveiled the Isidro-Fabela-Promenade. In 2018 is going to be 80 years of Fabela’s protest who was the only one raising the voice against the Anschluss.

Words over swords, making a clear reference and getting the inspiration from what happened in 1938, has the intention to make us remember that: “The social relations between the people of the world, in narrower or wider circles, have now advanced everywhere so far that a violation of Right in one place of the earth, is felt all over it.” This quote from Immanuel Kant’s Perpetual Peace: A Philosophical Sketch from 1795 seems to me more valid than ever. Also in this essay, Kant outlined the idea of a “league of nations” to mediate conflicts and keep peace.

In this work I want to call the attention of how words and diplomacy can transform our reality and that words should be used as the only “sword” to resolve conflicts between people and nations. The terrible fact that humans can wage war so often against each other has always struck me. I wonder why humans act against creation, and if we can educate ourselves to understand that we have the chance to do the right thing.

For the composition of the piece, I will start researching in sound archives of the National Sound Library in Mexico City and the Österreichische Mediathek in Vienna, to find sound files of Diplomats speeches made in 1938. Then, with these sound files I will build a library to process it digitally and create musical material. An important aspect of the composition will be the spatialization of sound for the 8 channels and the consequences in the space; this aspect will be reflected in the structure of the work.