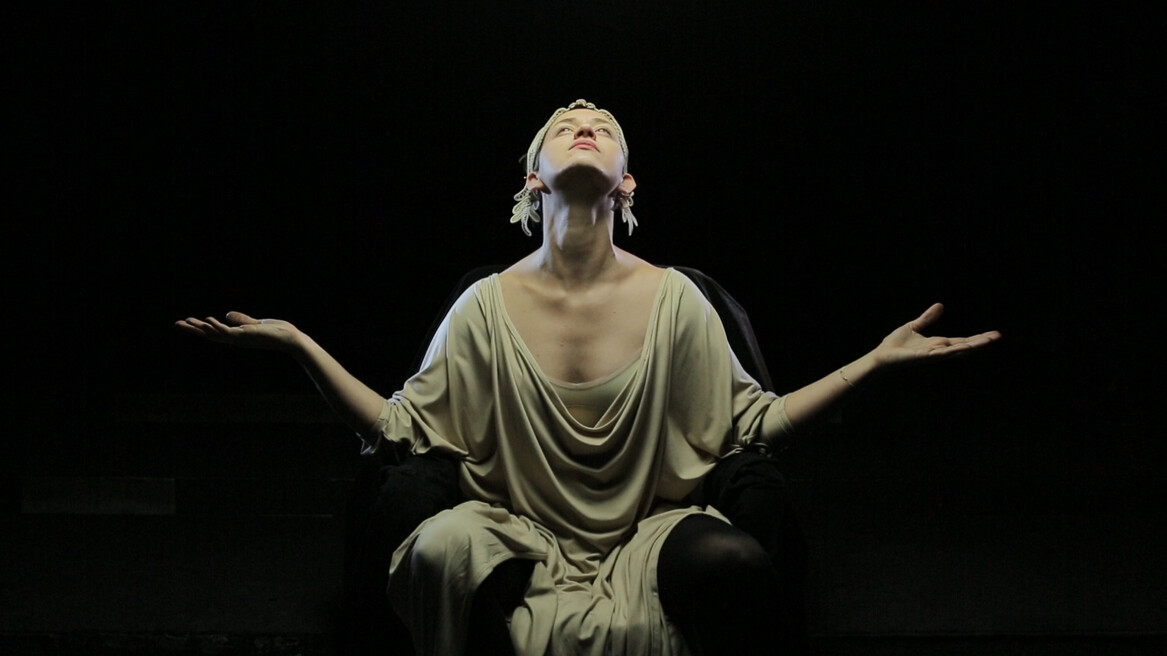 Lala Raščić (b. 1977 Sarajevo) is a media and performance  artist using the strategy of enactment to deliver narratives that include verbal video performances, performative installation environments, video projections, objects, light, drawing, and painting.  Her interests are rooted in the modes of performing text, reflected by her interest in ancient and contemporary storytelling practices, oral histories, and the art of the monologue.

Raščić holds a MA/BFA degree from the Academy of Fine Arts, Zagreb and has attended the School of Applied Art and Design, Zagreb.

Amongst others, Raščić had attended artist-in-residence programs at the Rijksakademie, Amsterdam; Platform Garanti, Istanbul; KulturKontakt, Vienna; and Cite des Arts, Paris. Raščić is the recipient of the awards Future of Europe, Leipzig (2013); the T-HT and Museum of Contemporary Art award, Zagreb (2007), and the YVVA Zvono (2006). Raščić was shortlisted for the Henkel Art Award (2013).

Recently Raščić has been commissioned by the Kadist Fonudation as a part of its three-year project entitled “Not fully human, not human at all”, curated by Nataša Petrešin-Bache­lez. In 2014, Raščić published her book Lala’s Reader with a foreword by Jelena Vesić, published by P.A.R.A.S.I.T.E. institute from Ljubljana.

Her work is included in number of private and public collections, including and Museum of Contemporary Art, Zagreb; Art Gallery of Bosnia and Herzegovina; Lauba, Zagreb; and the New Orleans Museum of Art.

Raščić is a member of the Sarajevo organization CRVENA, a member of the collective Good Children Gallery in New Orleans. She is currently pursuing establishing an artist-in-residence program in her own home in Sarajevo, the Nona Residency, in collaboration with CRVENA, Sarajevo, set to launch in spring/summer 2018.

The last year has seen the emergence of Europa Enterprise, a collaborative, modular and episodal project. I have dubbed Europa Enterprise „my lifes work“ as I havew concieved it as an open-ended durational platform for insistent artistic exploration and discovery.

Europa Enterprise is a performance and text-driven project that, as it develops, takes the form of live events, video, objects, and installations that gradually build a complex system of co-relations between the genres of mythology, science fiction, and feminist critique. Europa Enterprise is the vessel that I, as the narrator/performer describe, navigate, and embody through kindred storylines that transmute the past and the already (un)told futures, via awkward realities. Inspired by the potential of myth to span time and discourse, I embrace such an imaginarium.

I plan to dedicate my time at the Q21 residency to editing video material and working on accompanying drawings and visual material for the first episode of Europa Enterprise, EE-0. Additionally, time at the Q21 will be spent utilizing the research resources available in Vienna, and hosting a research work meeting with the other members of the core Europa Enterprise team, which will hopefully culminate with a presentation/live performance of EE-0.