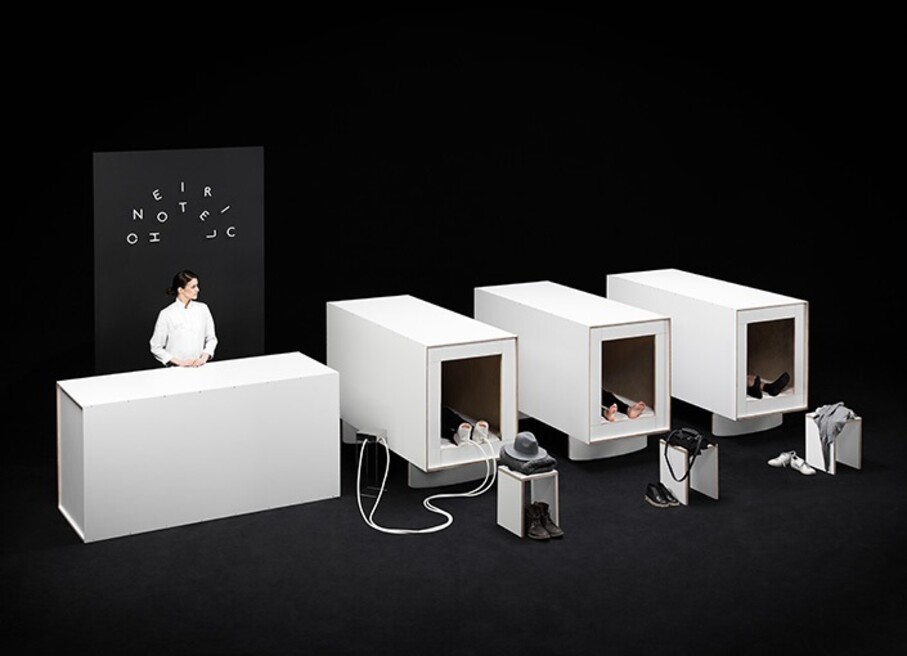 Julijonas Urbonas is a designer, artist, writer, engineer and PhD student in Design Interactions at the Royal College of Art. Since childhood, he has been working within the field of amusement park development, which has also been at the core of his creative life, from artistic work to scholarly studies. Most recently this interest has matured into his PhD research under the topic of Gravitational Aesthetics. His work has been exhibited internationally and received many awards, including the Award of Distinction in Interactive Art, Prix Ars Electronica 2010, one the most prestigious award in media arts. He lives and works in London and Vilnius.

Euthanasia Coaster (2010) – a hypothetic euthanasia machine in the form of a roller coaster.
Domestic Earthquake Generator (2010) – a doorbell designed to transform a slightest tap on a door into a domestic earthquake.
Emancipation Kit (2009) – a set of emetic tools and pharmaceuticals, specially designed for the elegant ritual of the eviction of the contents of the stomach.
Talking Doors (2009) – a series of interactive installations located in the public spaces of central Vilnius, Lithuania.
Objects for Arithmomaniacs (2008) – an experimental design project consisting of five electronic devices accompanied with anecdotal fictional stories.

During my residency I will work on my project “Oneiric Hotel”, customising it to the exhibition “Levitate” at freiraum Q21 INTERNATIONAL.

“Oneiric Hotel” is a pop-up hotel equipped with special dream-directing equipment — an artistic reconstruction of the few successful psychophysiological sleep experiments that managed to induce and direct lucid dreams. “Oneiric Hotel” reenacts these experiments as bespoke experiences for the visitors, transposed from the scientific laboratory to the set of a pop-up hotel. Equipped with dream-inducing contraptions and techniques, the public will invited to take a nap in sleep capsules, entering into the dream experiments in their own way. The 'scientific subjects’ will become the designers of their own oneiric experiments.