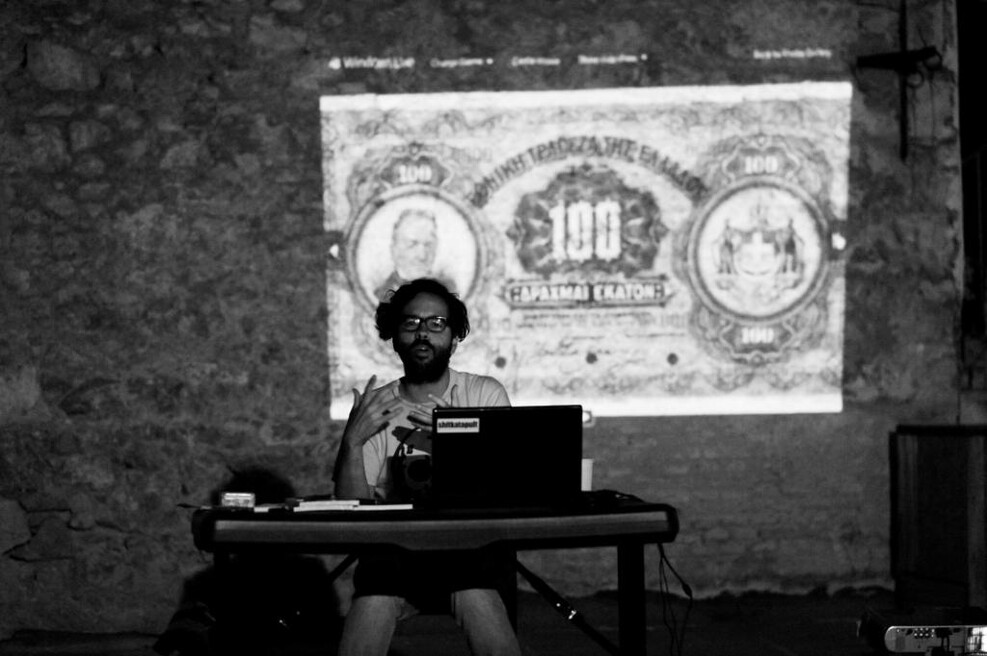 Georgios Papadopoulos combines economics and philosophical analysis with an exploratory artistic practice. His research gravitates around money and its socioeconomic functions. He holds a Master in Philosophy of the Social Sciences from the London School of Economics and has completed his PhD at the Erasmus University, Rotterdam. Between 2008 and 2009 Papadopoulos was a researcher at the theory department of the Jan Van Eyck Academy, in Maastricht, and in 2012 he was awarded the Vilém Flusser Residency for Artistic Research. He has published in scientific journals, art reviews, and edited volumes in English, Greek and Spanish, including the book Notes towards a Critique of Money (2011) and the the edited volume Grexit (2013).

During my residency at quartier21, I have the opportunity to test my ideas on money, its cultural significance and its aesthetics in a dialogue with Artistic Bokeh and their research on the intersection of technology and the arts. The phenomenon of alternatives to the official monetary system and the proliferation of cryptocurrrencies, following the spectacular success of Bitcoin, has been a focal point of these exchanges. Why has the Bitcoin been so successful? What are the aesthetic qualities of code and how does it relate to the aesthetics of value or money? How does immaterialization inform the field of vision?  Reflecting on such questions, we are developing a new installation in collaboration with the Parisian cooperative Société Réaliste entitled Too Much Money. The installation that opens on the 27th of February, 2014 in the Electric Avenue of the MQ is a comment on the relation between money, value, and artistic practice. During the opening, we will host a series of small events including the screening of the Film, Art Accounts Deutsche Bank (2013), by Carsten Lisecki.