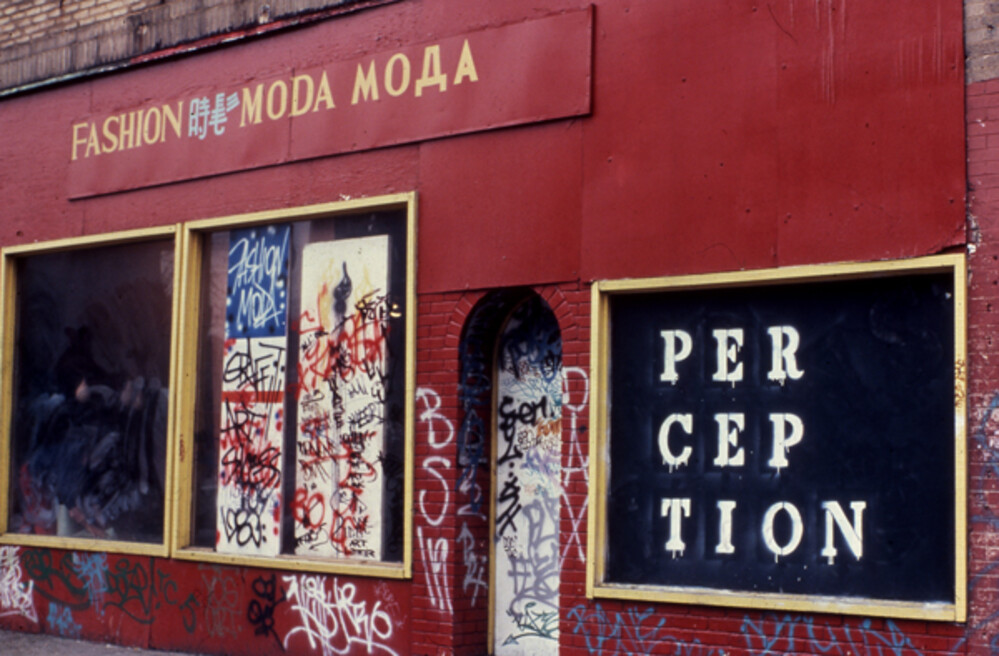 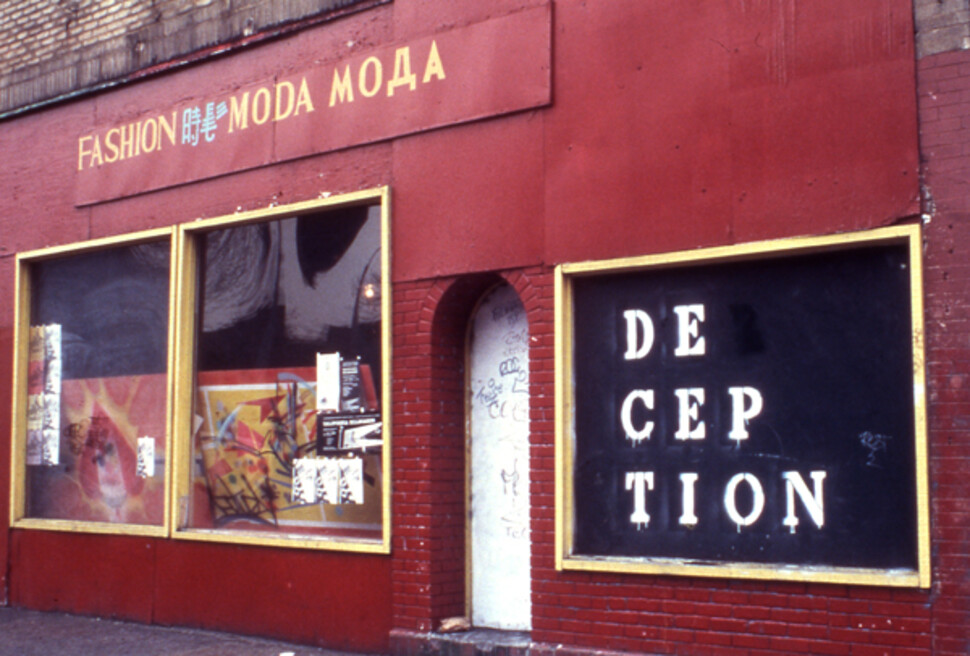 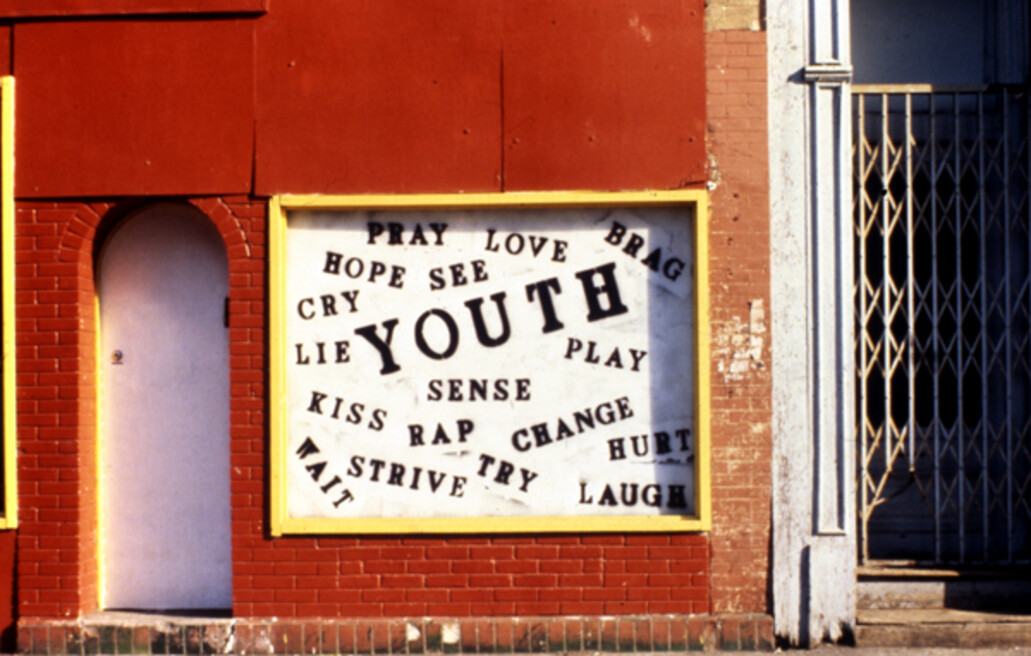 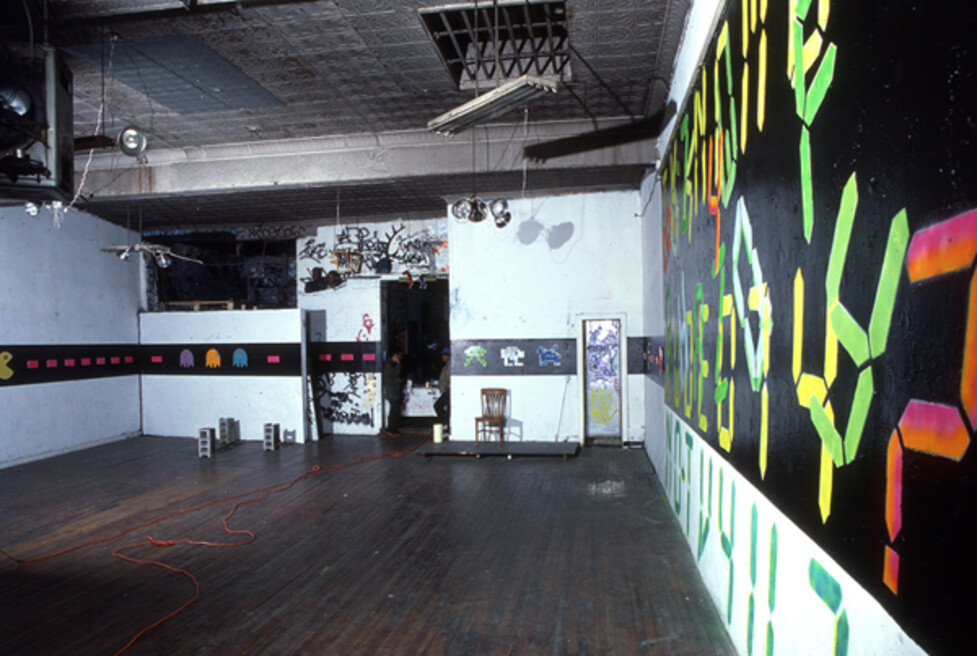 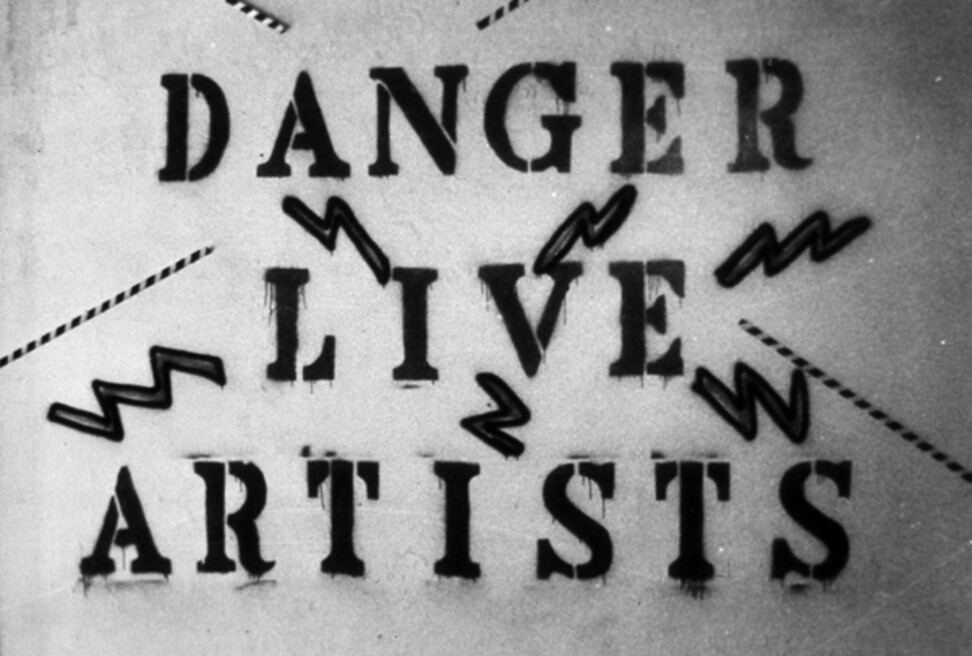 The early work of artist John Fekner, evokes the pioneering urban imagery that flourished on the streets and vacant lots of New York City where he was raised during the Aquarian age of the 1960’s. In keeping with Fekner’s ‘guerilla’ style, barely legal art-actions of the late ‘70’s, he chose to keep his artistic persona ‘anonymous’. His provocative images comprised of coded words, symbols and icons, which were sprayed with stencils in both large and small scale formats. Viewed in their entirety, ambiguous yet evocative messages emerged—often intended as a dialogue within the communities they inhabited. Conceived within the gritty graffiti form of the day, these installations straddled that of ‘formal’ art expression, an uncertain territory which Fekner and other street artists later found an ‘uneasy’ acceptance within the fine art world at-large.

While living in Jackson Heights in his late teens, Fekner was already writing poetry and text that would eventually be transformed from pen on paper into monumental scaled ‘painting words’. One such project entitled, Itchycoo Park was installed on the walls of a local city playground in 1968, where the interplay between teenage kinetic activity and the towering text formed an interactive, multidimensional post-modern narrative. Fekner eventually took on the pseudonym of Gary Hütter for his site-specific outdoor stencil graffiti art. It remains one of the earliest examples of the art form, created on the streets and highways of Queens in the winter of 1976-1977.

Fekner’s contemporary work remains site-specific, created ‘in situ’ within a particular area of a city, still attuned to its environment and local inhabitants, where the cultural mosaic is referenced and explored. Fekner’s mature works are now self-attributed and have reached publicly into the cultural mainstream. One such project was conceived for the birthday celebration of Dr. Martin Luther King Jr. The hand-cut painted stencil on paper ‘I Still Have A Dream’ was installed on the outside wall of Pal’s Lounge along the parade route in honor of Dr. King in his hometown of Atlanta, Georgia on January 16th, 2012.

While Fekner’s work is regarded for its large-scale public installations and technological-driven references to mass media, as an artist he has chosen to keep a low profile. In this age of art-star glamour, it is a rarity for a successful such as Fekner to choose to work within the pantheon of the ‘anonymous’ artist. Creating in seclusion keeps Fekner’s vision fresh and resolute, unfettered by intrusions of art fads or commerciality. His work stands on its own, speaks for its self and for the communities for which it seeks to embrace.

For quartier21, Fekner will produce a new multi-component work, both indoors and on the street, which will resurrect the Gary Hütter identity, revealing and exploring themes of personal anonymity and urban memory.

Together with Don Leicht, he will leave a message on the six ice pavilions at the MQ using the stencil-technique and will thereby create a visual experience. On several afternoons in November he will be working on his installation. Visitors will have the opportunity to participate in his artwork.