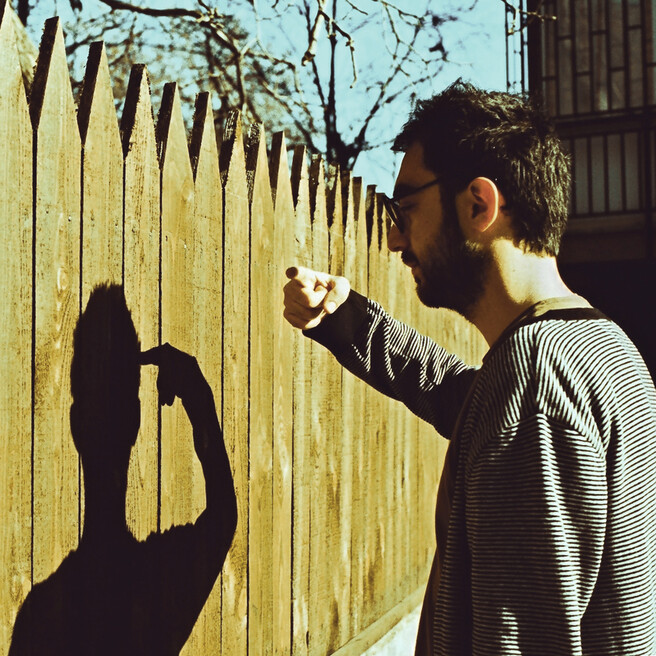 Poet Altınok who is currently residing in Istanbul was born in 1980 in Ağrı (Turkey). He grew up in various cities of Anatolia with a strong, inspirational influence from his Middle Eastern Anatolian grandparents. His childhood memories are full of traditional songs (türkü) sang by his grandmother and poems read by his grandfather. After he received his PhD degree from Yıldız Technical University in 2012, he started working as an Asst. Prof. at Istanbul
Bilgi University Faculty of Architecture. In addition to his academic carrier, he works as a freelance photographer, designs books for “160. Kilometre” publishing company.
As a poet, he has three poetry awards and three published books in Turkey. His poems were published in several literature magazines such as Heves, Mahfil, Ücra, Kitap-lık, Varlık, E, Üç Nokta, Kum, Ağır Ol Bay Düz Yazı, Ünlem, Islık, Başka, Yaba, Kavram Karmaşa, for more than ten years.
He also led a personal poetry fanzine project called “gak” which released up to seven volumes between January 2007 and November 2008. Within this project, he used the name “Franko Buskas” as a pseudonym and he defined his writings as “the broken poems”. Some critics found “the broken poems” published in “gak” during this nearly two years’ time as a reflection of an innovative and avant-garde attitude. During his journey of “gak”, besides “the broken poems”, Franko Buskas has also performed in different fields of art, so that he could associate these performances with his poetry. This process began with “the blast” which could be interpreted as reflections of an unconscious state and pre-production period of “broken poetry”. The inscriptions of “the blast” appeared in early volumes of the fanzine. These inscriptions that look like drawing and handwriting evoked some works of Roland Barthes and Henri Michaux. In addition, he made some audio recordings that were more of like audio poems of a delirious mind along with “the blast”. Beginning with the release of “gak” vol.5, he started to make stencils in different streets of Istanbul. The stencils that called “proactive poetry” by Buskas had significance on bringing poetry to the streets and provided new poetic collective experiences. Franko Buskas has questioned the poetic expression, breaking it and focusing on reconstructing it with different instruments until the very last volume of “gak”. The way he approaches the poetic issues with a wide perspective, which reaches from philosophy to politics, from anthropology
to sociology and even to economics, also his creating a new world by using a very surprising language has aroused considerable interest.
Altınok is also keen on music. He is the founder of a psychedelic rock band “etreh” which has been making improvisational psychedelic rock music since 2005. Their sound is along the lines of a swooning, passing out musical “zikr”, and is more about mood and atmosphere than virtuosity or complexity.
As a fine-art photographer, he has staged numerous exhibitions and featured in several of worldwide magazines including JPG, Default and Yeah Magazines.

I made new inscriptions that look like drawing and handwriting evoked some works of Roland Barthes and Henri Michaux. Also as a continuous works of my past project "proactive poetry" which was taken place in Istanbul between 2007-2009, I produced a new stencil in Street Art Passage Vienna by using the name "Franko Buskas" as a pseudonym. The stencil  that I call “open poetry” has significance on bringing poetry to streets and provided new poetic collective experiences. Basically one or two lines of a poem is the starting point for a collaborative poem writing process. People can add their own words and remake the poem. Then they scan the QR code next to the stencil on the wall and found the projects blog (www.openpoetry.tumblr.com) on the internet. If they take its picture and send to the given e-mail address, I can post their poetic urban intervention on my blog.

As a second project, I was  invited to write a text for the Vienna Soundwalks event (Wiener Soundspaziergänge - www.textfeldsuedost.com/wiener-soundspazierg%C3%A4nge/). I've been planning to design it a fiction text as "prose poetry" (in contrary to an abstract poetry, an hybrid diction between narration and poetry) which will take place in Karlsplatz. I've been in Karlsplatz for many times to make some research for my text, take photos and notes. I finished the draft in Vienna, now the writing process is still going on.