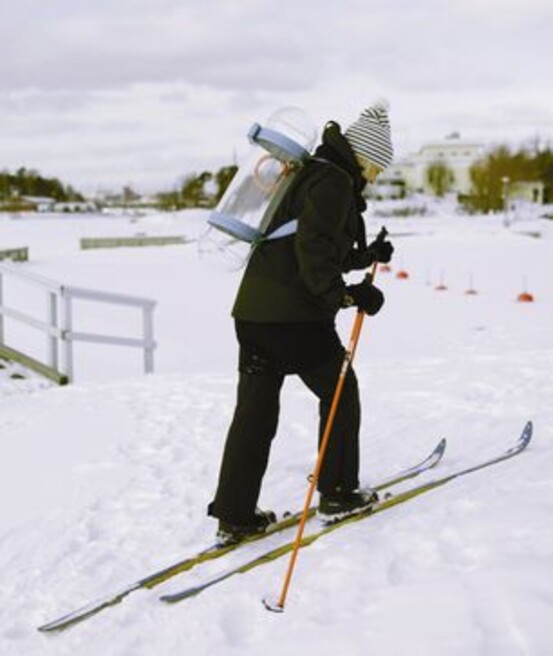 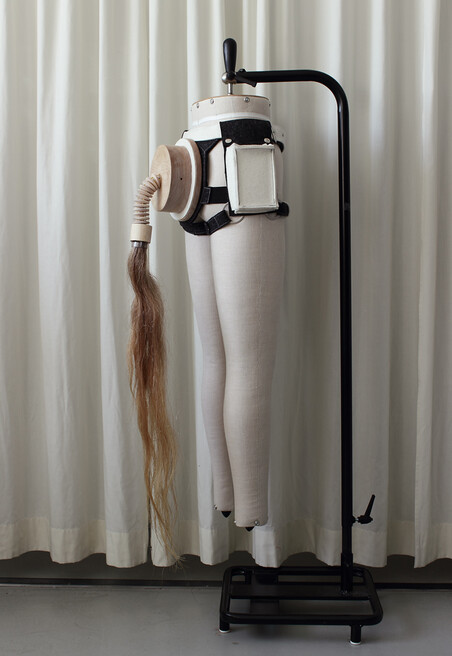 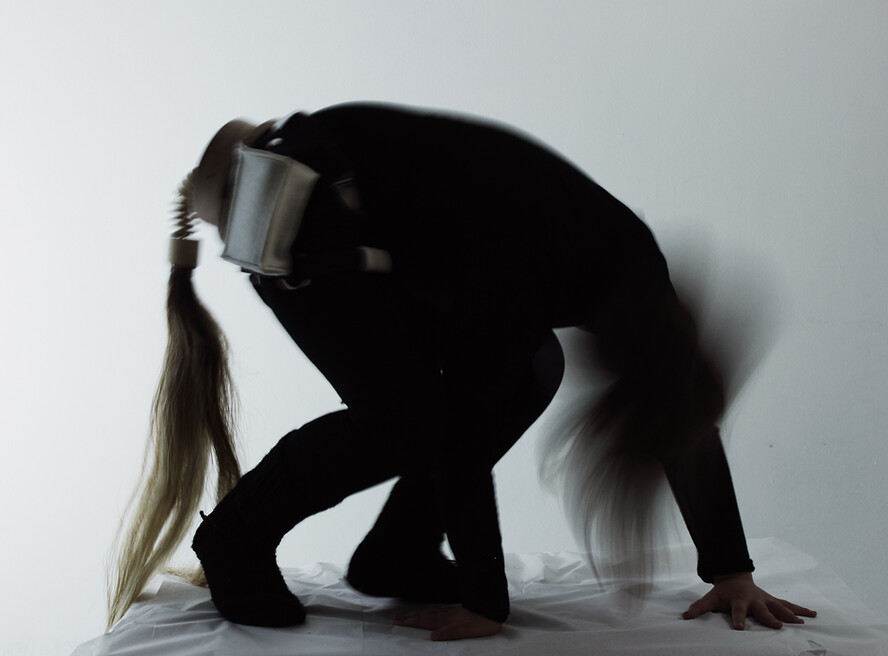 The Appendix is a technological device in a form of a tail that is designed to become part of the user’s physiological body. However, the movements of the tail are triggered and controlled by real world events that are external to the user in a combination of natural phenomenon and a human-constructed artificial system. The horizontal direction of the tail movement is determined by the direction of the Helsinki city transport tramway in real time, and the vertical movements are triggered by the wave height of the Baltic Sea in real time.
The connections were intentionally selected to have no purposeful intention or self-evident meaning for the user. Rather, it constructs a situation in which it is possible to investigate techno-organic connections that merge the user’s body and the environment into a single entity.
This certain kind of non-intentionality of the connections rejects the rational approach to technology as a purposeful tool, but treats technology as an environment and material. The work presents an aesthetic experiment in which it is not known beforehand what the benefit is or what kind of experience it will create. Even though the structure of the work is based on technology, it purposely lacks an instrumental technological use as a means for achieving a predefined goal.
Central to the author’s constructed Appendix tail are the relationships between the body and technology, and the human and her surrounding environment. The latter two elements, humans and environment, are increasingly enhanced by technological and artificially created or modified features and connections.