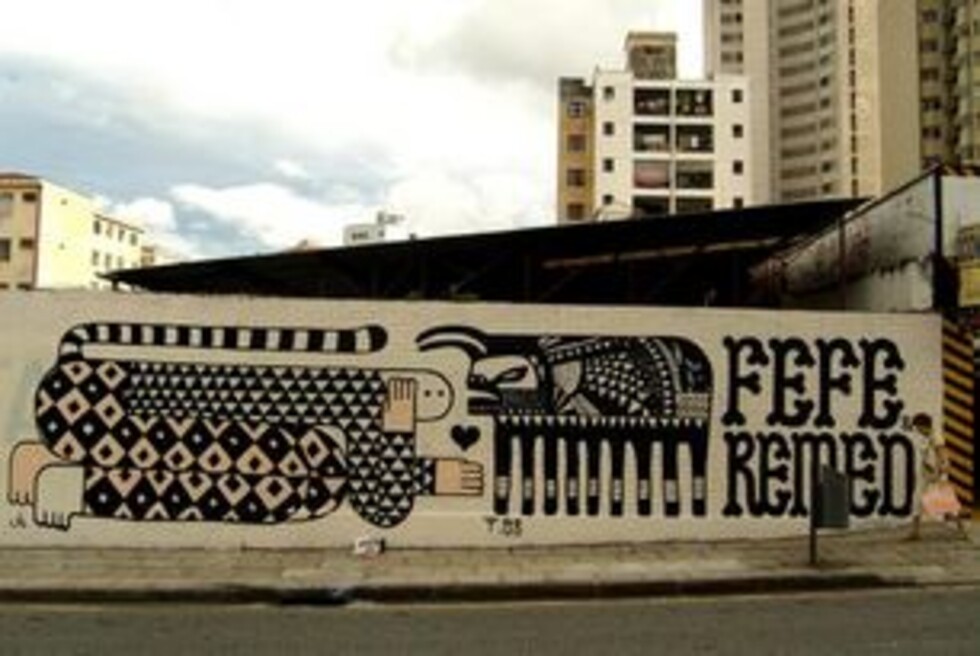 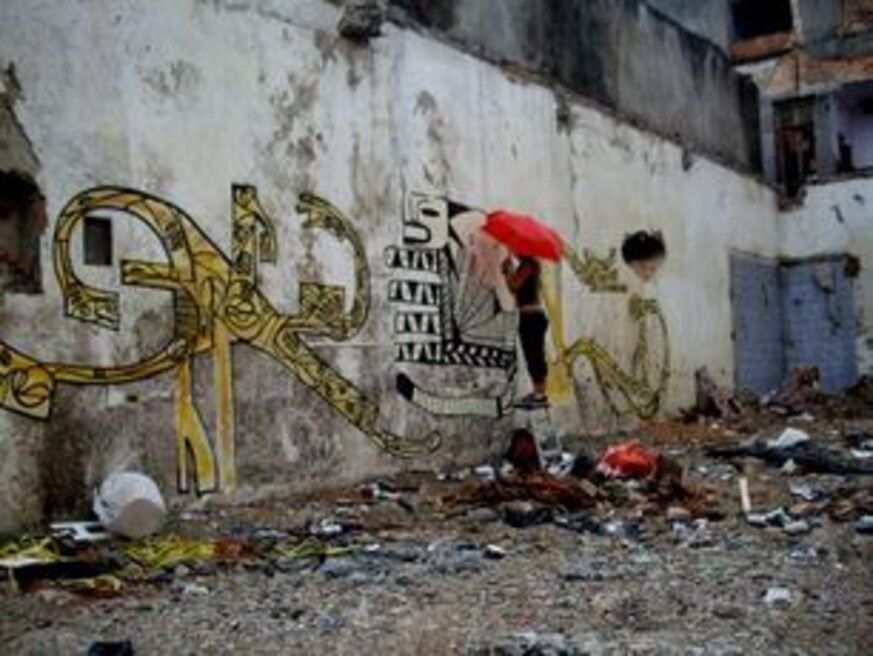 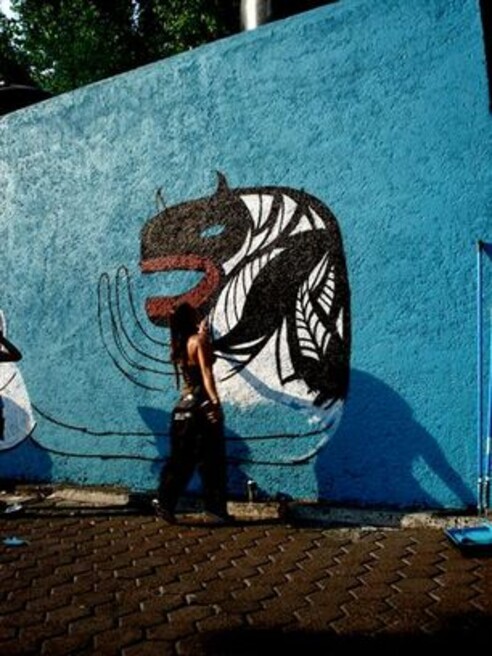 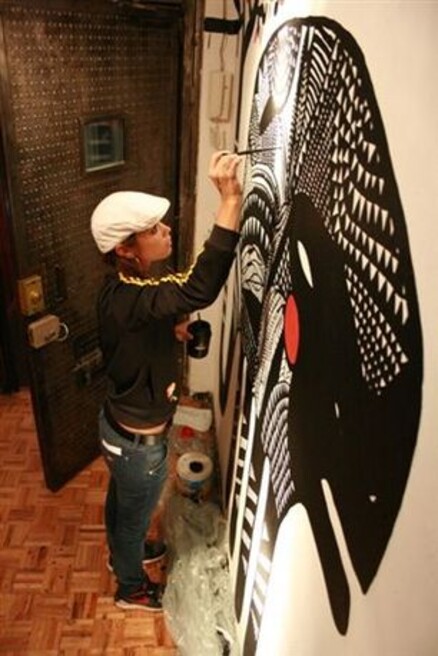 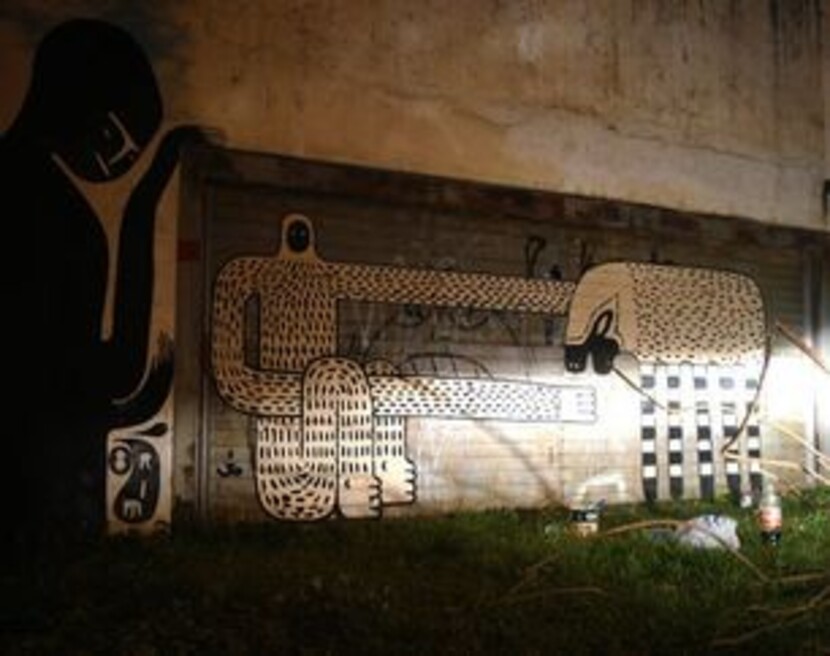 It´s easy to realize in her works the closeness with letters, books, prints, and photos.. Part of a artistic and cultured family, she lived between Brazil and Mexico and has all this different cultures influencing her art .. Fefê Talavera had her art¹s Bachelor from FAAP at São Paulo, however, she searches primordial energy at the streets what she could not find at any schools. environment, more emotional than theoretician energy, much more visceral energy. The type animals are as a subconscious mind revolt to demonstrate that all letters, all the graphical signals had been invented to be able to describe human emotions and not to command them, because our emotions are dirty and not civilized. She does not do cute and female paintings. She creates strong and disturbing animals, that lives at the shady part of our soul. Fefe is only 27 years old and has been treading a good delineated way of the artists who has something to say and knows how to make it.