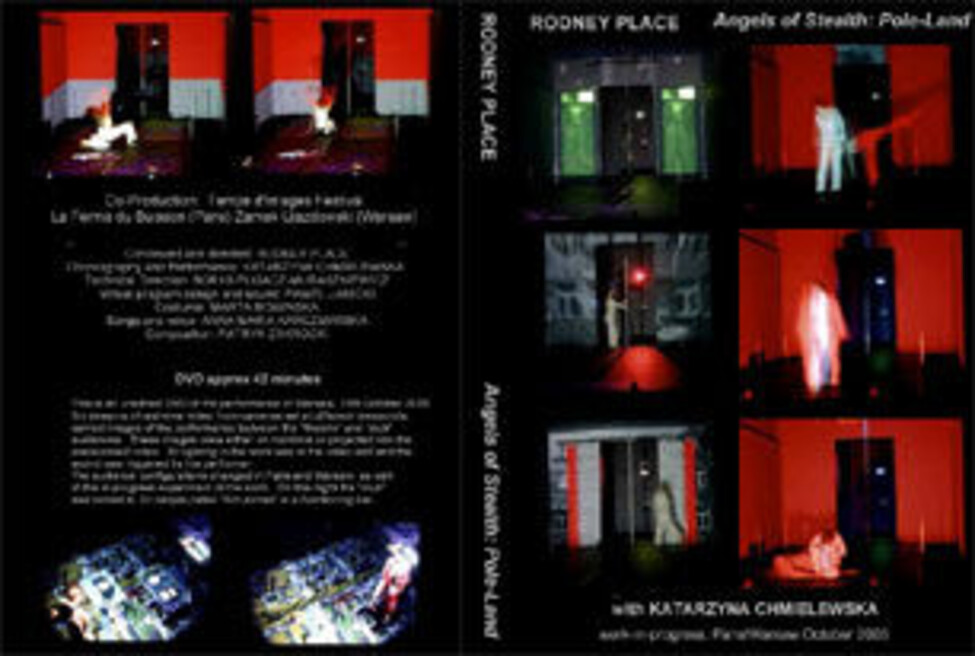 Born 7 April 1952, in Johannesburg.  Studied at the Architectural Association School in London from 1972-8.  From 1981 he lived in the North, South, East and West of the United States.  He returned to Johannesburg in 1996.

In 1996 he was scenographer in a number of theatre productions with Jim Sheridan and Paddy Scully, Projects Art Centre, Dublin.  He has exhibited and published his work in Africa, Europe, USA, Japan and Australia.  Past projects include: "Conversion of a Bed-Sitting Room on the Circle Line"; "The Banquet Hall"; ”X Changing Rooms"; "The White Room"; and "TEX S.A.”, shown in three solo shows in New York and Museums in Texas and Tennessee.

In 1982 he founded The Laboratory of Uncertainty, a ten year collaborative project involving installation and fiction writing, offering studios as a visiting artist/architect throughout the USA and Canada; including Cornell, RISD, Harvard, U Penn, U T (Austin), SCI-ARC; and Bennington College; in London at the Universities of Westminster, London and Richmond and the Architectural Association; as well as RMIT, Melbourne, Australia.

In 1996 founded in Johannesburg, ZAR Works, an art, architecture and production Company.  As ZAR Works he has directed/produced “Couch Dancing” (1998), a sculpture and dance performance work, Market Theatre and Galleries, Johannesburg and Castle, Cape Town; as well as speculative architecture, public sculpture and land art: The Flight From Egypt, (1997), a steel “shadow play” sculpture installation; Johannesburg; City Bowl, (1998), a skateboarding rink in an inner city park Johannesburg; and An African Hotel (1997-8), an art-based mo-hotel in Mpumalanga province, South Africa.

In 2003, he was commissioned by the South African Cabinet to design/develop a project for a living monument to the African Union.  New Skins - New Skeletons, a one-kilometre land art work that includes three museums, set about to shift the paradigm of land and landscape in Africa to embrace the aesthetic inclusion and hybridisation of infrastructure into an African setting.


During a residency at Forum Stadtpark, Graz, Austria in 2002, he sketched the outline of Infections of the Void, a two-part multi-media project – photography, fashion, dance, performance, music, video - that links the urban conditions of post-apartheid South Africa with those of post-communist Central Europe.  Infections of the Void: The Eurethnics was shown at the Habana Bienal 2003. Two elements of the project, City without Walls, a dance performance/music/video work and Shopping Baroque, photo-sculptures and video-sculptures, were shown in-progress at Gallery MOMO, Johannesburg, as a commissioned work for the FNB Dance Umbrella (2004). The Central European part of the project, Angels of Stealth, is being developed in Poland. Pole-Land (2005),the soldier/stripper episode of Angels of Stealth was shown in-progress at La Ferme du Buisson, Paris, and Zamek Ujazdowski, Warsaw, co-produced by ARTE’s Temps d’Images Festival.

The simplest description of the idea behind this work is “interfering and interfered with film”.  It is an idea of integrating video and live performance - formally and subjectively - between high levels of abstract movement and the real-life feel of documentary.  The performer stops and takes a drink, and everything drops into real-time and “ordinariness”. The performer is controlled by (video and sound) time, but also controls (video and sound) time.

This schizophrenia is based on a tension between two kinds of urban space – what I call the heroic or propaganda field, and the spaces of ordinary life and intimacy.  So the work is also an exploration of public space that now, of course, includes the Internet.

This tension is most clearly evident in the “former East” cities like Warsaw with their remnants of totalitarian iconography, but now with the added overlay of commercial Western iconography.  Real life negotiates surreptitiously, trying to make real spaces (of touch) in these powerful image-based propaganda fields.

I think of the sexual content of this work, not in the Western post-Modern sense of, say, Houellebecq, but rather in the sense a Hungarian friend once described, that sex and intimacy were the only liberties possible in totalitarian states.  This idea of intimacy is still the basis of a resistance here to Western neo-liberal propaganda that promises global consumerism as the new social glue, but further corrodes sociability, the essence of cultures. The resistance seems to be manifesting itself in the demagogic resurgence of nationalism in Europe.

In all the work I have been doing since 2000 there is an idea of moving/still iconic images, and live performance/body – iconic images sometimes controlling and sometimes being interfered with by the human body.

This has increasingly led me to register this difference – really a political difference – between the pre-recorded use of video - both images and light - and real-time, interactive video controlled by the performer.  Sound is also dealt with in a similar way.  Bydividing the audience into a “theatre” audience and a “club” audience in Angels of Stealth: Pole-Land, I tried to extend the idea of the schizophrenic city by asking the audience to choose ahead of time, their (preferred) viewpoint and involvement with the work.

Since 2000 I have developed these ideas in a series of experimental works.

I took up residency at q21 at the invitation of EIKON Magazine to begin/develop two video/live parts of Angels of Stealth – a large on-going multi-media project about the former-East, being produced primarily in Warsaw.

This was a very calm and productive period in which the studio conditions were not only ideal but in terms of this project, inspirational.  Living/working in “flexible white space” was a revelation, like waking up on a white page and “drawing” live for several months. q21 kindly extended my stay by one month to allow me to continue on this roll.

Although q21 does not set itself up as a producing institution for works, it nevertheless positions itself amongst a myriad of MQ institutions, aside from the host, that provide artists with access to specialized technical and knowledge bases, if you take the initiative to explore and use them.  This was particularly useful for me in terms of Austria’s extensive “former-East” databases in many fields.

The sense/atmosphere of the residency is “informal “ – no small achievement when confronted daily by three heavy Art Institutions at MQ as you drink coffee in the morning at one of the cafes.  But the recent addition of AIR Base as a small venue for works produced in residency provides a very good focus to the program, despite adding the complication of public presentation to an essentially behind-the-scenes enterprise.

A residency program is not a mechanism that works only on paper.  It is entirely dependent on the people who run it.  In my experience the staff of q21 was wonderful – open-minded, flexible, adventurous, looking to expand ideas of residency and mercifully short of programs that try to condition the work and thoughts of artists.  On the other hand, this requires artists to treat residency and particularly presentation more as an exploratory co-operation with the q21 staff, than as a traditional venue that “provides” exposure and networks.  The staff was always willing to go out of their way to make something work.

In promoting this subtle sense, the program was also thankfully short of bogus seminars or artificial networking platforms. Out of the simple monthly artist/sponsor lunches came for me three on-going and abiding professional friendships with other artists in residence.  There are astonishingly few institutions nowadays that give artists space to work and live as normal, intelligent human beings rather than performing chimpanzees.