mumok Kino: Friedl Kubelka aka Friedl vom Gröller. One Is Not Enough

mumok Kino: Friedl Kubelka aka Friedl vom Gröller. One Is Not Enough 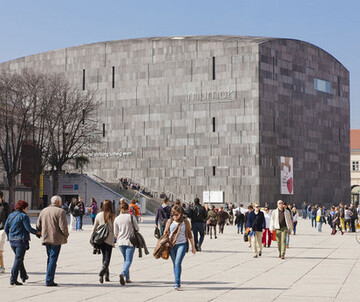 One Is Not Enough is the title of the second comprehensive monograph on the photographs and films of Friedl Kubelka, who has been using the name Friedl vom Gröller for her work as a filmmaker since 2009. The title has several meanings, and alludes to the structural credo that underlies that artistic work of Friedl Kubelka, which combines one single photograph with a multitude of images. This method is particularly impressive in her rarely seen self-portraits, which she has been making every five years since 1972. This new book speaks of the artist’s skeptical view of the single image, and also of an extended perspective that combines single portraits with double and multiple portraits. There is also an accompanying magazine on the Senegalese mural painter Pape Mamadou Samb aka Papisto Boy, which co-editor Madeleine Bernstorff will present. (DS)