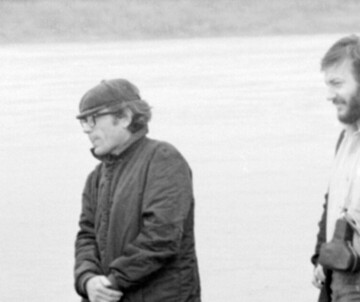 An overview of an extraordinary artistic career through an encounter between two old friends – and six examples of censorship under two different political regimes.

In late 1960, Želimir Žilnik saw filmmaker and cinematographer Karpo Aćimović-Godina’s early films at an amateur film festival in Novi Sad. Žilnik was so impressed that he decided to ask Godina to apply his rule-bending skills as a cinematographer to his first feature film, Early Works (1969), inaugurating a long-standing friendship and professional collaboration.

Žilnik and Godina are currently working together on a reimagining of Freedom or Cartoons, a famously banned project that they started in 1972 but were never able to finish.