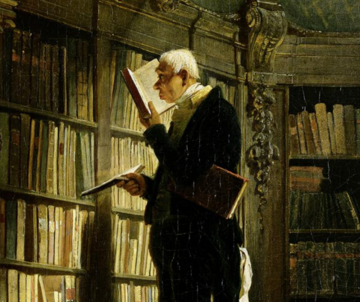 Some 130 years after his death, the Leopold Museum presents the first comprehensive exhibition in Austria of works by the German artist Carl Spitzweg (1808–1885). Contrary to the ideas of tranquility and petit bourgeois idyll commonly associated with the Biedermeier period, the presentation focuses on the aspects of Carl Spitzweg’s oeuvre that are critical of his time and the society he lived in. While Spitzweg did not actively participate in political disputes, he was a reflected and at times caustic commentator who documented the schisms and conflicts of his era with his art. The exploration of Carl Spitzweg’s work also highlights the topicality of his themes, which is reflected in the 21st century’s “Biedermeier generation” and is illustrated through trenchant interventions by Erwin Wurm.