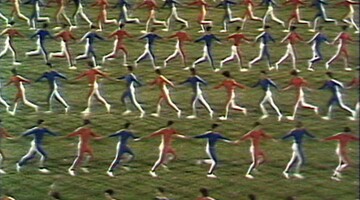 This year Austria celebrates the 50th anniversary of the contract of 4 April 1966 between the Republic of Austria and the Socialist Federal Republic of Yugoslavia establishing a basis for the legal and voluntary migration of labor, and so creating the “Gastarbeiter” (Lit. guestworker) phenomenon. Article 9 of this historically significant contract specifically endorsed the promotion of this mobile workforce's own cultural and social life, and led to the founding of over 100 workers social clubs. Following the international success of his project “FACELESS,” artist and curator Bogomir Doringer returns to the MuseumsQuartier Wien with a new exhibition. “AJNHAJTCLUB” explores the history of this community as reflected in these clubs, which were not only regarded as spaces for maintaining and bolstering cultural identity and for providing a sense of participation, but also provided a vent for nostalgia towards the old homeland. The opening reception is on Tuesday 5 July, from 7pm, at which the director of the MQ, Christian Strasser, and Minister of Foreign Affairs Sebastian Kurz will be present. There is a guided tour for the press at 10am. Admission is free. 09.06.2016