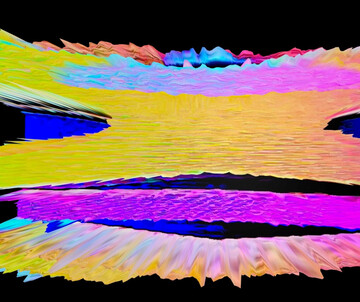 To accompany the current single "She is looking", which has been released on Spotify & Bandcamp, an installation can be seen at the MQ.

Sound and the connection, or mutual influence with image in A/V performances, the reproducibility of image and sound loops – live and in installations, sampling and clubbing, are themes of the artist duo STATION ROSE, STR for short. Founded in 1988 by media artist Elisa Rose and musician and media artist Gary Danner as the first multimedia project in Vienna's Margaretenstraße, it has pioneered the multimedia/network/clubbing and theory/sampling complex for many successors and triggered similar projects. STR is thus one of the pioneers of audio-visual and media art and cyberspace, exploring the possibilities of interactive media and the Internet, performing in art galleries and universities as well as at media festivals and club events.