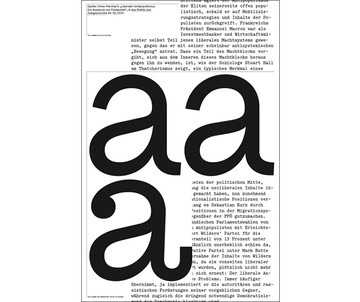 David Einwaller (born 1991) works between the application and design of typography. Since his time at Studio Es, he has been realizing projects on his own, mainly in the field of culture. For about eight years he has also been devoting himself to his own typeface designs and research approaches in the field of typography parallel to his graphic practice. His design process is mostly based on historical models that find new meaning in a contemporary context. www.deinwaller.com

Conception and coordination: Toledo i Dertschei