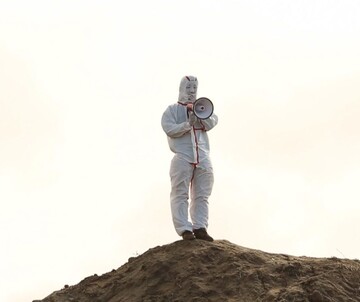 Before the film screening, there will be a talk with Roland Domenig (Professor for Japanese Film History at the Meiji Gakuin University in Tokyo), Artist-in-Residence Shinpei Takeda and Marcello Farabegoli (curator "Japan Unlimited").

Ghost Magnet Roach Motel (70 minutes / 2016) is a punk musical documentary film which follows two American musicians, two Mexican artists and one Japanese filmmaker of the Punkformance unit "Ghost Magnet Roach Motel" as they go through their existential crisis and struggle from addiction in the border of USA and Mexico.