Ivana Ivković: I did it for you

Ivana Ivković: I did it for you 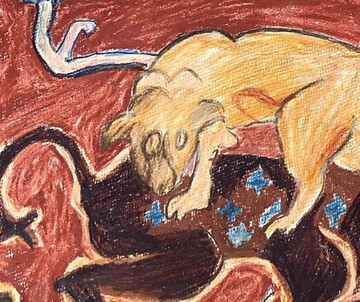 I did it for you  is inspired by the work of the English film director and author Derek Jarman, his famous film Caravaggio (1986) and the Brutal Beauty exhibition at Kunsthalle Wien from 2008. The architecture of MuseumsQuartier is associated with Caravaggio and his Baroque style, creating a flamboyant setting for the story about masculine identity in the contemporary context. Through a site-specific installation and a living-image performance prepared for the opening,
I did it for you deals with poetics of intentional exposure and revealing one's own identity.

Ivana Ivković rubs shoulders with Serbian feminism as she addresses a similar topic using the male body both as a subject and an object. Being equally worshiped and demonized in Serbian culture of the 90s, men, especially their physical presence and appearance, have become an obsession in pop-folk songs, music videos, films and in real life in parallel. This is a phenomenon that somehow went unnoticed as it happened, as a consequence of social changes, war, anxiety and fear. Seeing a man as a soldier (in the early 90s), a potentially dangerous criminal or a damaged street kid has, paradoxically, put the male body into a position of objectification, observation and, therefore, vulnerability. In the most unexpected way, Ivković shifts the infamous classical roles between women and men in art, using semi-naked male body as a channel of sensitivity, discomfort, sensuality.

Ivana Ivkovic (b. 1979), lives and works in Belgrade, Serbia. She holds an M.A. in Drawing from the Faculty of Fine Arts in Belgrade. Since 2002 Ivana has had solo and group shows in Montreal, Belgrade, New York, Beirut, Düsseldorf, Vienna, La Coruña, Bodrum, Basel, Calcutta and Copenhagen. Her works are part of the Telenor Collection of Contemporary Serbian Art, the permanent collection of the City Museum of Belgrade and of several private collections worldwide.

A main contribution in the latest issue EIKON #107 is dedicated to the artist.