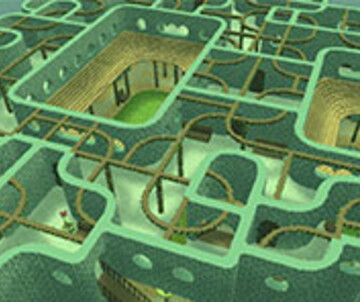 The talk aims to cover the ways in which interactive virtual urbanism is expressed via the creation and exploration of digital cities in video games. It will explore how these imaginary cities can lead to the creation of immersive environments to play in, but also touch upon the ways both designers and players interact with cities, and get in touch with city life and the core of urbanism. Urban environments as art will be discussed too.
The talk will include examples of successful game cities, less successful ones, a discussion of common omissions and misconceptions, rules and guidelines to approaching the creation of game cities, and methods of applying urban planning and design principles on imaginary and/or digital places.

Biography
Konstantinos Dimopoulos is a game urbanist and game designer. He is also an engineer with a PhD in urban planning and geography, and a love of urbanism both virtual and actual. When not researching game urbanism he is usually designing game cities, consulting on matters of virtual urbanism, tinkering with playable things, and occasionally teaching people about levels and urban environments. He has worked on projects like “The Sinking City”, “Droidscape: Basilica”, “Cyberganked”, and “Earthling Priorities”.