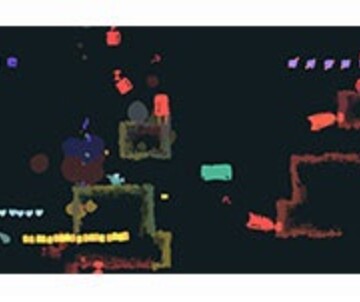 This lecture will explore the process of structuring a dev team, from a student project to a founded studio, from indie to AAA. Gordon will explain ideas how to begin and where to draw inspiration. How and when do you choose who to bring on your team? Why are concept- and key art critial? How can you focus on the important sections of style and design? What´s the best practice of budgets and how do you increase your chance of success to create again?

Gordon van Dyke
founder at Raw Fury (Stockholm)
Gordon van Dyke began his road into the Games Industry in 2002 by modding for “Battlefield 1942”, “Vietnam”, and “2”. In 2005 he join EA as a QA Tester for the “Battlefield” 2 modding tools. From there he was quickly hired by DICE to work on “Battlefield 2142” and asked to lead the games development after launch. In 2010 he left DICE to explore other opportunities in the games industry that all ended up preparing him for Raw Fury which he co-founded with Jonas Antonsson and David Martinez in 2015 with a goal to change the relationship of Developer and Publisher. Gordon wears many hats within Raw Fury, but his primary role in this endeavor was to build a healthy production pipeline that ensured the developers lead the creative and created the experience they set out to make. Raw Fury now proudly had two games nominated for IGF awards 2017, with one of them (“GoNNER”) taking home the prize of “Excellence in Audio”.