Daniel Sannwald (GER): The Absence of Anything

Daniel Sannwald (GER): The Absence of Anything 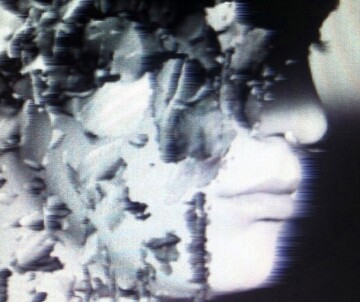 Daniel Sannwald (GER): The Absence of Anything
in the context of \"MQ Summer of Fashion\"

Daniel Sannwald, a rising star in the fashion photography scene, is visiting Vienna as a quartier21 Artist-in-Residence this March and April. During his residency, he will be producing the experimental film \"The Absence of Anything\" with an international team of stylists and makeup artists for the \"MQ Summer of Fashion\". The premiere screening will take place on August 10 at 21:00 at the frame[o]ut film festival with free admission.

\"The Absence of Anything\" is a short film that tells the story of two young men in several abstract and kaleidoscopic chapters. The two of them go on a journey outside of time and space in search of eternity.

Daniel Sannwald uses various techniques to describe the journey, confronting viewers with an unexpected clash between low and high fidelity. Together with an international team of creatives from the fashion world like stylist Tamara Rothstein (Fashion Director, POP magazine), Kathi Kauder (Fashion Editor, I LOVE YOU magazine), and makeup artists Isamaya French and Matthew Josephs, he will produce this personal video project exclusively in Vienna.

Born Kempten, Germany, in 1979, Daniel Sannwald is one of the most sought-after fashion photographers of the new generation. Known for his surreal imagery, his work emphasizes intuitively playful experimentation with technical processes. He studied art, film, and photography at the renowned Royal Academy of Fine Arts in Antwerp and now lives and works in London and Munich.

In conjunction with his participation in last year’s fashion art exhibition \"GET IN THE HAZE\" at freiraum quartier21 INTERNATIONAL, Daniel Sannwald introduced his first monograph, \"Pluto and Charon\", which was designed by Paris-based creative director Michel Mallard.