Az W topical: The Culture of Building and Politics in Austria

Az W topical: The Culture of Building and Politics in Austria 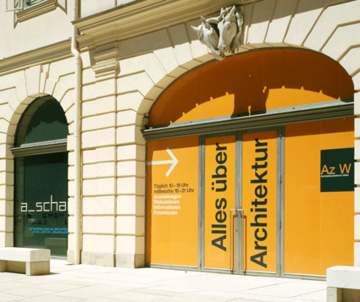 Az W topical: The Culture of Building and Politics in Austria
Presentation of the 2nd Austrian Building Culture Report

Building culture as a matter of tangible political action often doesn\'t get enough attention due to a variety of different responsibilities.

The Austrian Building Culture Report 2011 was compiled by the plattform baukultur on behalf of the Federal Government based on a resolution of Parliament.

After the first Building Culture Report 2006, which comprehensively represented the built environment situation in Austria, the second report focuses on three particularly relevant topics \"sustainability\", \"people orientation\" and \"competence in education\". Thus it also deals with the three major current crises - the energy crisis, the financial crisis and the crisis of education. The contribution of building culture to the central challenges of the present is discussed. On the occasion oft he public presentation of the Austrian Building Culture Report a conversation between leaders will explore the possibilities of political action.