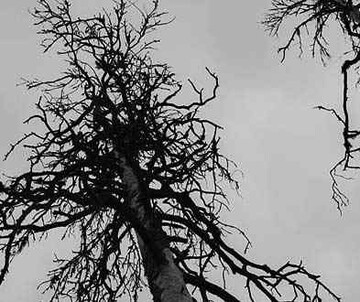 Florian Pumhösl, whose work in recent years has met with international recognition, will develop an exhibition showing new works at MUMOK. At the center of Pumhösl\'s most recent production are abstract film and painting and their interaction with space. For this exhibition at MUMOK, he places methods of recording and transmission at the center of attention. On view are two installations as well as a comprehensive cycle of images.

Florian Pumhösl\'s new film installation Expressive Rhythmus is based on the idea of using an abstract image as the starting point for a film. In so doing, Pumhösl refers to Alexander Rodchenko\'s 1942 gouache Expressive Rhythm from 1942, which shockingly anticipates Jackson Pollock\'s style of painting and is a unique testimony to links between gestural abstraction, automation, and trauma.
Rodchenko\'s Expressive Rhythm series was preceded by photographs he took during the 1930s in Karelia (primarily landscapes) in which questions of abstraction were also central; these provide the direct visual point of reference of Pumhösl\'s film engaging with the work. The 35mm film installation is a dialog between the infernal landscapes of Karelia and the compositions of Charles Ives, in which Pollock\'s notion of nature and abstraction is reflected at an earlier point of history. This work emerged in collaboration with Hannes Böck (camera) and Marino Formenti (music).

Figural studies are the subject of Pumhösl\'s second film project, a film hybrid between abstract animation and a dance film. The goal of this film project is developing a kind of \'figure book,\' a catalog of abstract figures and dance figures that allows the foundations of spatial experience in abstract film and in modern stage to become the object of investigation.

In a 48-image cycle entitled Diminution, Florian Pumhösl engages with the possibilities of portraiture, the echo of individual characteristics and profiles, in the framework of an abstract vocabulary of forms. In so doing, a \'society\' of images understood spatially, a kind of post-individualist score. The title Diminution is borrowed from musical compositional theory, and refers to the repetition and diminution of a motive.