Edvard Munch and the Uncanny

Edvard Munch and the Uncanny 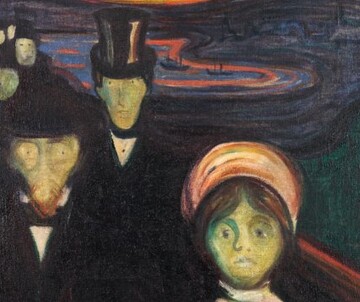 Edvard Munch and the Uncanny
Ausstellung

Edvard Munch (NOR), one of the most important European artists, stands at the center of the main autumn exhibition of the LEOPOLD MUSEUM. The themes of love, fear and death dominate Munch\'s oeuvre. The symbol-laden atmosphere lends many of his works an air of uncanniness. The artist\'s emotional states and inner conflict manifest themselves in drastic pictorial inventions, such as in the works Angst and The Scream. Tragedy in a sexual relationship becomes clear in the painting Vampire, in which the woman with the snake-like red hair sucks out the blood of her \"male victim.\"

The exhibition Edvard Munch and the Uncanny contains works ranging from the late 18th century (Piranesi, Goya\'s Caprichos) up to the early 20th century. In his 1919 essay on The Uncanny, Sigmund Freud was then to examine the artistic and psychological concepts that are associated with this term.