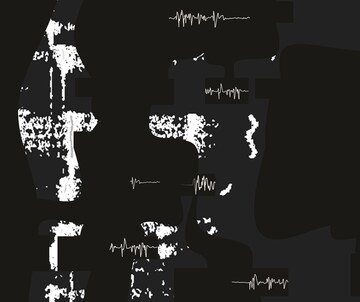 Eight frequencies of performer’s brainwaves are scanned in real time and converted into sound phenomena. In biofeedback theory, alpha waves reflect a relaxed state and the REM phase of sleep; beta waves are associated with active thinking and concentration; gamma waves relate to conscious attention; theta waves increase in meditative states, while delta waves occur during deep sleep. The performer will  put himself in various cognitive states to control the music, using the timbres which were basis to create the sound layer of Tonspur #78 Echoes of Mind installation.