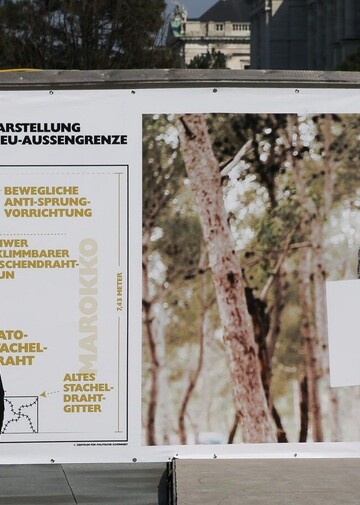 The exhibition "united nations extended — The Vienna Dialog" engages with the forgeline between art and politics, using the United Nations as an example. Alongside critical statements by contemporary artists, the exhibition also shows poetic and documentary works that present a broad survey of artistic positions since the 1990s. Compiled by the curators Signe Theill and Peter Winkels at freiraum quartier21 INTERNATIONAL in the MuseumsQuartier Wien, the exhibition engages with figurative and symbolic political acts.
The policy issues that the artists focus their attention on range from the Palestine Conflict, via the Iraq War, the genocide in Rwanda, the civil war in Bosnia, and the plight of refugees on the borders of the EU, to the connections between the personal and politics in the context of the UN. The earliest works stem from the 1990s, the most recent have been specially completed for the exhibition and are being shown for the first time. 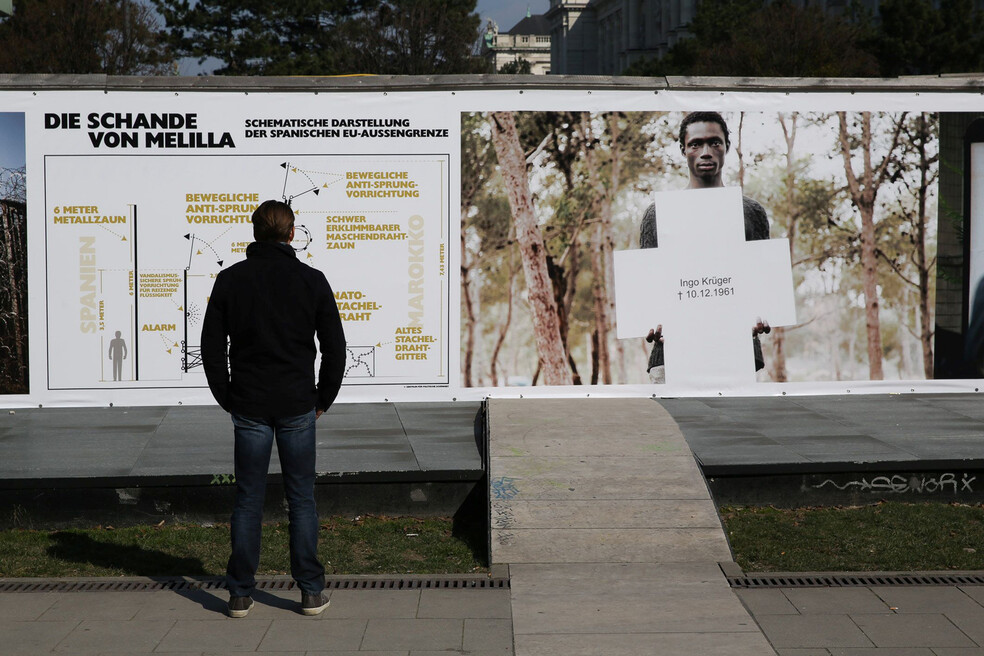 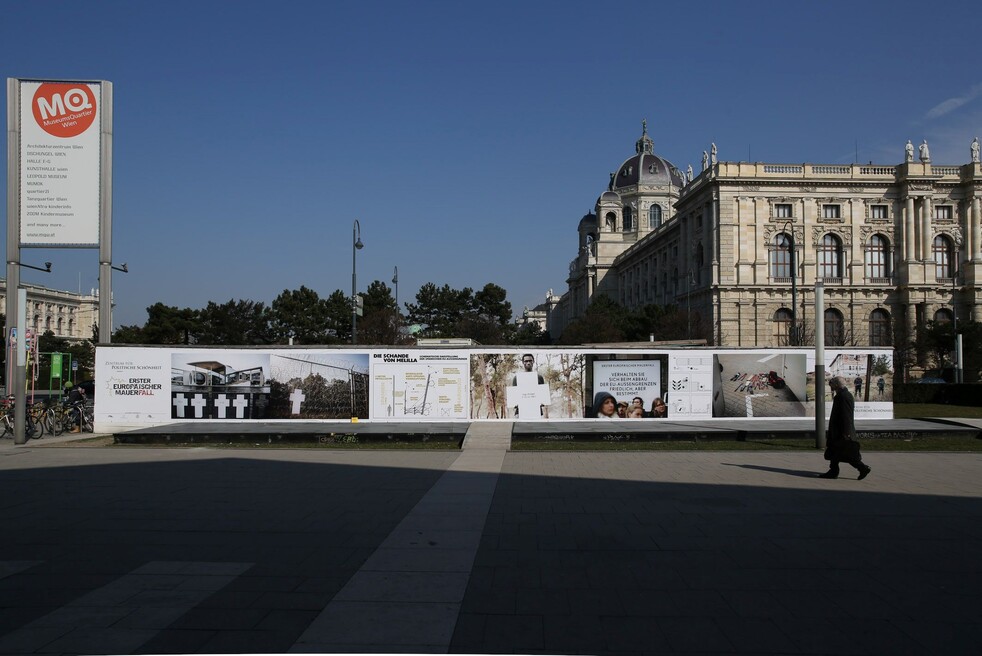 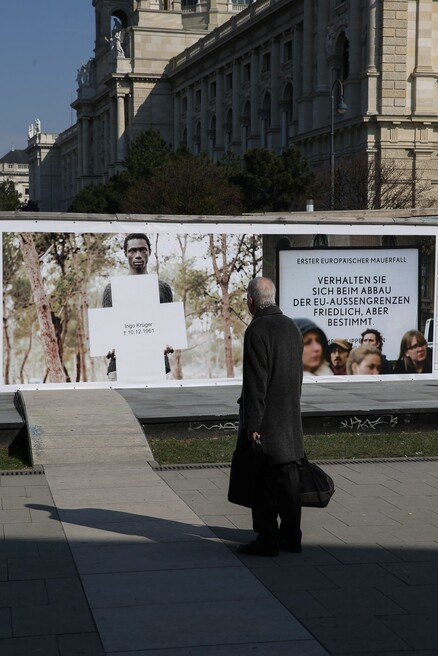 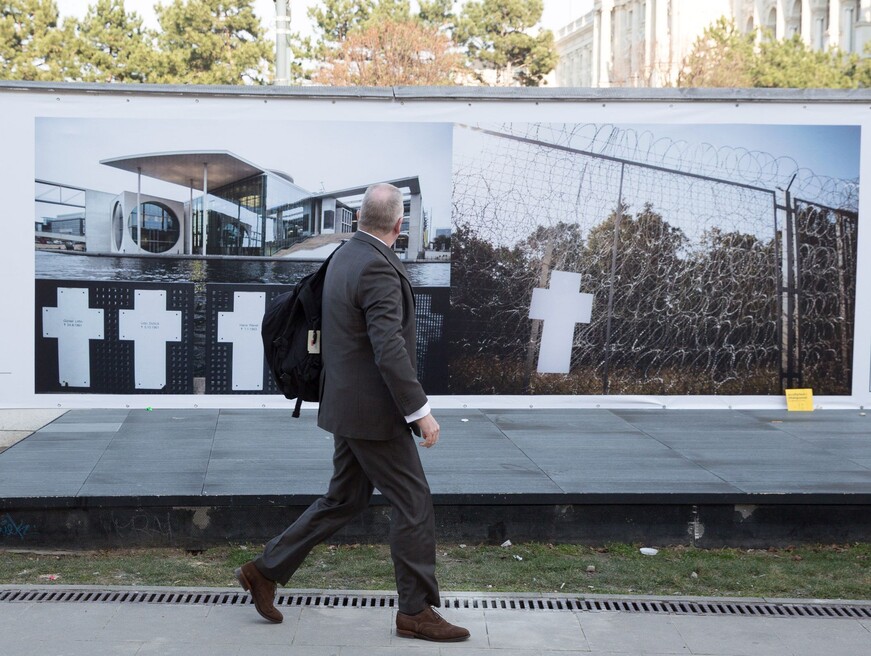 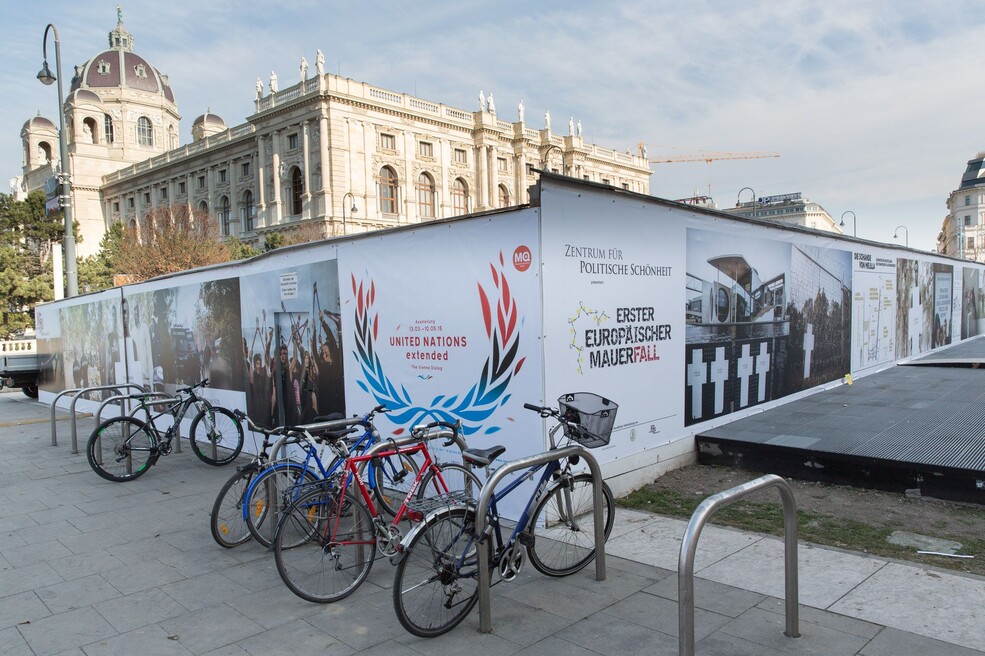 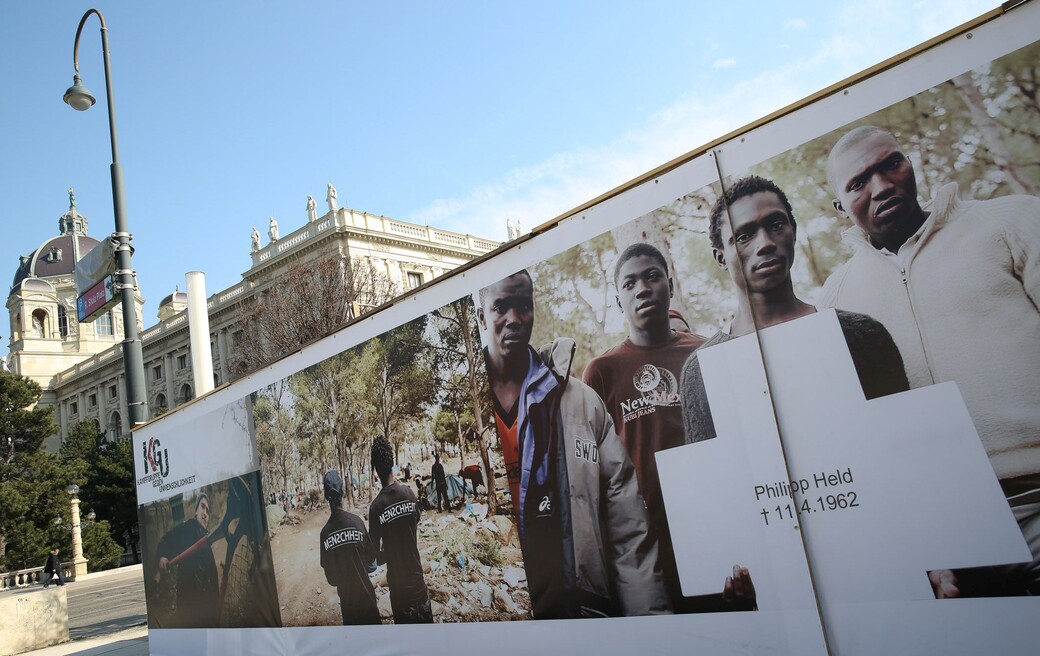 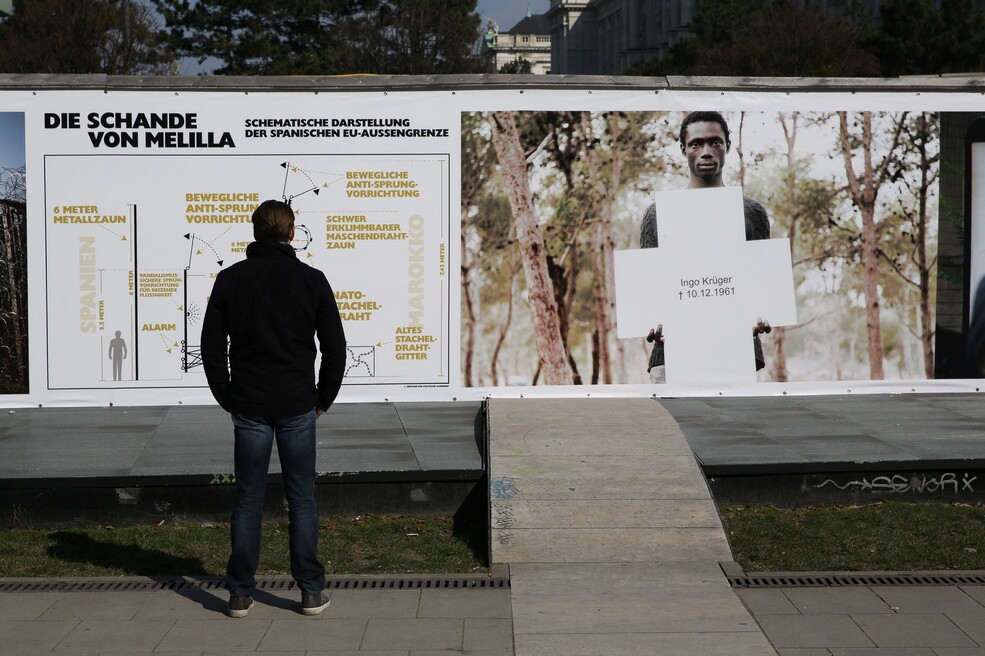 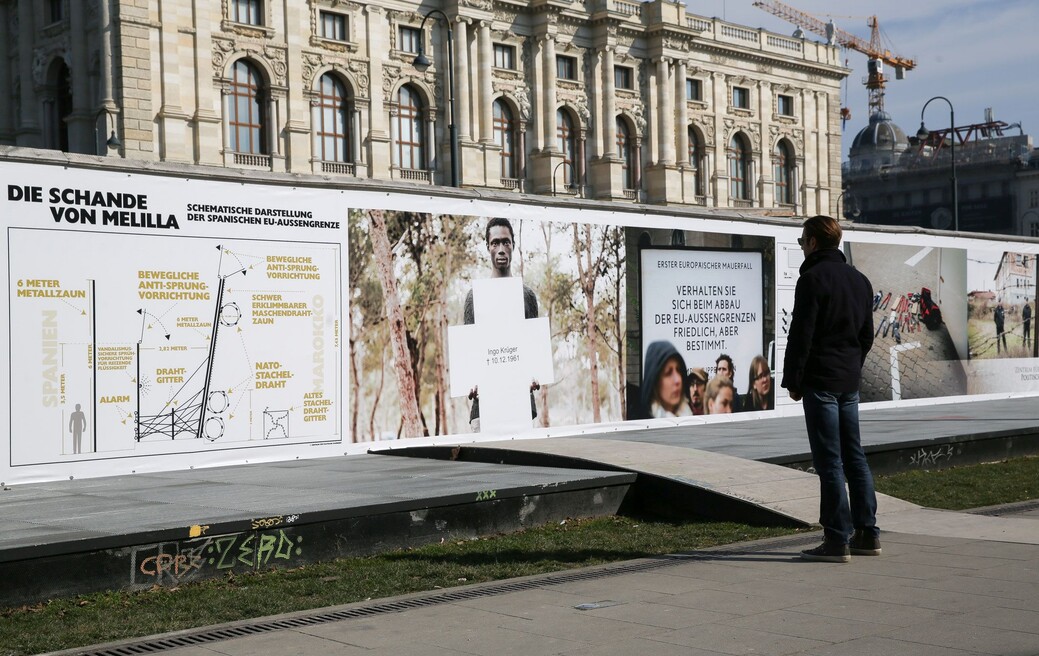 Participating artists include: The Center for Political Beauty (GER), who caused a political scandal last year during the celebrations of the fall of the Berlin Wall with their "Erster Europäischer Mauerfall"; Goshka Macuga's (POL), whose multifaceted installation "The Nature of the Beast" alludes to the United States Secretary of State, Colin Powell, and his speech on the alleged weapons of mass destruction in Iraq; Sophie Calle (FRA) has a far more intimate and personal background to her multimedia artwork "Prenez soin de vous", completed in 2004, which includes the reading aloud by 107 women of an Email from Calle's ex-boyfriend ending their relationship. 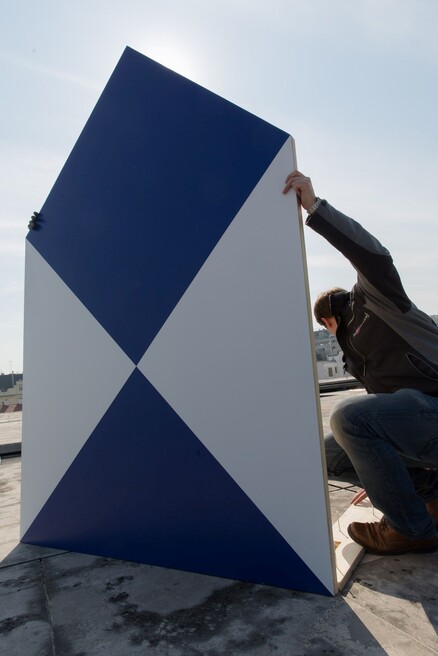 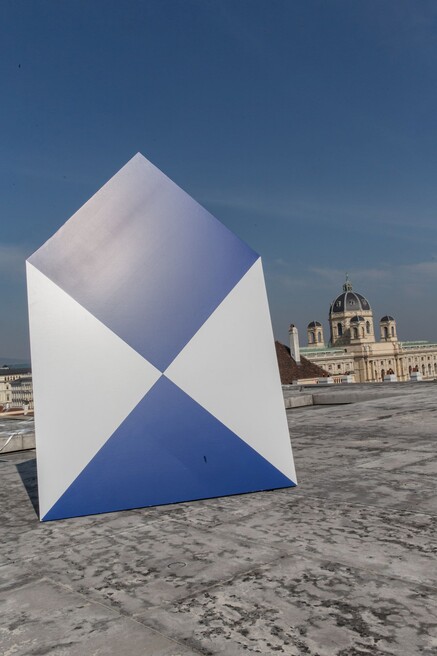 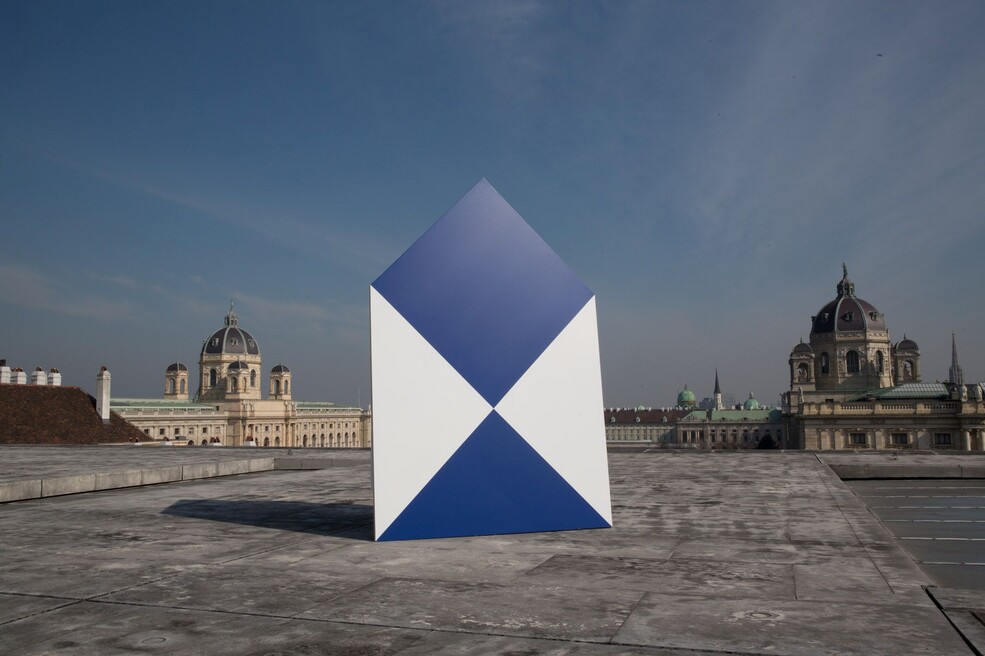 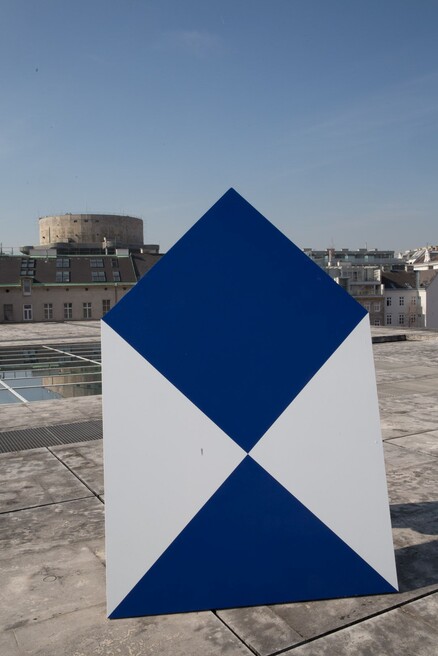 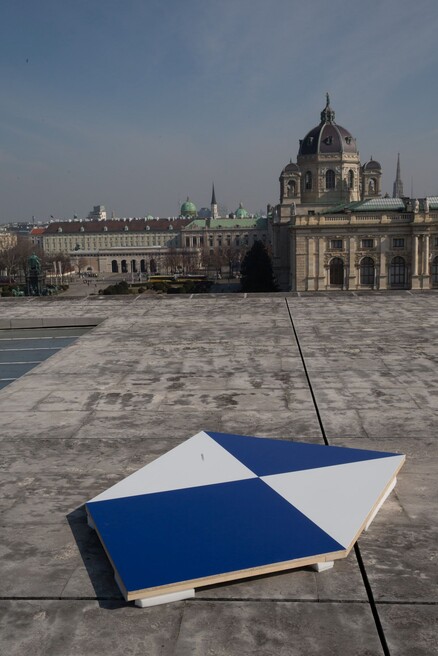 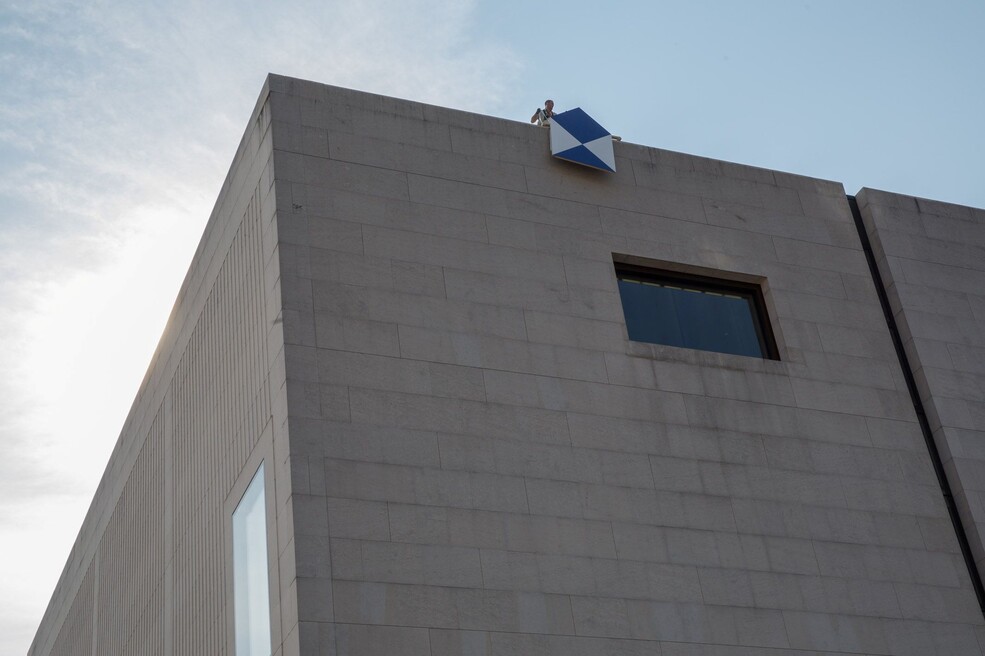 The history of the United Nations is also the history of a special relationship with art. The global organization has been collecting art, commissioning artists in the UN cities, and receiving artworks as diplomatic gifts from the outset. The UNO City in Vienna also has a significant collection of Austrian artists' work donated in the early-1970s by the Republic of Austria. On the 60th anniversary of Austria's membership of the United Nations, artists such as Jan Stradtmann (GER), Maurice de Martin (GER), and Janina Janke (GER) present the results of their research at the Vienna International Center. The photographs by Stradtmann show the cool elegance of the building's interior, while the project "UN.KNOWN SPACES" by artist duo Janke/de Martin directs attention to the people who work for the United Nations, with interviews, videos and other documentary material compiled in Vienna, Nairobi and New York.

The Berlin artist Alfred Banze (GER) traveled around the world with a copy of the mural by Per Krohg in the UN Security Council, the first artwork completed for the United Nations. He brings numerous videos to Vienna of this international workshop tour, lending a hearing to a vast range of voices, both with contemporary interpretations of the mural as well as on the vision of the United Nations.

Also on show are new works specially created for the exhibition by the quartier21/MQ Artists-in-Residence, among others by Sibylle Hofter (GER), who has installed a temporary local office for her exceptional photo agency, Schwimmer, in the exhibition space, or Guy Wouete (CMR), who has produced new photos as well as videos in Vienna.

An extensive supplementary program accompanies the exhibition and provides a deeper insight into the art that surrounds the United Nations. From the first gift for the United Nations Security Council Chamber to an introduction to the International Academy of Art Palestine, lectures, screenings and artists discussions are geared to promote a transdisciplinary dialogue.


"united nations extended — The Vienna Dialog" is organized in cooperation with the Austrian Federal Ministry for Europe, Integration and Foreign Affairs. 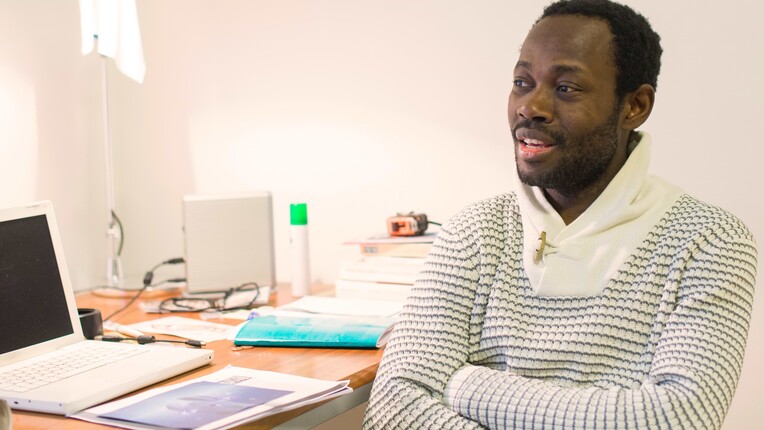 "In my language there is no word for art."