Notes on the Beginning of the Short 20th Century 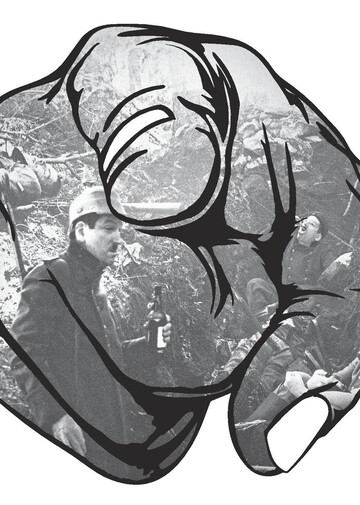 Notes on the Beginning of the Short 20th Century

The exhibition Notes At The Beginning Of The Short 20th Century, curated by Andrea Domesle and Frank Eckhardt (GER), features current works by European artists on World War I, and opens at freiraum quartier21 INTERNATIONAL in the MuseumsQuartier Wien on 2 June.

Notes on the Beginning of the Short 20th Century pursues the historical traces of the First World War in the present, and reflects on their treatment. What does that period of time, those events a long time ago, mean to us? What is behind current engagement with the subject? What are the intentions and the image politics behind different forms of engagement with the past?

The exhibition explores the extent that contemporary art can expand the cultural memory, correct or even contribute to a finding of the facts. At the same time, the exponents show altered rather than socially compliant images of history, highlighting differences between national narratives about the war and cultures of commemorating it.

The slideshow Reparatur. 5 Akte (2012) by Kader Attia (France) links, inter alia, the European treatment of the World War I and the history of colonialism with current policy on immigration. Deborah Sengl (Austria)shows the sculpture In-Chlor-Ious Basterd, in allusion to the "father of chemical warfare," chemist Fritz Haber. While Olga Alia Krulisova & Jana Morkovska (Czech Republic) have filmed a re-enactment of the assassination of Archduke Franz Ferdinand of Austria in Sarajevo. The New York-based Austrian Nin Brudermann (Austria) engages with her own family history for her installation Clash of Giants, as well as for a short film of the same title. The Russian artist group San Donato (Russia) have re-installed an iron soldier made of nails that was popular during the Great War as a patriotic sculpture.

The exhibition also includes new works completed by the quartier21/MQ Artists-in-Residence during their stay in Vienna, among these are an installation by the group ETAGE (GER), who reflect on images of the war.Beate Passow (GER) engages with the writings of Gottfried Benn and Georg Trakl, and uses embroidery as a metaphor for the combination of otherwise incompatible elements. In contrast, Joachim Seinfeld (GER) manipulates historical documentary material in his series of photographs "Wenn Deutsche lustig sind – Dokufiction." The artistic play on identities is intended to encourage viewers to reconsider their own individual social frame of reference for history.

A program of lectures, screenings, artist talks and guided tours accompany the exhibition, as well as events for children and teenagers.


"Notes on the Beginning of the Short 20th Century" is organized in cooperation with the Austrian Federal Ministry for Europe, Integration and Foreign Affairs; "Motorenhalle. Projektzentrum für zeitgenössische Kunst Dresden" and Pro Helvetia, Swiss Arts Council. The supplementary program and workshops are held in cooperation with the Young European Federalists (JEF).